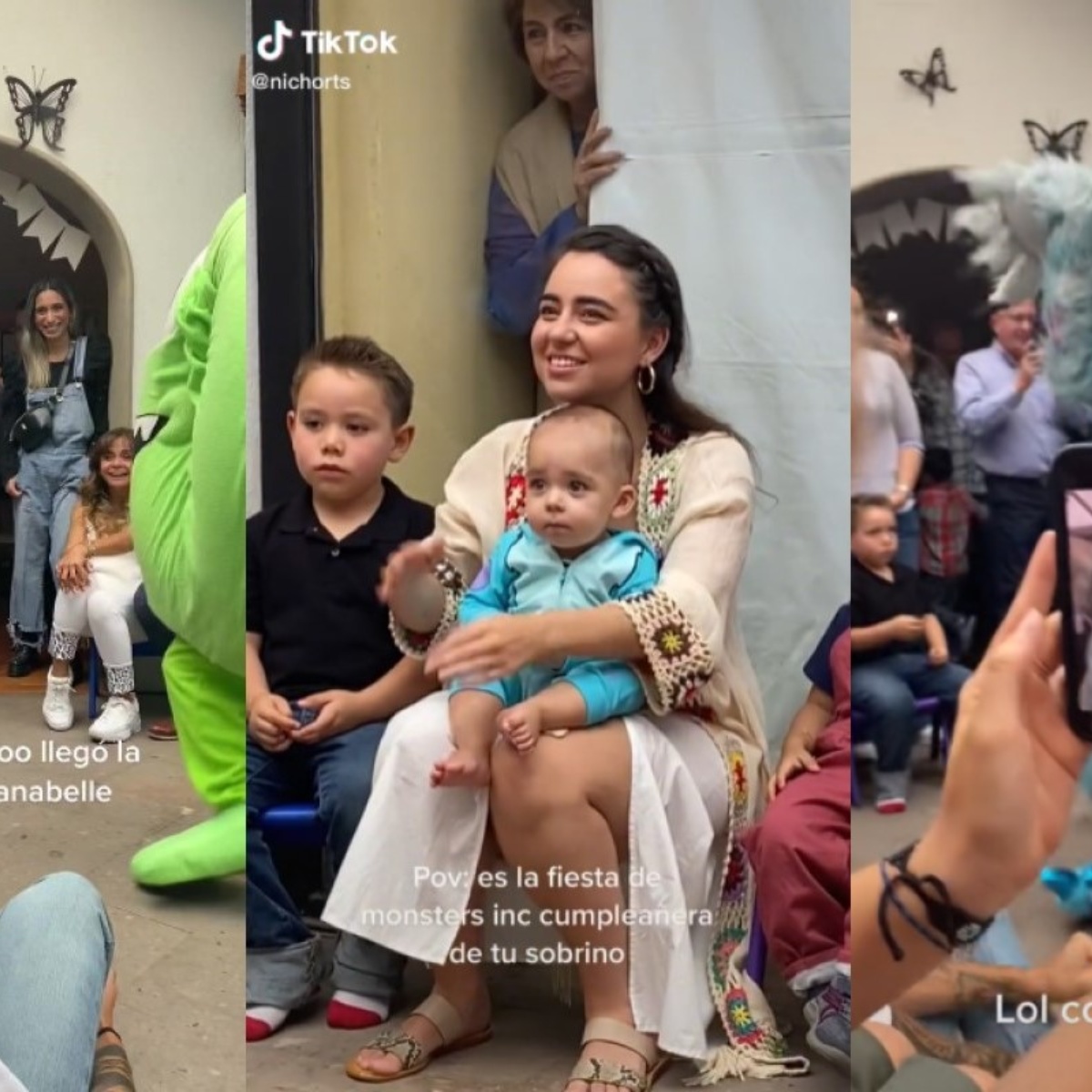 At birthday parties it is common to organize surprises, bring mariachis and in the case of the little ones, a show is usually given but on this occasion AmericanPost.News will talk about the Monster Inc. that scared the little ones; we tell you

But sometimes things don’t go as expected, as happened at a children’s party where the hired botargas were completely terrifying.

It was on the ‘nichorts’ TikTok account, where this case was made known, which immediately gave a lot to talk about and went viral.

Monsters Inc mobsters came to a children’s party to entertain the attendeesyes However, when one of the characters appeared, his hands were longer and looser, and his head even fell off.

Secondly, When Boo arrived at the celebration, the user highlighted that she looked more like Anabelle’s cousin because of how it was created.

This is how, in the presence of the botargas that seemed to be taken from a horror movie, the relatives began to laugh, while the children were more afraid than amused during the birthday party.

It may interest you: Intense rain ruins the party, until “Doña Ambientes” came out; it’s already viral

Partygoers began to jeer and even took photos with them. They even posed as if they were “drugged” while the users did not let their comments go through the terrifying Monster Inc botargas.