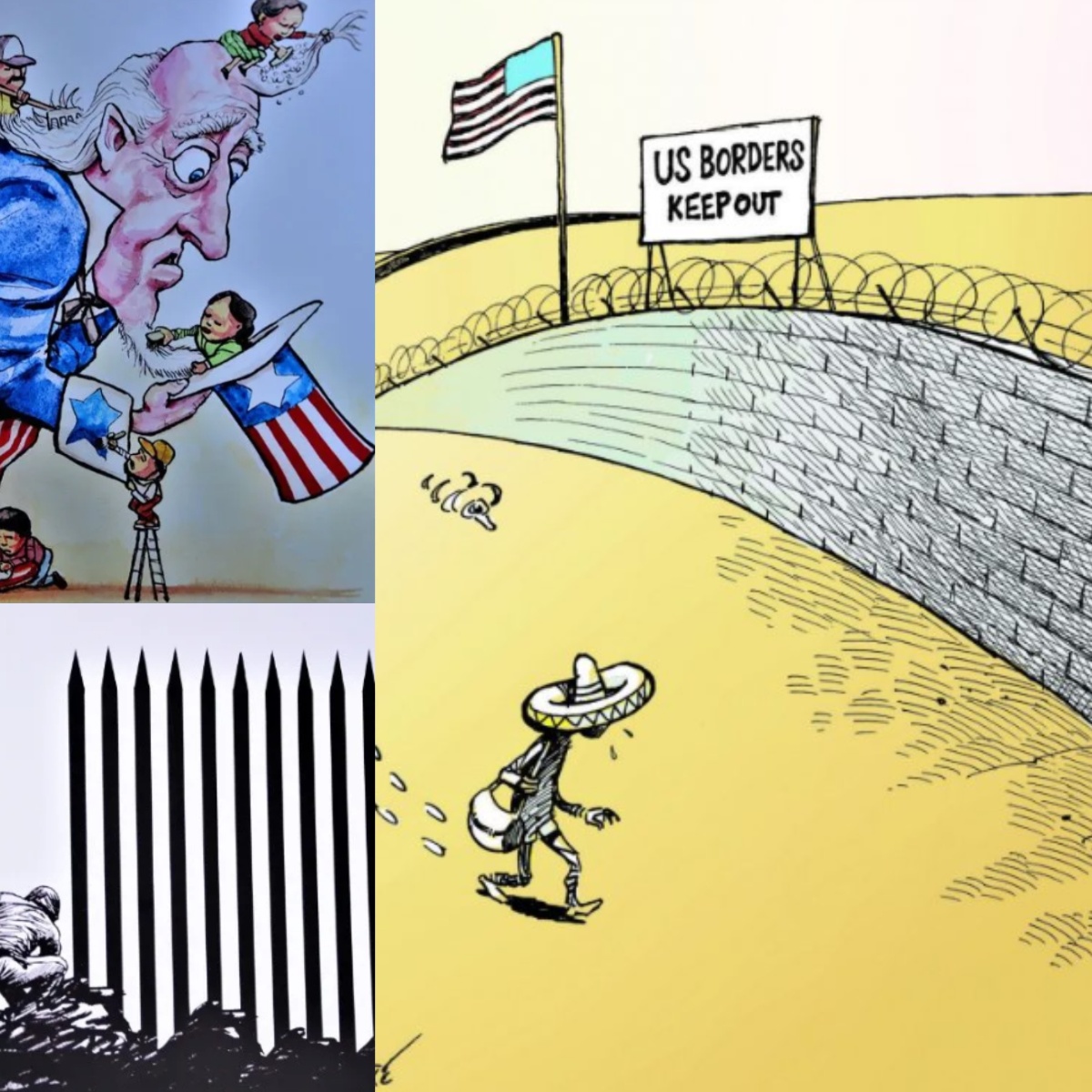 With 44 works of artists from different countries, the National Museum of World Cultures (MNCM), received the exhibition Crossed Feathers.

From a dissident humor, the caricature exhibition addresses and raises awareness about the anti-immigrant policybased on a symbol: the border wall between Mexico and the United States.

framed in the “was Trump”the project that led to these cartons on a problem that is expressed regionally, but whose origins cross oceans, was generated in 2020 by the Network of French Alliances of Mexico, through its culture season “The walls: between border and freedom of expression”.

During the inauguration, the director of the MNMCAlejandra Gómez Colorado, expressed that the invited artists explored the border as physical realitybut also as a theme for imagination and a field of experimentation that fosters the explosion of projects.

“These cartoons deal with a complex issue: the walls that are dividing us, and the National Museum of World Cultures hopes to be a space for reflection on these divisions, to transcend the violence we face and, unfortunately, it intensifies day after day. ”, expressed the anthropologist.

They expose cardboard from the border wall

At the opening of the exhibition, which was also attended by the representative of UN Women in Mexico, Belén Sanz Luque, the Swiss ambassador to Mexico and Belize, Pietro Piffarettireturned to the point of the strength of the image, “an impressive and effective communication tool. graphic humor who stars in this exhibition shows that power”.

“The cartoons address a topic that toured the world: the wall to divide Mexico and the United States. Unfortunately, this idea has been replicated in the world, under the false idea that these can prevent historical processes. We are all actors in these processes that represent a civilizational challenge, and we know that walls are useless, except to polarize, so we must face the structural causes of this problem. No one leaves their home and country of their own free will.if he is not forced to do so”, concluded the diplomat.

The exhibition Crossed Feathers. The caricature as a tool for dialogue can be visited on the second floor of the National Museum of World Cultures (13 Moneda Street, Historic Center of Mexico City) until August 25.

Where is the border wall located?

In 2017 it is formed by a physical barrier of about 900 kilometers in length in the border area of ​​Tijuana (Baja California) – San Diego (California).

Via AmericanPost.News It was reported when President AMLO has revealed that he had a pact of silence with Trump on the border wall.