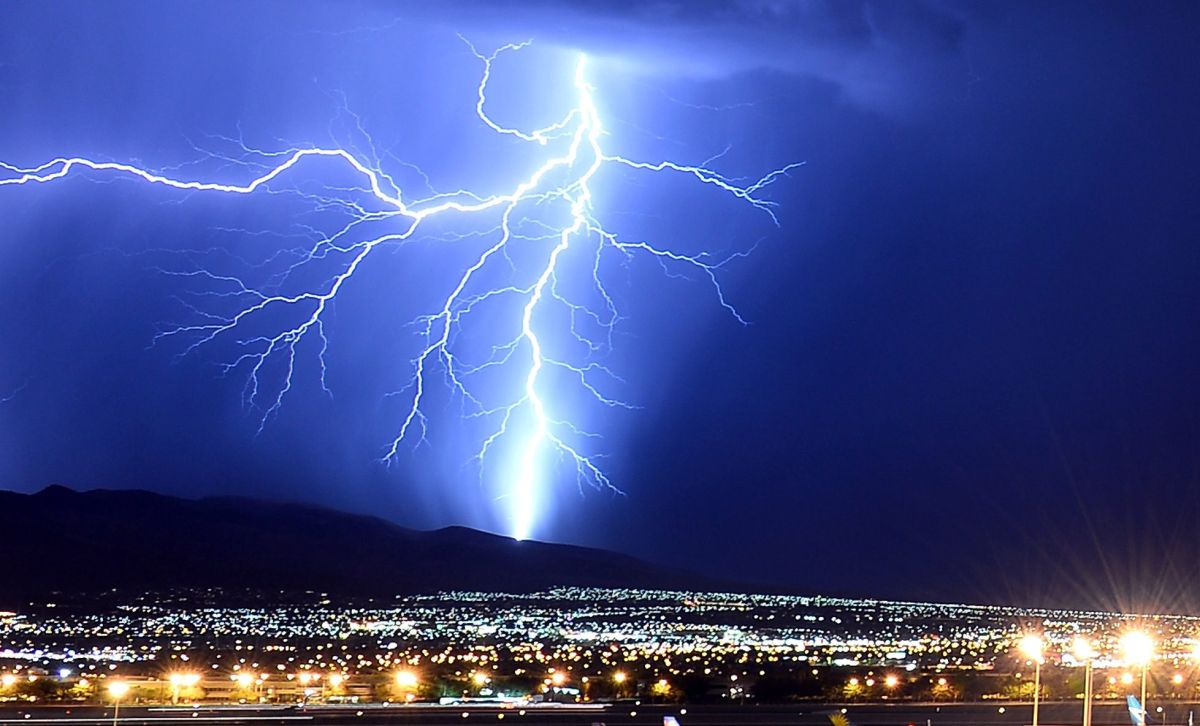 Neighbors said they heard loud thunder and saw frequent lightning throughout the morning, but she ignored them – Photo: Ethan Miller/Getty Images

The life of Antonia Mendoza Chávez, 52, and her two dogs ended when they were struck by lightning in Pico Rivera as thunderstorms battered Southern California, according to the Los Angeles County Sheriff’s Department.

Authorities did not initially release the identity of the victim, but As the hours passed, it became known that it was Antonia, who, according to the surveillance images of the house, show her last moments alive.

According to the authorities, Antonia Mendoza was walking in a riverbed near Mines and Rimbank avenues in the community about 15 miles southeast of downtown Los Angeles.

“There were marks on the floor that indicated that some type of powerful entity hit the asphalt,” Morgan Arteaga of the sheriff’s department said. “Obviously, this is a very rare occasion, but when the weather is a bit unpredictable, we always advise staying inside, where we know it’s safe, until the weather improves.”

Despite the call of the emergency teams, the paramedics and the police confirmed that she was found dead on the road with her two dogs.

Notably, lightning deaths are very rare in California; since 2006, there have been nine cases, and this was the first this year.

At the national level, six lightning deaths are recorded up to June 22 in an average year; however, the news of the tragedy disturbed the residents of the area.

“I’m scared,” said Mary Pérez, who lives in the area. “I told my granddaughter and her friend that I wouldn’t walk to school; she would drive me. I think more about lightning. Not that I’ve never thought about it, but I didn’t think she could really do that. It is awful.”

Lightning is a very powerful natural discharge of static electricity, and the probability of being struck by one is much higher in rural areas because tall, metal-framed buildings protect adjacent areas (as do lightning rods), while in the countryside, tall, isolated trees attract lightning.