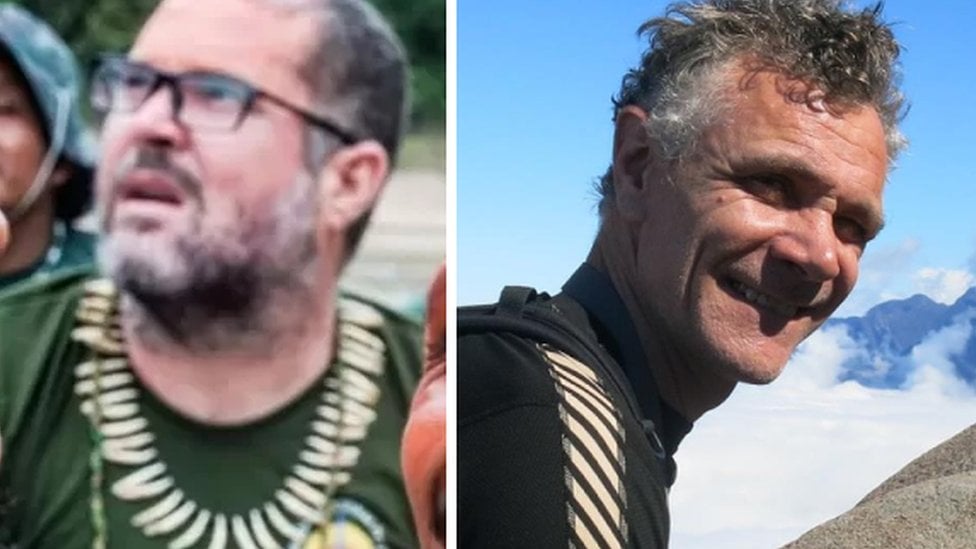 The Brazilian police confirmed this Friday that the remains of a body found correspond to the British journalist Dom Phillips, who was murdered along with the Brazilian indigenist Bruno Pereira in the Amazon.

The identification was based on dental recordsaccording to the police.

It is believed that a second body found could be that of Pereira, but it is still being examined in the city of Brasilia.

Both were in the Yavarí Valley, in the extreme west of Brazil.

Earlier this week, a suspect identified as Amarildo da Costa de Oliveira confessed to having buried the bodies.

According to police, the suspect explained in detail how both men were killed, then led officers to where their bodies were buried.

Then the human remains were unearthed.

The suspect’s brother, Oseney da Costa de Oliveira, was also arrested in connection with the murders, but denies any involvement in the events.

“We thank everyone who has participated in the search, especially those indigenous groups who worked tirelessly to find evidence of the attack,” they said in a statement on Wednesday.

In a separate statement, Phillips’ wife, Alessandra Sampaio, said: “Now we can take them home and say goodbye with love”.

Sampaio added that the confession marked the beginning of a “search for justice”.

Bruno Pereira had been introducing contacts to the journalist, who was writing a book about the Amazon.

He had also been her guide when her boat failed to reach a point near the Peruvian border.

The search operation for Phillips and Pereira had been criticized by non-governmental organizations and some relatives of the disappeared, who complained about the delay in the deployment of the armed forces.

Who were Dom Phillips and Bruno Pereira

A prolific journalist in love with Brazil and a ally of the natives. This is how Dom Phillips and Bruno Pereira are described by some of those who knew them.

Dom Phillips had a prolific career.

At 57, he had been a correspondent for renowned media such as Guardian, Washington Post and the Financial Times.

He arrived in Brazil in 2007 in search of material for his first book, an intimate look at the world of electronic music through its protagonists, the DJs.

“He fell in love with Brazil and when he finished the book, he stayed. Brazil was his blank canvas, as it had been for many immigrants before him, and Dom was ready to begin painting a new life“, says his friend and colleague Andrew Downie in a text for the BBC.

At the time of his disappearance, Phillips was writing a book on sustainable development.

That was why he had come to Pereira, a indigenous expert whom he had met a year before in the same region where they would lose track.

Pereira knew the Yavarí Valley “like the palm of your hand”according to Downie.

It had been his area of ​​work for years, while he held the position of director of the Division of Isolated Indigenous Peoples of the National Indian Foundation (FUNAI).

However, with the arrival of Jair Bolsonaro to the presidency of the country, budget cuts began for organizations of this type and Bruno left the entity.

Since 2018 he has been working independently in the area, helping indigenous peoples in their struggle for environmental protection and its cultural integrity.

This had made it the target of threats from armed groups that operate in the area and that could be affected by the environmental proposals of the communities.

It was at this time that he met Phillips.

They both lost track of each other on their way back down the river to the state capital, Atalaia. They were last seen alive in a riverside community, upriver from Atalaia.

The dangerous valley of the Yavarí

The Yavarí Valley is a remote region the size of Portugal that is home to thousands of indigenous people from more than 20 groups.

It is a refuge for these indigenous groups, who live isolated from the outside world.

Experts say the area has become a focus of crime due to its remoteness and lack of government oversight.

In addition to clashes with poachers catching protected fish, there are also incursions by illegal gold miners, loggers and drug traffickers smuggling cocaine from nearby Peru and Colombia.

Violence in the area has also increased as gangs of drug traffickers They fight for control of the area’s waterways to smuggle cocaine.

The Yavarí Valley is known for violent conflicts between these various criminal groups, government agents, and indigenous peoples. Phillips and Pereira were documenting these conflicts.