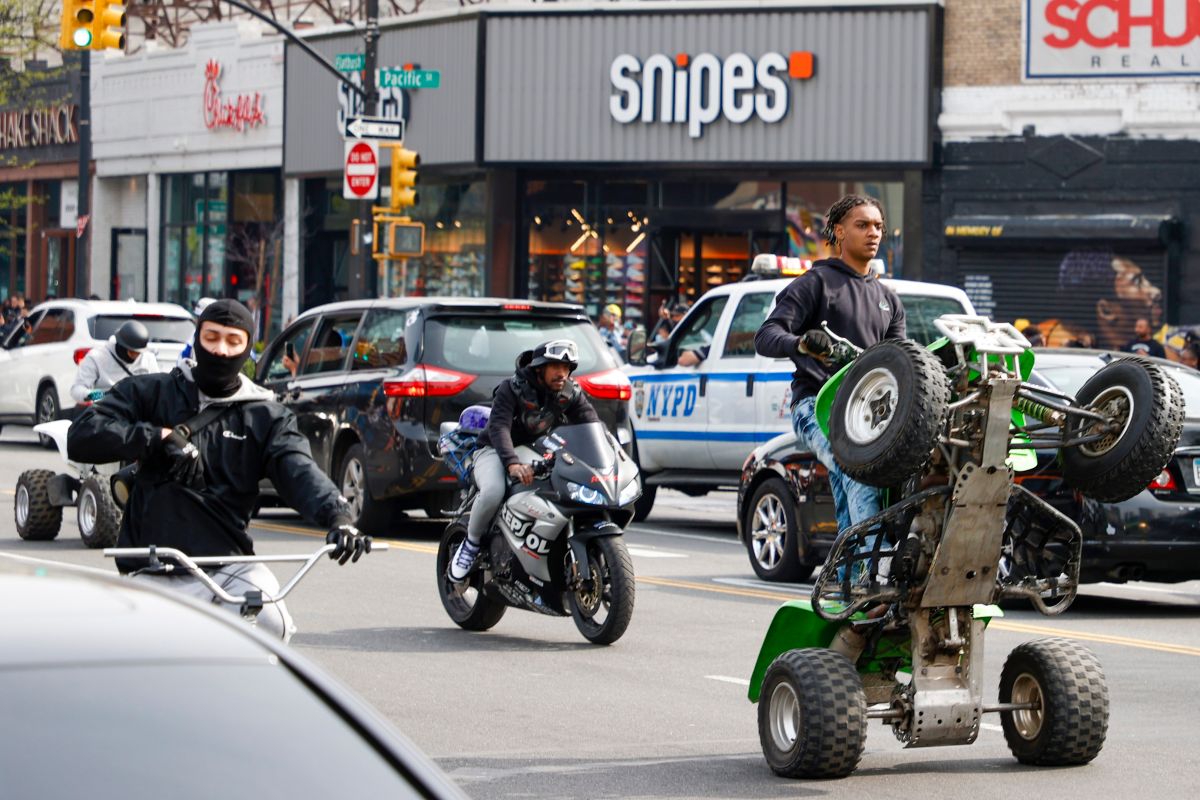 New York City officials’ commitment to making the road safety plan effective has led to increased funding to address traffic violence and crack down on speed breakers, make intersections and safer bicycle lanes, among other actions.

Now, with the arrival of summer, the New York City Police Department (NYPD) has targeted drivers of off-road motorcycles, whose use is prohibited in the Big Apple.

And to remove from the streets these vehicles that generate numerous complaints from New York drivers and pedestrians who are in danger due to their threatening maneuvers, noisy engines, speeding, racing on the sidewalks and lack of signage, the New York Motorcycle Plan was launched. summer 2022, a comprehensive strategy that seeks to collect information on where illegal motorcycles most frequently operate, where complaints about them come from, and where they are commonly stored.

After stating that the use of these vehicles puts all New Yorkers at risk: other drivers, passengers, pedestrians and also those who drive them, Police Commissioner Keechant Sewell maintained that it is the New Yorkers who live and work in the communities, and those who must endure these dangers, “who told us loud and clear: ‘Get these motorcycles out of our neighborhood.’ The NYPD got the message, and that’s exactly what we’re doing.”

The NYPD destroyed some 100 confiscated dirt bikes and motocross bikes at a Brooklyn junkyard this week to send a strong message against the illegal use of these vehicles on city roads this summer. Currently, there are another 588 similar vehicles waiting to be demolished.

Officials also said the dangers are heightened as large groups of people aboard these motorized bikes, lacking basic safety gear, tend to gather and wander through congested neighborhoods when the weather turns warmer.

“New Yorkers should be able to walk on our streets and in our communities without fear of being run over, and that is why, as part of the combined efforts to keep our streets safe, we are taking real action to eliminate the illegal motorcycles wreaking havoc among the residents of our city,” said Mayor Eric Adams.

“Safety on the streets is public safety, so we will not rest until our streets are safe,” said the municipal president.

A key component of the plan is to develop information on where such vehicles are hidden in NYCHA’s housing complexes and conduct operations to safely impound them, keeping in mind that parking these vehicles – with full tanks of fuel – in such public spaces constitutes a serious risk to the safety of the families who live in these buildings.

Other elements of the 2022 Summer Motorcycle Plan: