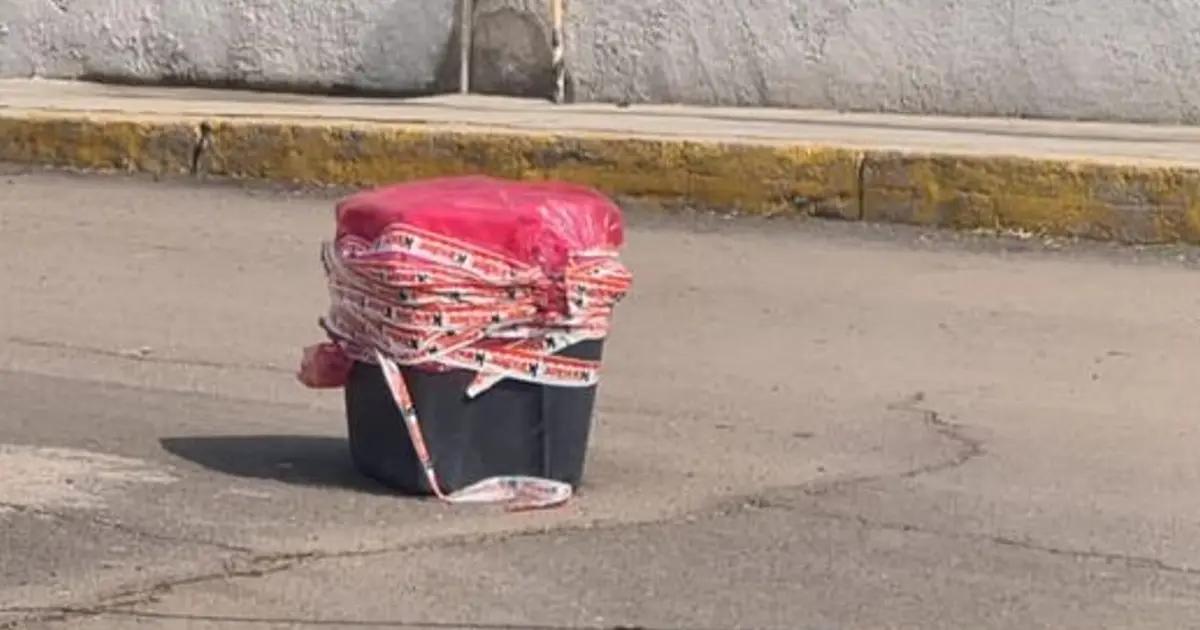 This is due to the war between the Jalisco Cartel – New Generation (CJNG) and the Santa Rosa de Lima Cartel (CSRL) for control of the territory, which has left a trail of blood in several municipalities of the state, including Irapuato.

A few days ago, nine people lost their lives in a bar in Apaseo el Alto on the Panamerican Highway, in Guanajuato, allegedly after a shooting signed by CSRL.

In Irapuato, a macabre discovery was recently reported outside a house that, according to local media, belongs to a municipal police officer.

A cooler with a pig’s head wrapped in black plastic was abandoned there. A floral arrangement and a threatening message were left next to it.

Although the authorities did not disclose the content of this warning, they are already investigating which criminal group was behind this terrifying scene and the reasons for the threat against the uniformed officer.

It should be noted that this is not the first discovery of its kind in the city of Irapuato, as, on October 13, a similar event was reported when a pig’s head was discovered inside a cooler outside the offices of the Federal Electricity Commission (CFE) union, along with another warning message on a poster board.

In addition, Irapuato has been the scene of terrible massacres such as the one registered on October 15 in El Pantano bar, where an armed commando shot at the people who were in the place and killed 12 of them.

In this regard, local authorities pointed out that crimes committed in bars, cantinas, and nightclubs are common, as it is in these areas where the sale and purchase of drugs are carried out abruptly.