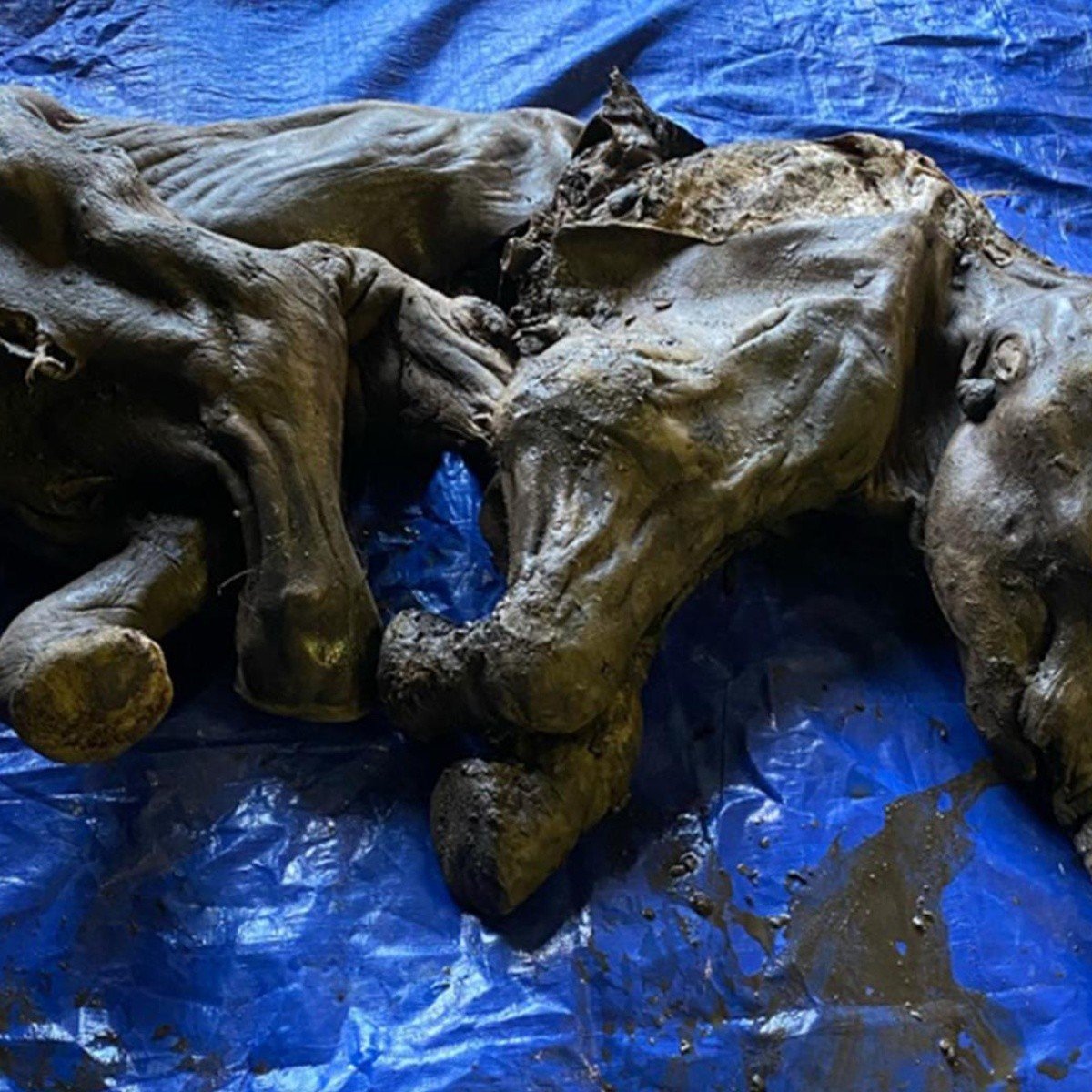 Ottawa, Canada.- The mummified remains of a baby woolly mammoth almost complete, with skin and hair intact, were found in gold mines in northern Canadain one of the great discoveries of these animals of the ice age.

“It is magnificent and is one of the most amazing ice age mummified animals discovered in the worldpaleontologist Grant Zazula was quoted as saying in a statement Friday from the government of the Yukon Territory, which borders Alaska.

The specimen, a female, was found on Tuesday and baptized “nun cho ga“, “large baby animal” in the native language, and its skin and fur are intact.

His remains were discovered under the permafrost, south of Dawson Cityin the Yukon Territory.

The animal would have died more than 30,000 years ago when the region teemed with woolly mammoths, wild horses, cave lions, and bison.

It is the first almost complete mummified mammoth and so well preserved found in North America. A part of remains of a baptized baby mammoth Effie They had been found in 1948 in an Alaskan gold mine, and in 2007 a 42,000-year-old specimen was found in Siberia, called Lioubathe same size as the latter discovered.

“Mummified remains with skin and hair are rarely unearthed,” stressed the government of Yukon, a territory known throughout the world for its animal fossils of the ice age.


Meet Speedy, the baby hippo who steals glances at the Guadalajara Zoo