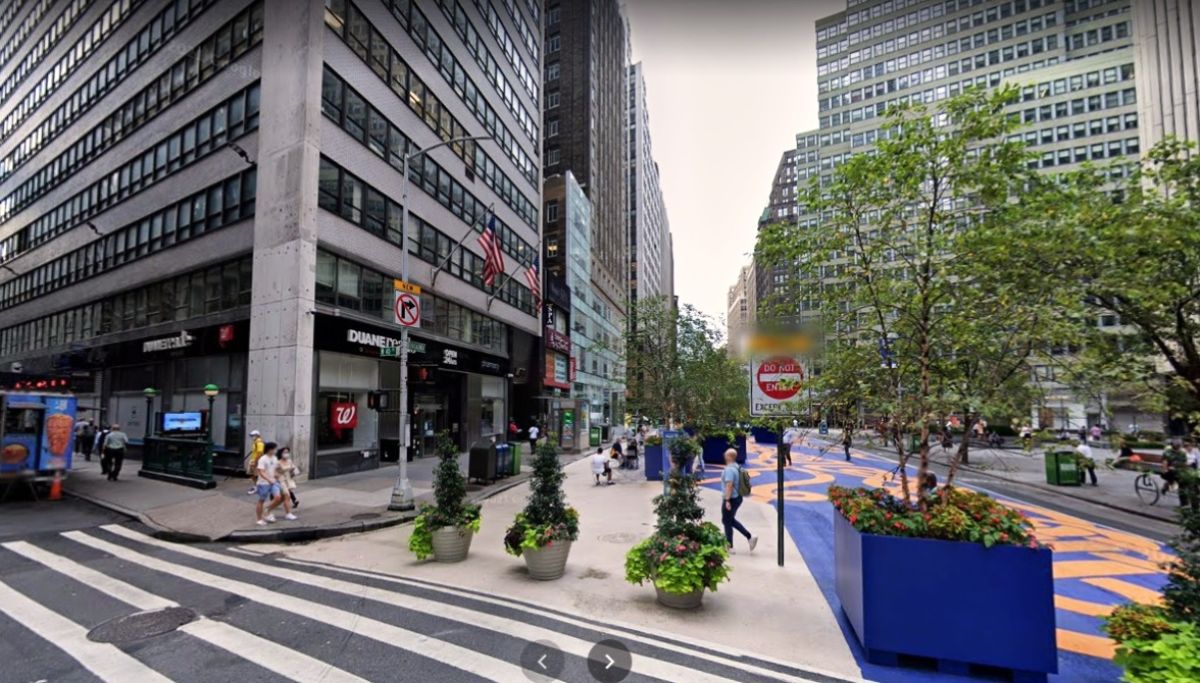 A few days ago there was a tragedy in the broadway avenuein Manhattan, after a taxi driver ran over a cyclist and seriously injured a couple of tourists, and this Friday the mayor, Eric Adams announced a plan to improve road safety on that crowded street in the Big Apple.

The mayor presented the municipal proposal to expand the “open streets and protect pedestrians” program and mentioned the need to reinvent and redesign the road and announced that the community will participate in reviewing the plan, which seeks to give priority to pedestrians, create more shared spaces and initially improve traffic between West 25th and 32nd Streets at Broadwayand eventually between Union Square and Columbus Circle.

“There is no more iconic street in this city than Broadway: both our small and large businesses sit on it, our tourism and entertainment centers move through it, and millions of pedestrians walk through it every day, so I completely reject the idea that people inevitably be injured or killed by vehicles on this same street,” he said. the New York president.

“Traffic violence is preventable, and I will do everything in my power to prevent another accident when we already have the tools in our toolbox to prevent it. I want to thank our partners in the community who are helping develop and execute this plan; We look forward to working with them and others on similar projects in the future.”

The Deputy Mayor for City Operations Meera Joshiassured that the ‘Broadway Vision’ proposal will allow some of the busiest corridors to be more mixed.

“Thanks to the DOT (Department of Transportation), we can create public spaces that support a wide variety of mobility and that are safer, cleaner and more vibrant for all,” said the official.

The Commissioner of the Department of Transport, ydanis rodriguez He highlighted that the reforms proposed for Broadway will create welcoming plazas and promote safe and efficient transportation options.

“We are thrilled to begin outreach on this next section of our ‘Broadway Vision’ plan, and we remain committed to delivering these transformational redesigns throughout the corridor between Union Square and Columbus Circle,” the official said.

The Broadway renovation plan includes extending the street open in partnership with the Flatiron NoMad Partnership two blocks north by the end of June to 29th Street.

Also from this week public participation activities began with committees of the Community Board 5 to analyze the plans for the section from 25th Street to 32nd Street, from Madison Square to Herald Square that would add new pedestrian and loading zones and two-way bike lanes.

Among the proposed changes is also a plan to turn the Broadway between 28th and 29th streets on a shared street to improve traffic and add a new protected space for pedestrians, with planters and granite blocks.

Data from the first phase of the Broadway redesign proposal