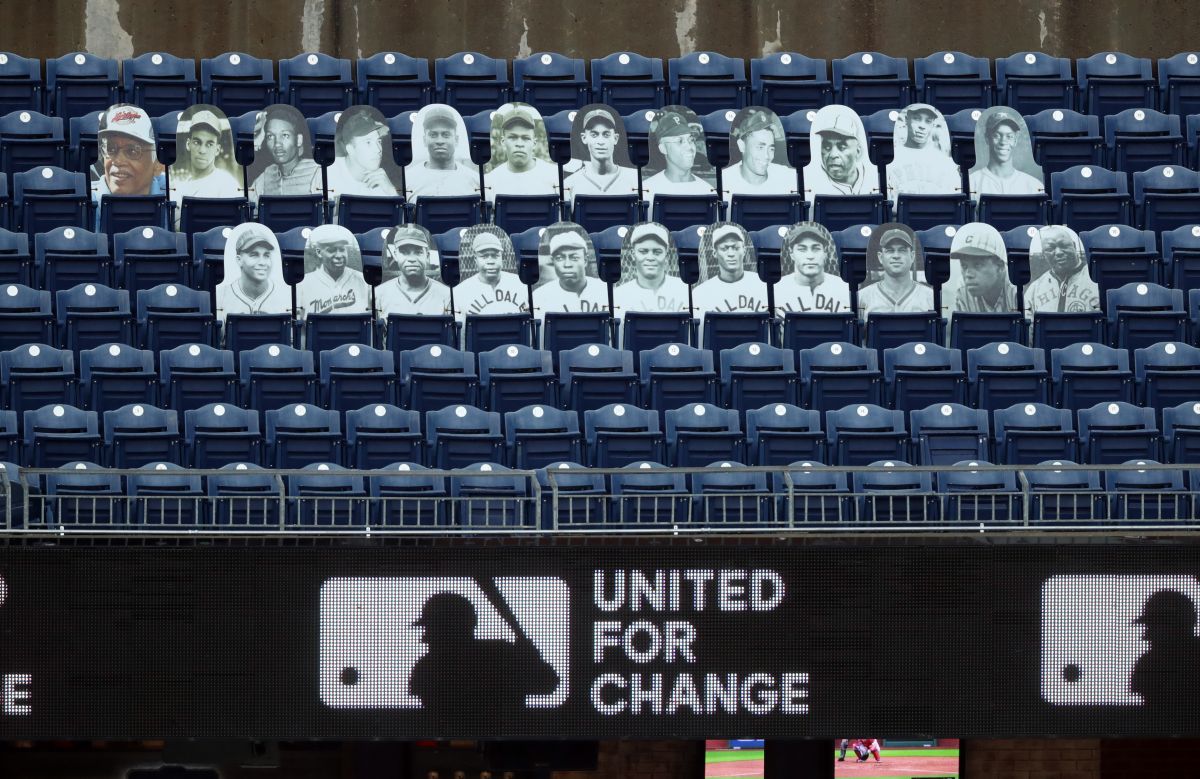 The bobblehead dolls replicate the 13 life-size statues featured from the NLBM. These figures, also known as Bobbleheads, are available individually or as a puzzle set. The latter is a complete replica of the Field of Legends, including the outer walls of the stadium and the NLBM scoreboard.

“The Field of Legends is a notable feature of the NLBM. Now people can have their own complete or individual bobblehead replicas. Negro Leagues bobbleheads are a great way to keep the legacy of the league and its players alive,” said Phil Sklar, museum co-founder and CEO.

Behind the plate is catcher Josh Gibson, one of the most prolific hitters in baseball history. At first base is another Cooperstown Hall of Famer, Buck Leonard, Gibson’s teammate with the Homestead Grays. Pop Lloyd figures at second base, Judy Johnson oversees shortstop, while Ray Dandridge holds third base.

In the outfield are Cool Papa Bell, Oscar Charleston and Leon Day. On the mound is Satchel Paige, perhaps the most famous Negro Leaguer of all time. At the plate stands out Martín Dihigo, the only man to be included in the Hall of Fame in four countries: Mexico, Cuba, the Dominican Republic and the United States.

Other statues commemorate Rube Foster, the founder of the first Negro National League; Buck O’Neil, former Kansas City Monarchs player and coach and museum board member until his death on October 6, 2006; and umpire Bob Motley.

Individual bobbleheads feature each player’s name on a plaque at the top of the base. It is worth noting that the NLBM was founded in 1990 in Kansas City, and is a privately funded museum dedicated to preserving the history of Negro League baseball in the United States.

The National Bobblehead Hall of Fame and Museum has collaborated with the NLBM and Negro Leagues History to produce nearly 140 different bobbleheads, since the Negro Leagues centennial anniversary in 2020. In fact, it includes several bobbleheads with Hank Aaron silhouette.

You can also read: Unfortunate: suicide of Puerto Rican receiver of the Tampa Bay Rays confirmed