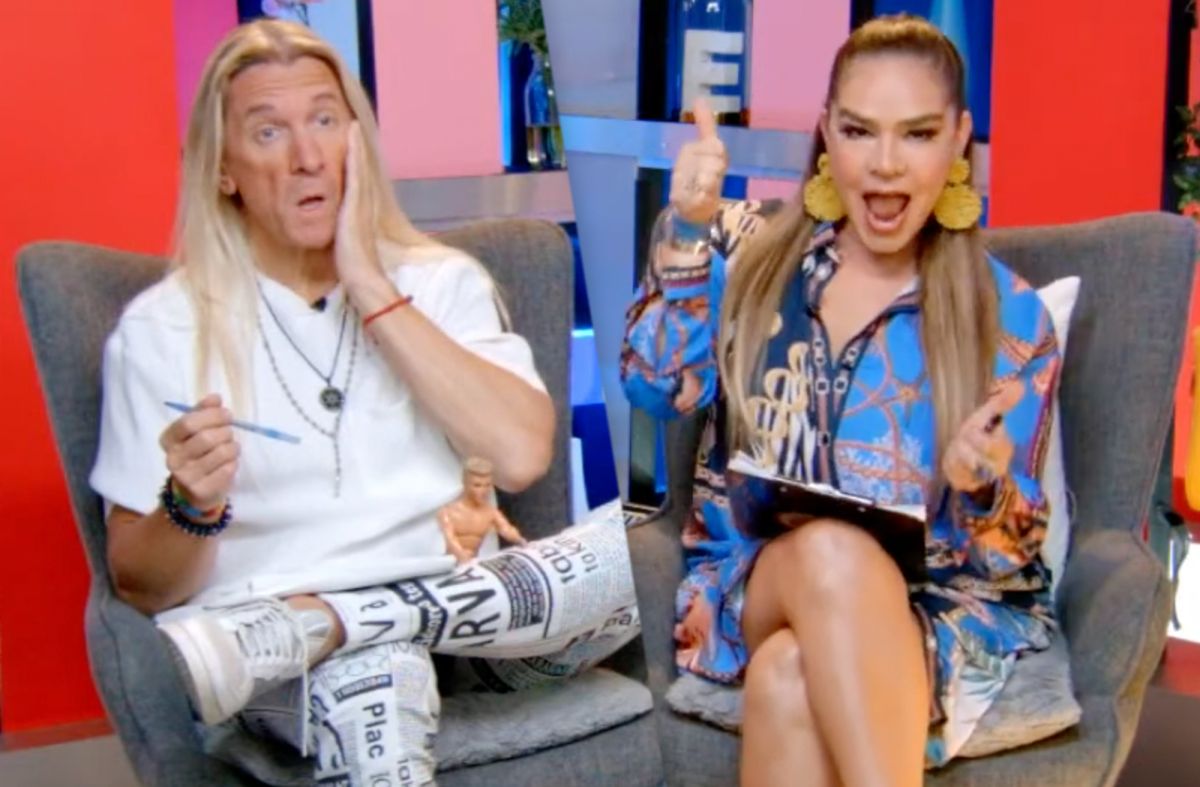 Javier Ceriani & Elisa Beristain: They are the kings of gossip on YouTube and their show “Gossip No Like”Is one of the most successful. Every day, the duo talk about what goes on in show business without mincing words.

Something that keeps the channel active is that they read comments from people while they do their show, which is what motivates their audience to continue watching them. Fans of TV presenters sometimes have a lot of occurrences and on the show on Wednesday, August 11, a fan proposed something hot to Ceriani.

The program’s follower suggested to the “güero cabaretero” to open a profile on OnlyFans. The digital platform has become known for having characters showing all their little things and how God brought them into the world. Some of the celebrities who are on that platform include Noelia Y Yanet Garcia.

“And what am I going to show in an OnlyFans if I show everything already? I don’t know more to showCeriani replied while Beristain didn’t like the idea of ​​him opening an account.

However, Ceriani thought again and proposed to her partner that if they didn’t enable the “Super Chat” function, she would have to open an account at OnlyFans.

“Yes Elisa to get us a little plate. We are going to have to do it all“, He said.

The one who was one of the participants of “Rica Famosa Latina” was reluctant to follow Ceriani’s game and open an OnlyFans account.

Javier Ceriani talks about the possibility of opening an account in #OnlyFans to raise more money #ChismeNoLike pic.twitter.com/OqKY6xPfBQ

Who is Javier Ceriani?

The journalist made headlines after responding to Daniel Bisogno’s attacks. Here we tell you everything to know about Javier Ceriani:

Daniel Bisogno is known for always speaking his mind, a fact that has earned him severe criticism from the public, such as a few weeks ago when he insulted a Twitter user, but the same thing happens on television, as the driver usually makes strong comments against of celebrities and this time he attacked Javier Ceriani from Gossip No Like during a live program , apparently because he won an exclusive.

It all started when the Ventaneando program gave information about the relationship of businessman Vicente Uribe and Marjorie de Sousa, but they clarified that the news was released first in Gossip No Like , Pedro Sola’s annoyance was evident, since the reason was asked for which they had given the exclusive to that program and not to the one commanded by Pati Chapoy, but things got out of control when Daniel Bisogno attacked the host of said program.

” Poor devil who does not give one and has to be looking for false notes all the time, he is the biggest disgusting, but also with that badly fucked witch’s face ,” said Bisogno.

He is of Argentine origin, but his acting career took him to the United States, where he began to make his way on television. At the 38th Emmy ceremony, he won two awards, the first in the Investigative Report category and the second for the Virginia Vallejo report, a love in hell, for which he interviewed the woman who had an affair with Pablo Escobar.

In Miami he works for Estrella TV and conducts Gossip No Like with Elisa Beristain , the show is totally about shows and has been one of those that has gotten exclusives and unique interviews.

In January 2014, Javier Ceriani received the keys to the city from Mayor Tomás Regalado for his “great contribution to the world of entertainment”. He was also the host of Agárrense who can, which is broadcast on the AmericaTeVe network on channel 41.

The response to Daniel Bisogno

The Argentine driver did not remain silent in the face of the Ventaneando driver’s attacks and in a video uploaded to the YouTube channel he defended himself and assured that it was time to stop Bisogno’s attacks on television.

“ Faced with the totally disgusting, xenophobic, homophobic, perverse comments that that man, Daniel Bisogno, gave in the company that sells electrical appliances to the Mexican family, he referred to me, to my program and that implies all the followers of Gossip No Like (…), we are calling on the entire audience of Gossip No Like and colleagues to say stop, Mexico you have to say stop to this that is happening on television ”, he sentenced.

He also recalled that he is not the first to be offended on the air by Daniel Bisogno and that he has not received any sanction for that.

” I am going to summon the president of Azteca, Mrs. Pati Chapoy to watch the program (…), forgive him for calling Chiquis Rivera fat and a lot of vomiting, he deserves a good education, ” he added.