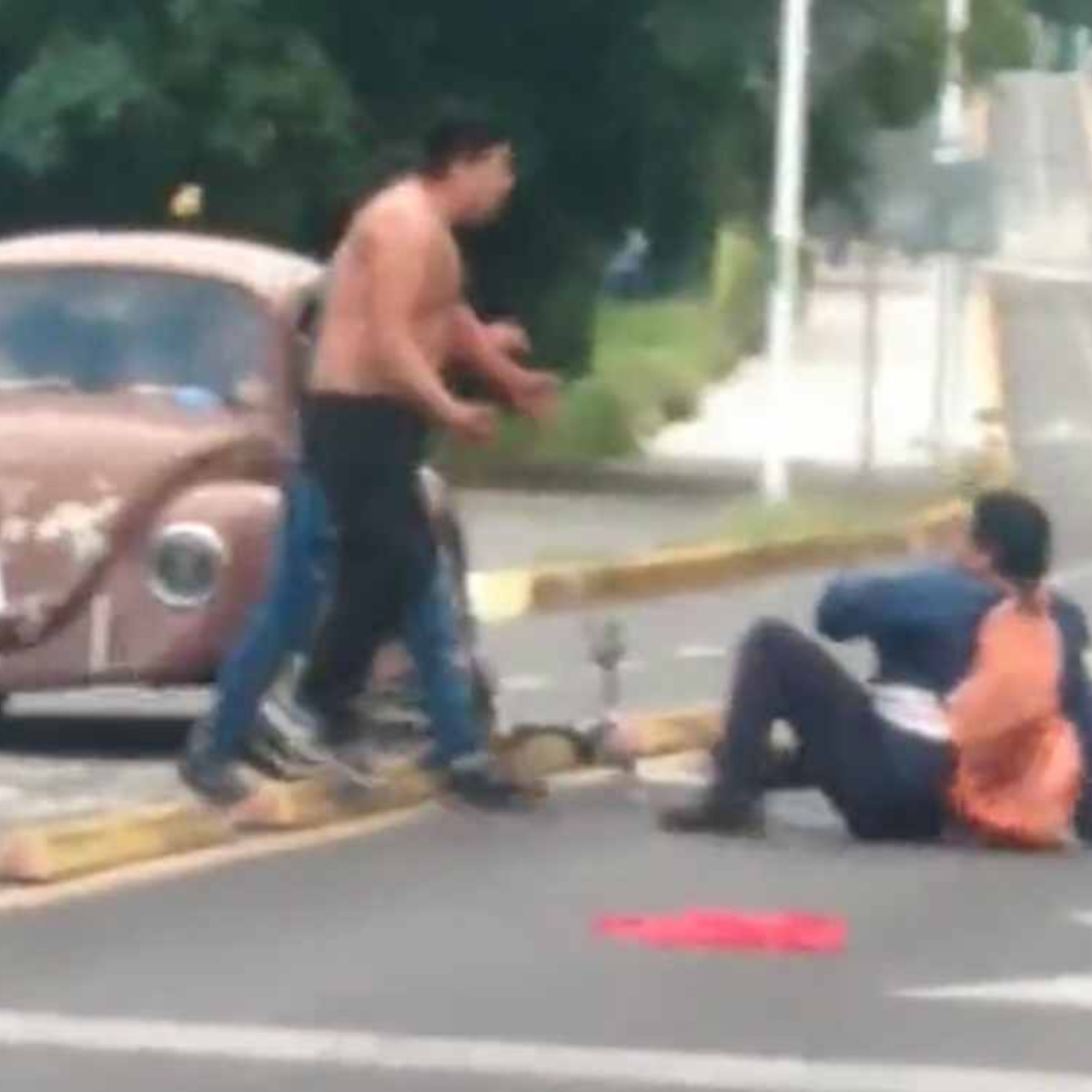 Every day cyclists face more acts of violence from drivers in the cities of the country, and it is that the videos of motorists assaulting them in a violent way they have become common; this is how this day happened to a delivery man of food on board a bike.

Everything was documented by a person who uploaded to social networks the moment in which he is being physically attacked by two people aboard a car, known as “vocho”, while driving through the area of Tenayuca.

This was denounced by members of the “Biciverde” group who complained about the beating that these subjects inflicted on the cyclist who was defenseless against the attacks that knocked him to the ground on more than one occasion.

So far there are no complaints against these people, who not only acted violently, but the reason for the beginning of the beating is the reason for another crime, which we will talk about in AmericanPost.News for you to meet him.

In Tlalnepantla they invade the cycle path and hit the delivery man. how little pic.twitter.com/e6HQSsS9eD

Why did the beating start?

According to the information that has come out of the attack, it all started when the cyclist asked the drivers not to park on the bike path that passes through that area, to which the people reacted by hitting the person.

There are fines for this type of situation, in which motorists must be sanctioned with 20 UMA’s, about 1,0925 Mexican pesos, which, added to the acts of aggression that were recorded, could reach a higher price.

It may interest you: Zafarrancho in Mérida; delivery men went over against ‘malapagas’

They attack and throw a delivery man from a bridge

A short time ago there was also another act of violence of this type, when a driver violently hit and threw a subject from a bridge, who was going for the same, in an event that was recorded and it can be seen that the man was thrown.

The cyclist thrown from the bridge had to be taken to a hospital for the act of which he was a victim, although the video went viral on social networks, it took time to find the person responsible for what could have cost a man his life in a act of aggression against someone on a bicycle.