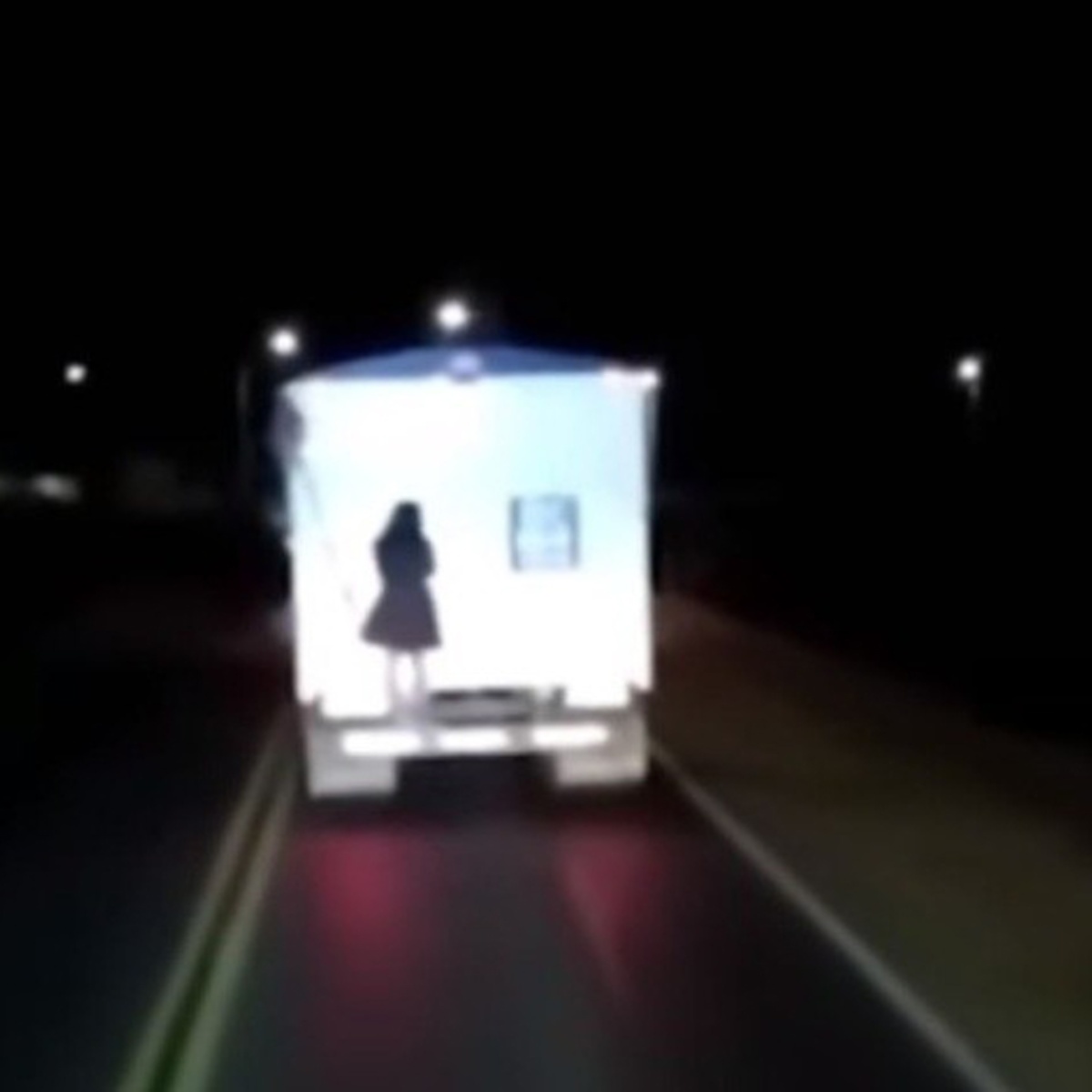 After you record ghost girl on roadthe video went viral on social networks where users claim that a ghost can be seen in the clip, which is specifically a girl.

It should be noted that the video was recorded by a truck driver who was traveling at night and you can see in the images a black figure hanging from a truck that is ahead.

The video caused such an impact that Many users who travel along that road have confirmed that strange things happen there.

In fact, in the comments of the video, which already has many reproductions, they have indicated that they have seen the same thing in the same place, Route 34 in Argentina.

Another similar case where there is talk of a ghost girl on the road occurred in Colombia, but in that case the person who took the photograph did not think of something paranormal, but rather that it was child abuse. In AmericanPost.News we explain to you

A family was traveling through Tolima, in Colombia, when they observed something strange in a truck, a minor alone in the back of the vehicle, so when they saw what was happening, they took out their cell phone to record the fact and denounce such an “inhuman” act. , but it turns out that they ended up photographing the alleged ‘ghost girl’ without knowing it.

“It should be clarified that we began to discuss this, we said that this man was irresponsible and we continued and continued discussing this inhuman and dangerous fact, as you can see in that sector the road is dark since in that sector they make him call the ‘ manas’, well I didn’t go too far, the thing was that when we passed the dark part of the road there was light almost reaching the sidewalk and to everyone’s surprise the girl was not there. We are left cold and perplexed…”

They added: “we beeped the man and about four minutes he stopped and we told him what happenedthe man very calmly said that he did not have a girl behind, and that they had already told him about that girl, “he said.

Now, the witnesses said that the driver told him that the minor gets on the vehicles cargo carriers, as well as motorists who feel when someone sits in the back.

“The truth is sad, she is a little girl who has not yet found peace,” said a resident.

It may interest you: Terrifying ghost inside a car goes viral when exposed on Tik Tok

Although there are many who have claimed to be witnesses to paranormal phenomena or ghosts and to have witnessed the appearance of these beings from beyond the grave, so far there is no scientific evidence of the existence of spirits.

But for some netizens the story of the ghost girl on the road is real and they ask the authorities to find a way to accompany them on the road, because “it is very lonely and dark.”