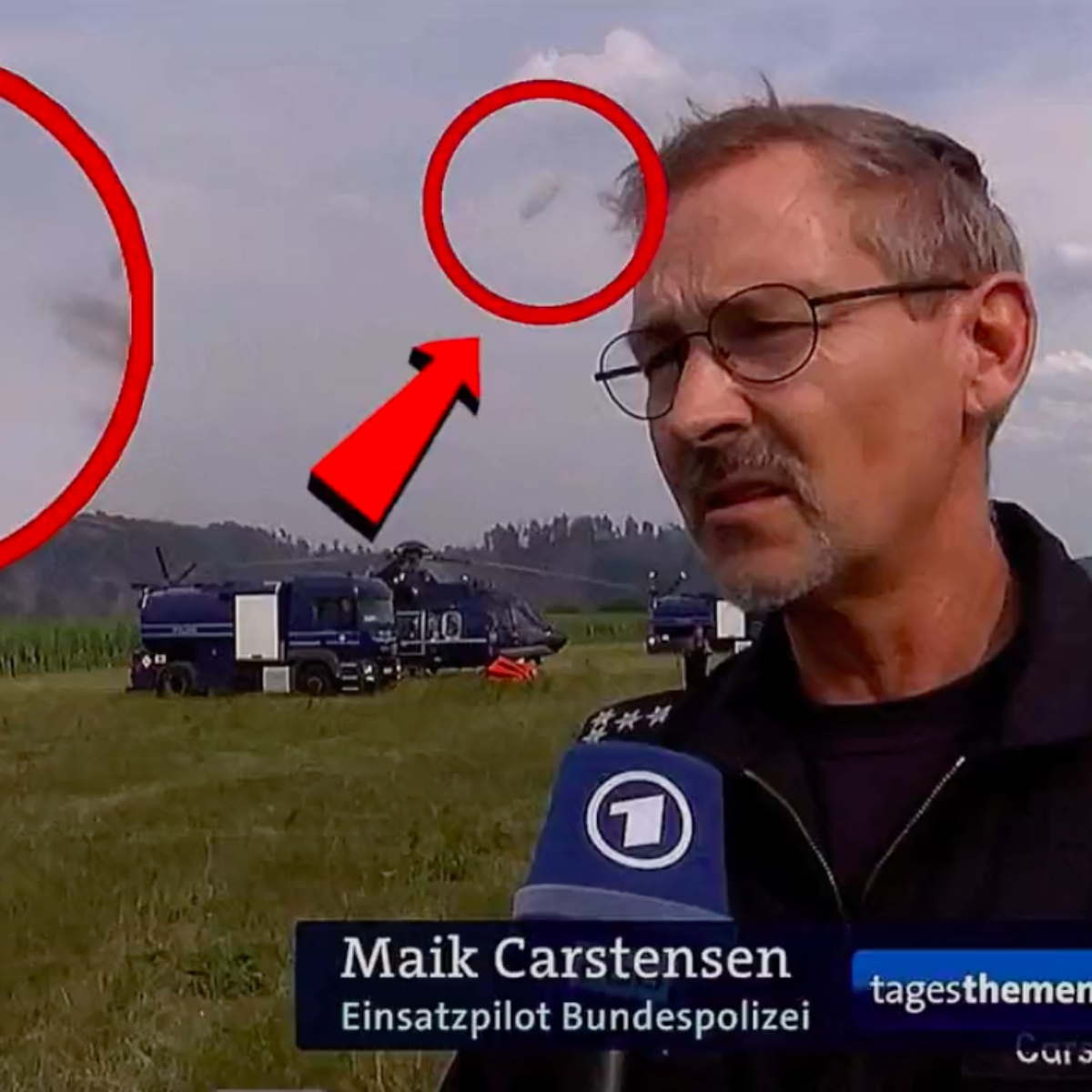 While a live interview was taking place, the cameras managed to capture a UFOthat is, an unidentified flying object, which has caused great controversy, since no one has been able to explain what the strange object that appears in the sky of Germany.

The images were captured on August 4 while there was a live broadcast of the ARD News channel news from Germany, when a man was being interviewed.

In the recording that has been shared on social networks, a strange object can be seen falling from the sky until it mysteriously disappears, which has caused great confusion.

They assure that it was a UFO that appeared in Germany

The flying object that caused a stir was recorded when a reporter interviewed Maik Cartensen, who is a pilot for the local fire department, regarding the fires caused in green areas in a mountainous area in Berlin, the capital of that European country.

In the shot you can see the helicopters with which they fought the fire, but from one moment to another a strange object is seen in the sky, which seems to fall at high speed.

According to Jaime Maussan, a journalist who usually studies these phenomena, “In the background, suddenly a kind of disturbance is created in the clouds, and then a huge object appears which moves quickly and moves away, entering the clouds and disappears”.

According to Maussan’s team, the UFO went through a kind of portal that in those moments was formed in the sky, However, these are only speculations and have not been verified.

It may interest you: Pentagon publishes UFO report: 143 unexplained sightings

What is the meaning of the abbreviation UFO?