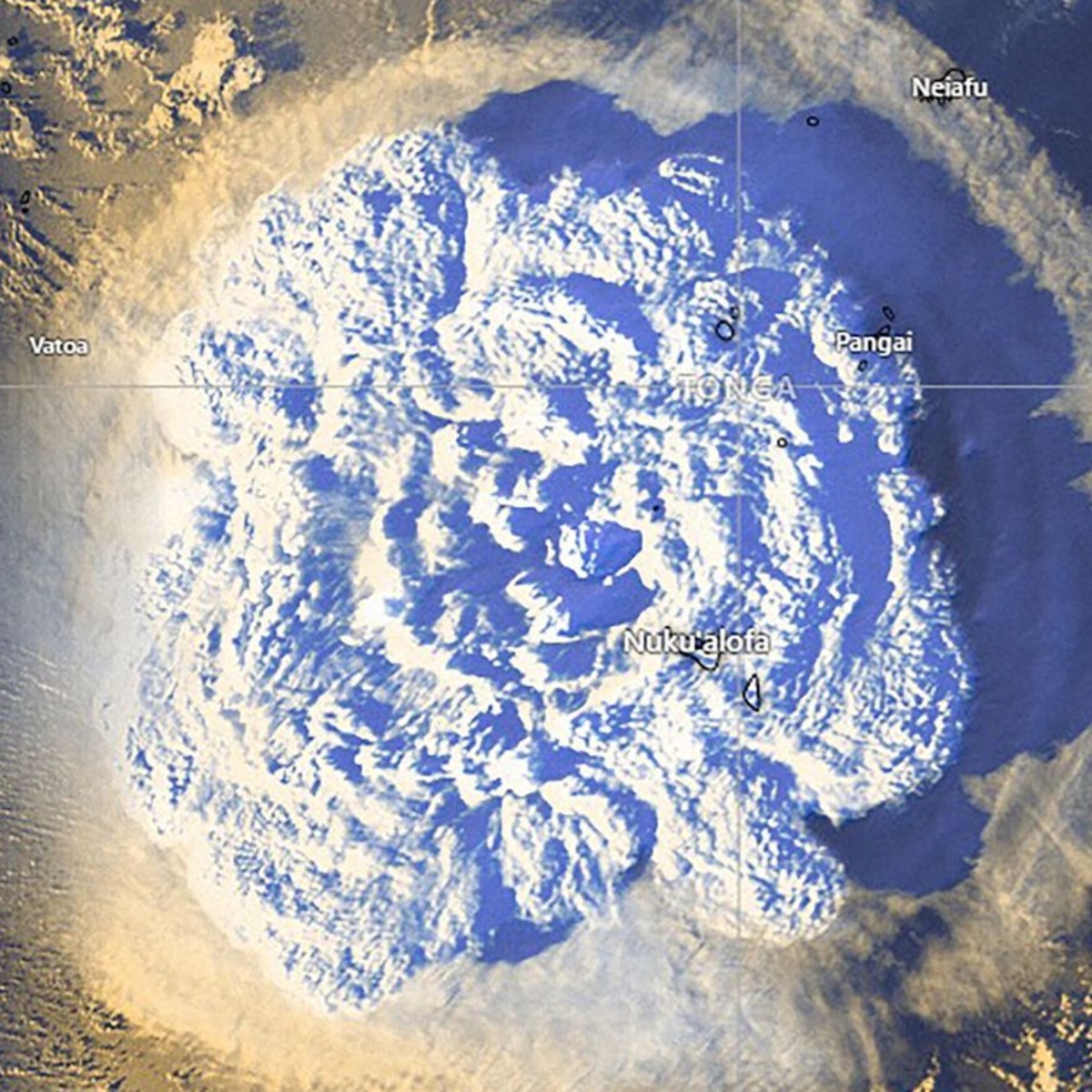 Hunga-Tonga-Hunga-Ha’apai, the Tongan volcano that erupted last Friday, January 14, was captured by several satellites from space while carrying out “one of the most violent eruptions”, spreading ash, steam and gas 20 kilometers into the air.

The Tonga Geological Authority (TGS) reported this Saturday morning, January 15, that satellite imagery observations between 5:10 p.m. and 11:30 p.m. showed that the eruption is continuous, maintaining a column of ash, steam and gas 5 km wide that rises to an altitude of 18 to 20 km above sea level.

“The plume expands radially to a radius of 240 km from the volcano, passing over the Tongatapu group, ‘Eua, Ha’apai and Vava’u. By 10:30 p.m., the plume had subsided to an altitude of 18 km above sea level.

Images of the erupting Toga volcano

In the images recorded by the satellites, it can be seen how the ash cloud covered all the islands of the archipelago in a matter of minutes, from the capital, Nukualofa, in the south, to Neiafu, in the north.

Likewise, an effect similar to a shock wave can be seen, which runs through the Pacific to Fiji and Samoa, 700 and 800 kilometers from Tonga, respectively.

After the strong eruption, a tsunami warning was issued, and the waves hit houses and destroyed some buildings. At 10:00 a.m. this Saturday, the National Tsunami Warning Center canceled marine tsunami alert for Tongatapu, Ha’apai and southern Tonga.

The Hunga eruption, the Tongan volcano, started early on January 14 between 4:20 and 4:30 a.m. local time and was captured by weather satellites.