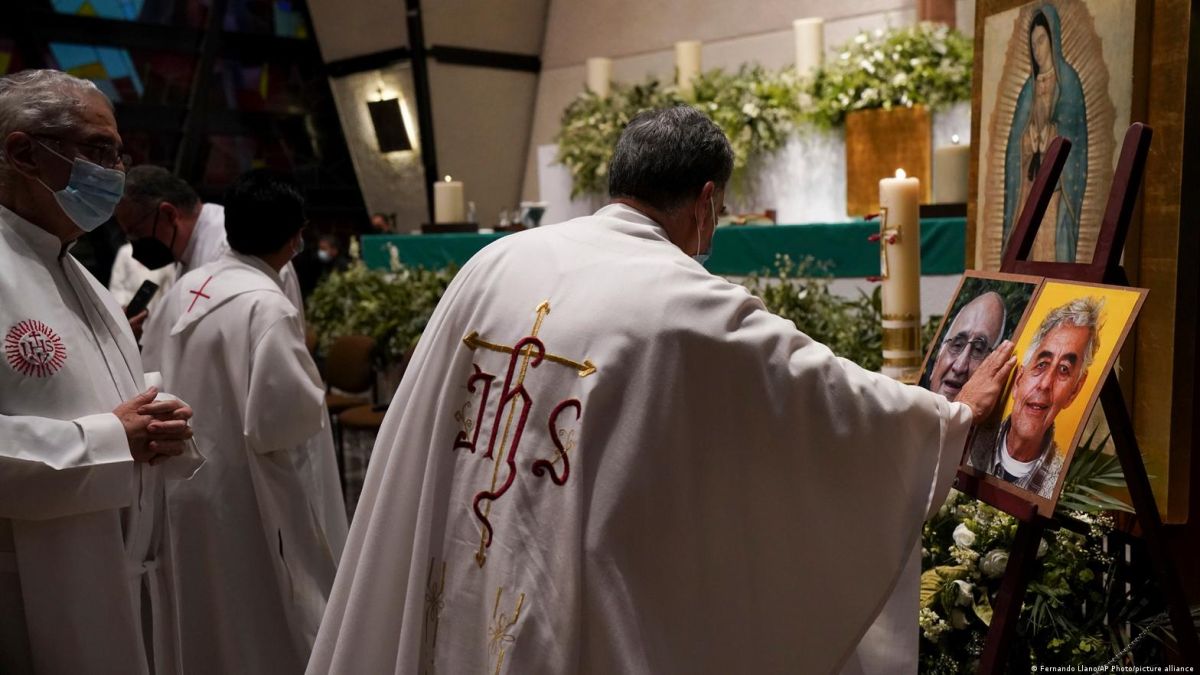 Mexican authorities located on Wednesday the bodies of the two Jesuit priests and the tour guide murdered on Monday in the municipality of Urique, in the northern state of Chihuahua, where the search for the alleged murderer continues.

“Today, thanks to an extraordinary effort by the State Attorney General’s Office (…) we have managed to locate and recover, and this has been verified by forensic medicine, the bodies of the Jesuit priests Javier Campos and Joaquín Mora, and of the tour guide Pedro Palma,” said the governor of Chihuahua, Maru Campos, from Cerocahui, municipality of Urique.

“We hope to have more information later,” added Campos in a message spread through social networks.

Important message from the Governor of the State, from Cerocahui, municipality of Urique. pic.twitter.com/Up86vzb5Y9

For its part, the Mexican Province of the Society of Jesus announced that Jesuit authorities from Mexico will go to Chihuahua in order to identify the bodies.

“On the recognition of the bodies of our #Jesuit brothers. We will go to the place where the bodies are kept for identification,” said the religious entity, according to the local newspaper Diario de Chihuahua.

On Monday afternoon, priests Javier Campos Morales, 79, and Joaquín César Mora Salazar, 80, tried to help and provide protection to a man who entered the church fleeing from armed people, for which they were killed.

The town is surrounded by the army

After the attack, the bodies were removed from the Francisco Xavier parish in the town of Cerocahui, in Chihuahua, which caused outrage in Mexican society.

This Wednesday, as Efe was able to testify, the town of just 1,000 inhabitants remains surrounded by the Army and access to the area is restricted by multiple checkpoints.

looking for a suspect

The authorities seek to locate José Noriel Portillo Gil, known as “El Chueco”, the alleged hit man who murdered the priests and the guide, they told Efe.

The residents, who do not want to speak in front of the cameras, only share that they regret the death of the priests and assure that they were very loved in the town.

According to local information, “El Chueco” is the head of hitmen of a criminal group that disputes the area with another group.

“It is a person who has been identified as the probable direct perpetrator, but another group of people around him who are also responsible,” Gilberto Loya, Secretary of Security for the state of Chihuahua, told Efe.

Loya also assured that, for the moment, land and air patrols are being carried out, as well as “a series of interviews in this and neighboring towns to gather information” that will lead the authorities “to find the whereabouts of those responsible.” .

The murders of the religious have been condemned by civil organizations and the Jesuit community in Mexico, which highlighted that at least seven priests have been murdered during the López Obrador administration.