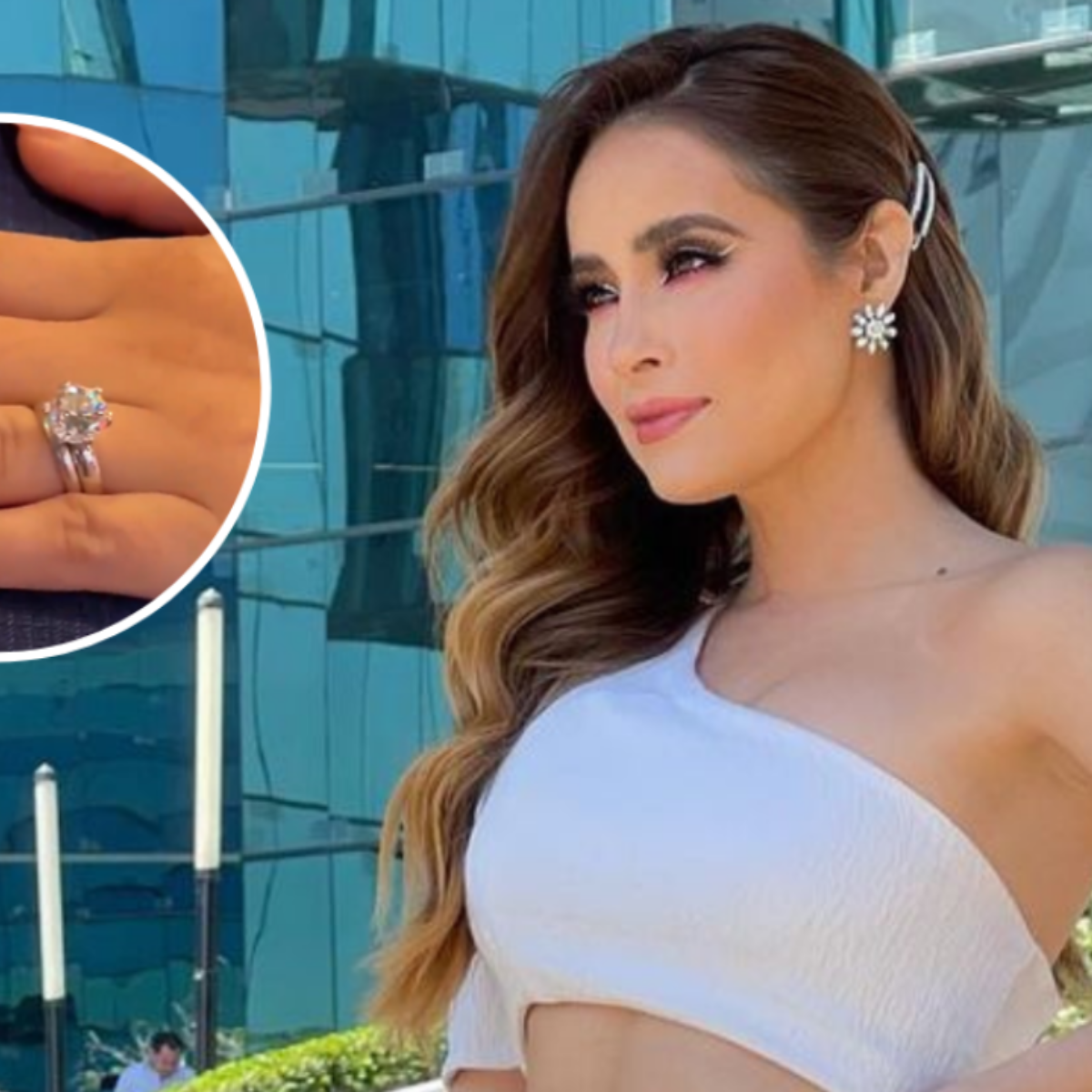 After many rumors Cynthia Rodriguez confirmed his marriage with Charles Rivera in the program ‘Venga la Alegría’ and what did not go unnoticed by his fans is the enormous ring of commitment that he boasted, which has been revealed to have a millionaire value.

In AmericanPost.News We let you know that the driver spoke of her spectacular vacations in Europe, where she married the former academic.

With great enthusiasm, Cynthia revealed that she is experiencing a great personal moment and although she announced her departure from the program, she assured that she will continue to be part of Tv Azteca.

How much does Cynthia Rodríguez’s engagement ring cost?

Everything seems to indicate that the singer Carlos Rivera made an effort to pamper his wife with a spectacular ring, as it was revealed that it has a millionaire cost.

“The engagement ring that Carlos Rivera gave Cynthia Rodríguez weighs three carats, it is an impressive diamond ring,” he said, which would prove the large size.

Let us remember that during the vacations of Carlos Rivera and Cynthia Rodíguez, the visit to Pope Francis and the driver’s ring was what sparked wedding rumors.

It may interest you: Cynthia Rodríguez says goodbye to Venga la Alegría in tears and talks about her wedding

Why does Cynthia appear in Venga la Alegría?

It was during her visit to ‘Venga la Alegría’ that host and singer Cynthia Rodríguez revealed that her decision to leave the program was due to personal matters, as she plans to give her family life more time.

Let’s remember that it was rumored about the incorporation of Cynthia Rodríguez to Televisa, where Carlos Rivera is part, however the host denied it.

Despite Cynthia Rodriguez and Carlos Rivera They have been characterized as a very private couple, the driver revealed how happy and in love she is with the singer.