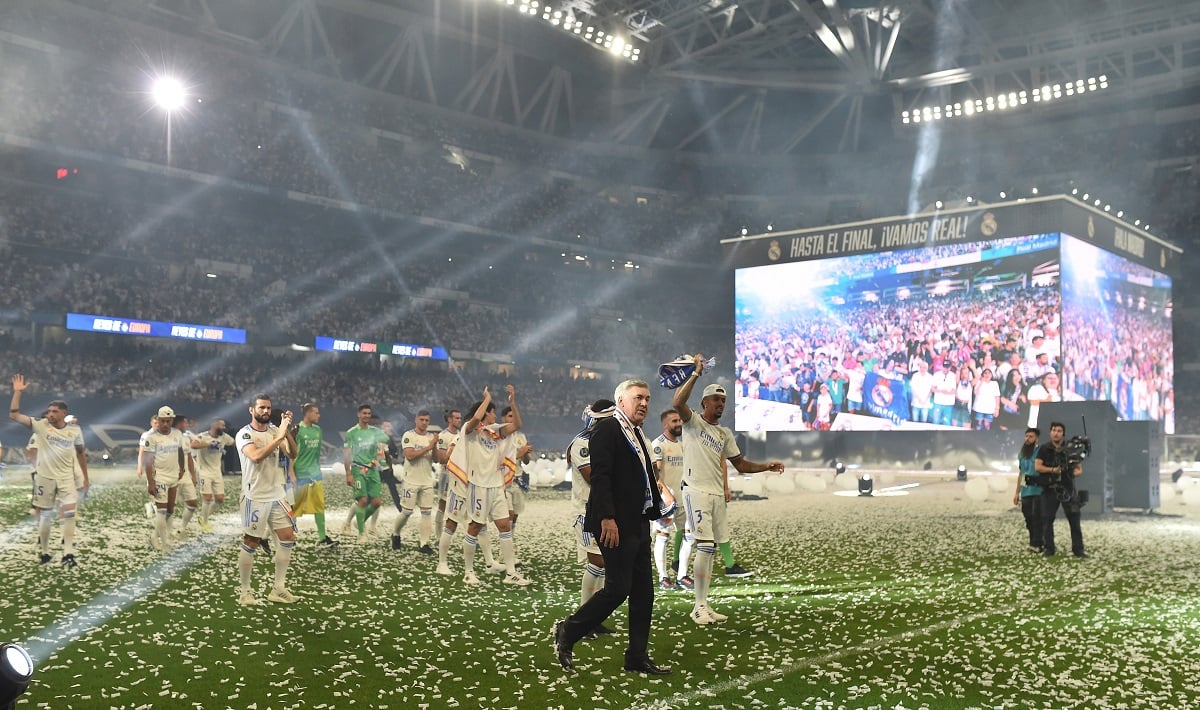 The first classic of the 2022-2023 season between Real Madrid and Barcelona will be played on the ninth day of the League at the Santiago Bernabéu on October 16according to the competition calendar drawn this Thursday by the Spanish Football Federation (RFEF).

The second leg will be on March 19 at the Camp Nou within the twenty-sixth matchday.

The Madrid derbies will have their first date at the Atlético de Madrid stadium on September 18, on matchday sixand the return leg at the Santiago Bernabéu will be played at number 23, on February 26.

The thirteenth matchday, on November 6, will host the first Seville derby with Sevilla’s visit to Benito Villamarín, and the second leg will be resolved on the penultimate matchday of the championship (35) with Sevilla-Betis at the Sánchez Pizjuán on May 21 .

The first date between Barcelona and Espanyol will be played at the Camp Nou within matchday 15 scheduled for the last day of this year, December 31, and Barça’s visit to the Espanyol field will be on matchday 34 on December 14 of May.

The Basque derbies between Real Sociedad and Athletic Club will open in San Sebastián on January 14 of next year, within matchday 17. And the second leg in San Mamés will be played on April 16, on matchday 29.

You may also like
– Mexico left the top ten of the FIFA ranking and is still above the United States
– Andrea Fuentes recounted how she saved Anita Álvarez’s life at the World Swimming Championships: “The lifeguards didn’t jump. I have gone direct” [Fotos]
– Wanda Nara blew up the nets by showing her tanned buttocks during her summer vacation [Video]
– Future on the horizon: Ecuador enjoys a competitive U-22 team in European leagues