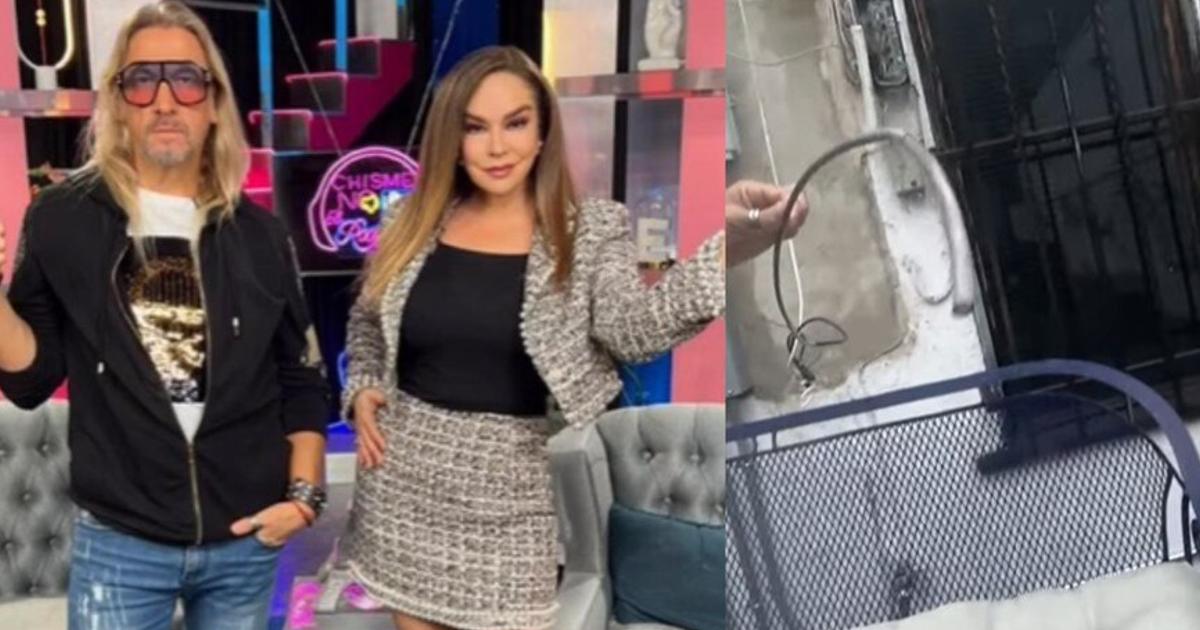 Javier Ceriani, the host of Chisme no Like, shared that they arrived at the offices and the recording set of the YouTube channel and realized that they were strangely assaulted.

It seems that the thieves were not looking to take valuables but to leave a “clear” message to the hosts of “Chisme no Like,” said Javier Ceriani, 51.

Although some might think it was a set-up to draw attention to his YouTube channel, the presence of Elisa Beristain’s husband has set off alarm bells.

Javier Ceriani, the host of Chisme no like, was preparing for a new broadcast today, November 8, when he found that his offices were robbed.

An hour ago, the host shared a live video from Chisme no Like’s networks, showing that his offices were robbed.

The journalist showed that the assailants cut the power cable to enter the facilities, where the locks were also forced.

He pointed out that the first to notice the incident was one of his coworkers, who, upon seeing the forced lock, fled out of fear and called Elisa Beristain, 49 years old.

Let’s remember that although Chisme no like is hosted by Javier Ceriani and Elisa Beristain, she is the entrepreneur behind the showbiz program on YouTube.

And although some have thought that it is just some kind of strategy of Chisme no Like, to draw attention to their program, there are other deductions.

In the video that Javier Ceriani uploaded to YouTube, he shows how little they stole from Chisme no like and calls attention to the fact that Pepe Garza was there.

It is known that Elisa Beristain is the wife of Pepe Garza, the renowned 56-year-old businessman who is the investor behind Chisme no Like.

However, he has remained outside the work of Chisme no Like.

That is why the fact that he was present with the U.S. police at the time of the complaint has attracted attention and points to a real event.

“They took things from Pepe, things that they knew he kept in his office.”

Chisme no Like is assaulted, and they already see a warning message in the facts

Hours before Chisme no like began broadcasting, Javier Ceriani arrived at the offices to find that they had been burglarized.

However, the host has clearly stated that those who broke into the security of the set of Chisme no like, have left a clear message of warning.

The assailants only chose to take a laptop, some cameras, and the rest of the valuable “Chisme no Like equipment.” They only destroyed it.

Even Pepe Garza deduced that those who forced their way into the offices were “people they trust, who knew what was there.”

In view of this and the deductions made by the Chisme No Like team, Javier Ceriani pointed out that the investigations and information provided by the program “will not stop.”

Likewise, some comments from fans of Chisme no like support Ceriani’s deductions, pointing out that the assault is how they seek to silence them with the information.