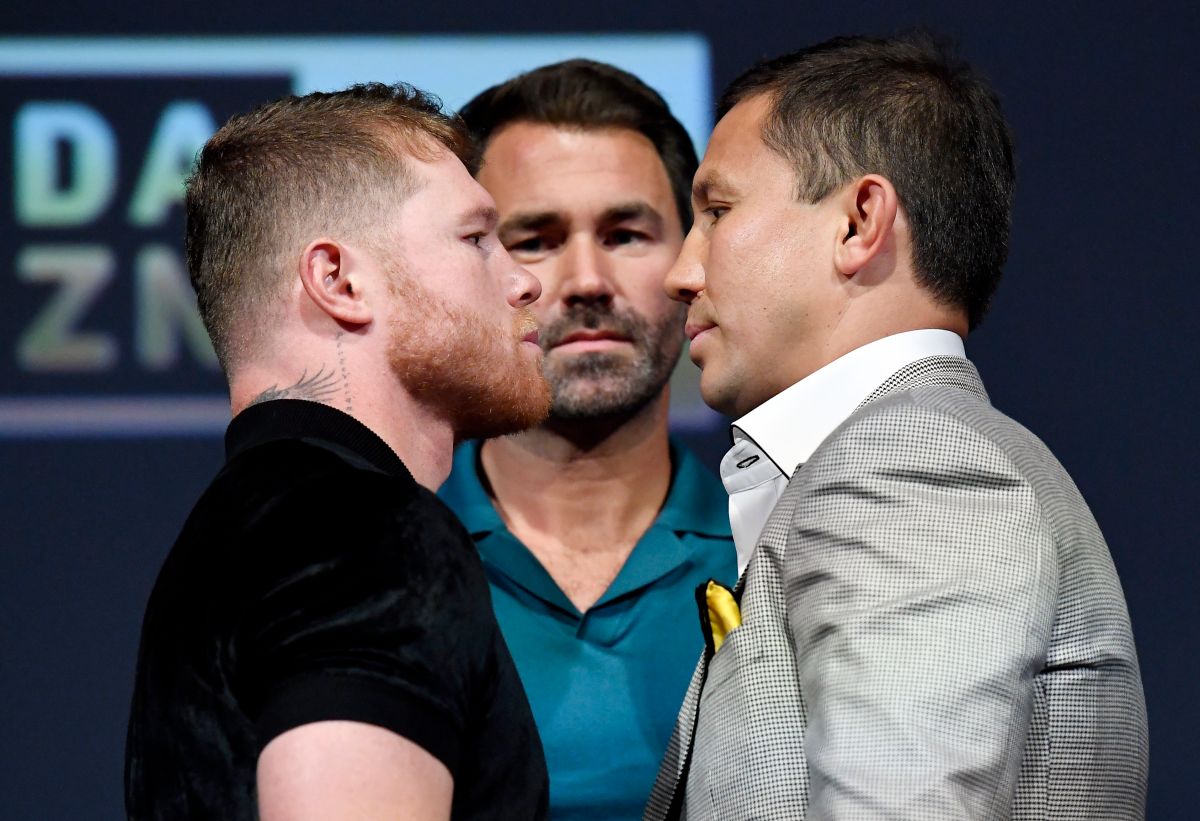 As part of the promotion of the third fight between Saúl ‘Canelo’ Álvarez and Gennady Golovkin, both went to Yankee Stadium to launch the initial pitch of the match of the day this Monday in MLB between New York Yankees and Oakland Athletics.

As if they were hours away from getting into the ring, Canelo and Golovkin went head-to-head in the middle of the Yankee Stadium home plate making clear the desire they have for the third fight between the two; the funny thing is that they both wore a Yankees shirt.

Both the Mexican and the Kazakh made it clear that the competition goes beyond gloves and that is why they prepared with everything; in the case of Canelo, he was seen practicing with Eddy Reynoso in one of the Yankees’ locker rooms minutes before the initial pitch.

They later jumped onto the mound and threw out the opening pitch. It was striking that in the case of Canelo Álvarez he used an underarm throwing technique, while Golovkin did execute the shot in a common way.

After the opening pitches they received loud applause from those present, many of them boxing lovers.

The invitation to the fighters to be part of the meeting between the Yankees and Athletics is part of the campaign that both Canelo and Golovkin will have on September 17 at the T-Mobile Arena in Las Vegas.

For a couple of days both fighters have been making comments about the fight that will be the closing of the trilogy; previously Canelo Álvarez and Gennady Golovkin equaled by unanimous decision and in the second match the Hispanic took the victory by majority decision.