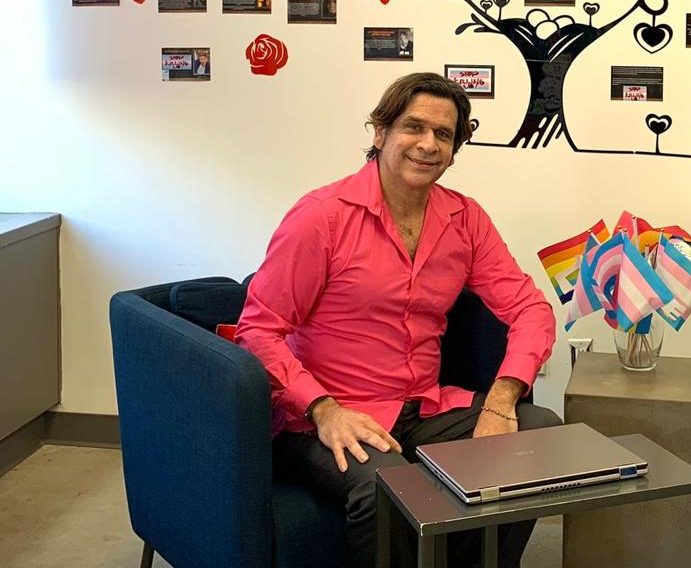 The situation is so alarming that the most recent data managed by municipal health authorities indicate that on average every 24 hours almost two die Hispanics for that “fashionable” opioid.

Of the total overdose deaths that occurred in the five boroughs in 2020, a total of 635 were among Latinos, equivalent to 31% of drug deaths in the five counties: 508 of themthat is, the 80%occurred due to fentanyl.

This was revealed by the City Health Department, after assuring that fentanyl, which can be pharmaceutical (medicine prescribed to treat severe pain and in advanced stages of cancer) or synthetic, (illicitly manufactured and sold on the black market of drugs ) is rapidly escalating its incidence among overdose cases in the Big Apple.

Likewise, another finding reported by the medical authorities of the five boroughs is that drug users are often ingesting dangerous fentanyl dose without knowing it, because in the market they are mixing them with others, generating highly dangerous doses.

“fentanyl It has been found in many different drugs, including heroin, cocaine, crack, methamphetamine, ketamine, and pills from non-medical sources. Peter Frisneda, spokesman for New York City Department of Health, noting an even more alarming fact. “Anyone who uses drugs that may contain fentanyl, even occasionally, may be at risk of overdose.”

The spokesperson added that if trends continue, the Department of Health the number of overdose deaths in 2021 is expected to exceed that of 2020which recorded the most overdoses in New York City since records began in 2000.

Fentanyl is also accused of being the drug responsible for the death of at least 3 of the 10 inmates of the Rikers Island prison who have lost their lives in 2022, revealing that even in that prison, which has high security, the Opioid is finding its way into the hands of inmates, as is increasingly the case on the city’s streets and other drug black market sites.

José A, a 24-year-oldwho confesses to consuming synthetic fentanyl from time to time or “Apache”, as he usually calls this opioid in urban language, assures that in different parts of Lower Manhattan he gets it “easily” and without giving convincing explanations, explains that he feels a level of relaxation mixed with euphoria, “nothing dangerous” that neither marijuana nor other strong drugs give you.

“I like cocaine and I like pepas, but fentanyl makes me crazy (in great condition) that’s why I buy it from time to time, but you have to know who to buy it with and how to consume it because or else it can be a dangerous trip that ends up killing many, “says the young man, who insists that he control that substance and that nothing is going to happen to it, something that health authorities deny, since the consumption of fentanyl can lead people to very dangerous and even deadly situations.

And it is that data delivered by the Centers for Disease Control and Prevention (CDC) They assured that the most recent cases of overdose related to fentanyl were due to the consumption of the illicitly manufactured synthetic drug, and shared the concern of the City Health Department.

“It is often added to other drugs due to its extreme potency, making drugs cheaper, more powerful, more addictive and more dangerous,” the CDC said, explaining that illicitly manufactured fentanyl is available on the black market in liquid and powder form.

“Powdered fentanyl looks like many other drugs. It is often mixed with drugs such as heroin, cocaine and methamphetamines, and formed into pills that resemble other prescription opioids,” the federal health agency said. “In its liquid form, illicitly manufactured fentanyl can be found as a nasal spray, eye drops, or applied as drops on paper or in small treats.”

The State Department of Healthfor its part, also warns that overdose deaths in 2020 were the highest nationally with 91,000 overdoses, of which 68,000 were related to opioids such as fentanyl.

“New York State is no exception to this national trend and also experienced an increase in overdose deaths to the highest amount recorded in 2020,” said that state agency, explaining that overdose deaths increased 37%, going from 3,617 in 2019 to 4,965 in 2020 in New York.

The state Department of Health mentioned that the counties of the Big Apple are the ones with the most emergency admissions and hospitalizations related to overdoses of opioids such as fentanyl, registered in the state.

“Overdose deaths involving any opioid increased by 44%, from 2,939 in 2019 to 4,233 in 2020, with an average of nearly 12 resident deaths each day (…) these trends have been driven primarily by fentanyl, which has been increasingly present in the illicit drug market,” they added.

In addition to the New York City counties, in the state are Suffolk, Nassau, Monroe, Erie, and Onondaga the localities that register the highest number of visits to the emergency room and hospitalizations for opioid overdoses.

The City Health Department called on those struggling with drugs like fentanyl to seek help through the NYC Well program, New York City’s behavioral health support line, which provides resources and referrals for people who may be struggling with fentanyl. substance use or families of people who use drugs.

Health authorities recalled that NYC Well is free, confidential and is offered in more than 200 languages, including Spanish. To connect with that program, the city agency advised that you can call 1-88-NYC-WELL, text “WELL” to 65173 or chat online at nyc.gov/nycwell.

Gerard Pinedawho was a drug user for more than six years, and is now dedicated to teaching workshops on the seriousness of opioids such as fentanyl, through his role in the Latino Commission against AIDS in New York, assures that fentanyl is a door to hell.

“I was a user in the past of different drugs, and the most serious problem with fentanyl is that it is not consumed alonebut it is mixed with others such as cocaine, heroin and methamphetamines, causing people who consume it to have sudden overdose deaths, “said the activist, warning that another problem with fentanyl, which is also usually injected, is that the community does not know what exactly it is and even many Latinos have not even heard of it.

“People are not aware of knowing about this drug that is increasing overdose cases in New York and I think it is necessary to educate the population more about this issue that is leaving more and more deaths and affecting lives,” Pineda said.

“I see that there is an effort from the Department of Health, because I see that they are doing something to stop it because they are realizing that the problem is growing, but I feel that more effort must be put in because I cannot understand how people on the street can acquire so easy fentanyl. I think there is a need to have a program that does more screening,” added the activist, who asked parents of adolescents and young adults to be vigilant in order to prevent their children from falling into the consumption of this or another drug.

“Every drug has behavior changes in people and it shows. There are people who are happier or more aggressive and I think that parents have to know what their children’s behavior is like. So if they are calm and suddenly you see them very ‘happy’ and they have nervous behavior, it can be a warning sign that there is something going on, ”she commented.

“You have to pay attention to the way they speak and their eyes. Sometimes the look tells us if someone is under the influence of drugs and also in schools it is urgent to educate more about phenatanyl in particular. We have to drop the taboo and talk openly about it to prevent more overdoses and more deaths in our Latino community,” she said.

The Police Department (NYPD) For its part, it continues to do work to dismantle groups dedicated to drug marketing in the Big Apple, and they assured that so far in 2022 arrests have increased.

Facts about the havoc that fentanyl has wrought in NY

Common Names of Manufactured Fentanyl Traded on the Streets

Overdose signs to watch out for