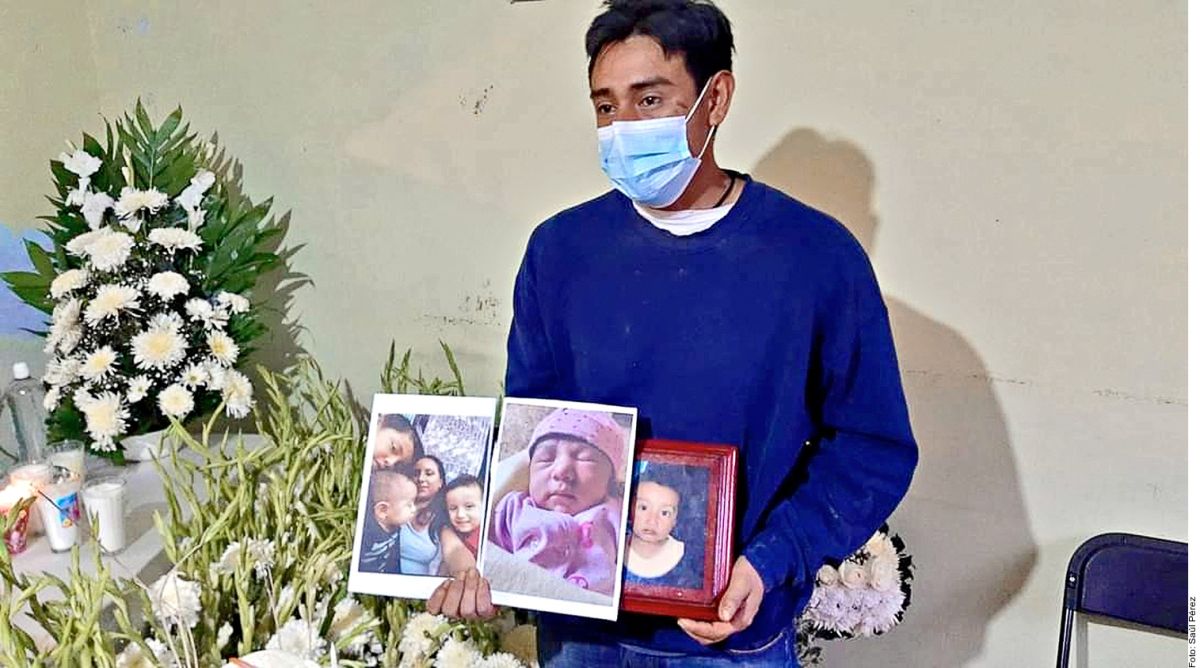 The rains left by Hurricane “Grace” in their passage through Veracruz, in Mexico, they mourned a humble family in the municipality of Xalapa, where the landslide of a hill buried seven members, six of them minors, of the which five and his mother lost their lives.

“My wife and my six children were buried,” Adán Moreno Ortiz, father and husband of the deceased, told the Quadratin agency through tears.

Last goodbye to the five children and their mother Xalapa died as a result of Hurricane Grace.

· Read also: Family is found dead and buried in their own home; a 10-year-old girl among victims

It involves five children of 3, 4, 5, 9 years old and a 15-day-old baby, as well as their mother, who were crushed by piles of mud when they slept in their humble house of sheets and wood, located in the Brisas del Ríos Sedeño neighborhood, in the capital of Veracruz, a risk area in which almost all women houses are on the slopes of hills.

It was approximately 7:30 in the morning -after a night of intense rains generated by the cyclone that hit the entity during the early morning – when the father of the family heard a knock on one of the sheets that function as a wall at the back of his home.

“The piece of hill washed away. I got up early I heard that they hit the piece of sheet, I went out to see and saw that dirt was fallingI came back to warn them to get out and half the hill came. “

“My wife and six children were buried“, He told Quadratín.

One of them, he added, was rescued. by himself alive and transferred to a hospital for medical attention.

“We took one of them still alive, right now (yesterday) he is in the hospital, they took him there, and the other five and my wife died,” lamented the father, still with his hands full of dirt and his shoes muddy.

Hearing the noise and the screams of the young father, a group of neighbors ran to Adam’s house to support the children and his wife.

The rescue work was joined by elements of the Ministry of Public Security, Civil Protection, the Army and the National Guard, who asked the neighbors to vacate the homes and go to temporary shelters.

Between all they drew from among debris to a child under 7 years of age, who was carried by police elements to an ambulance that rushed him to the High Specialty Center (CAE) in Xalapa, according to local media.