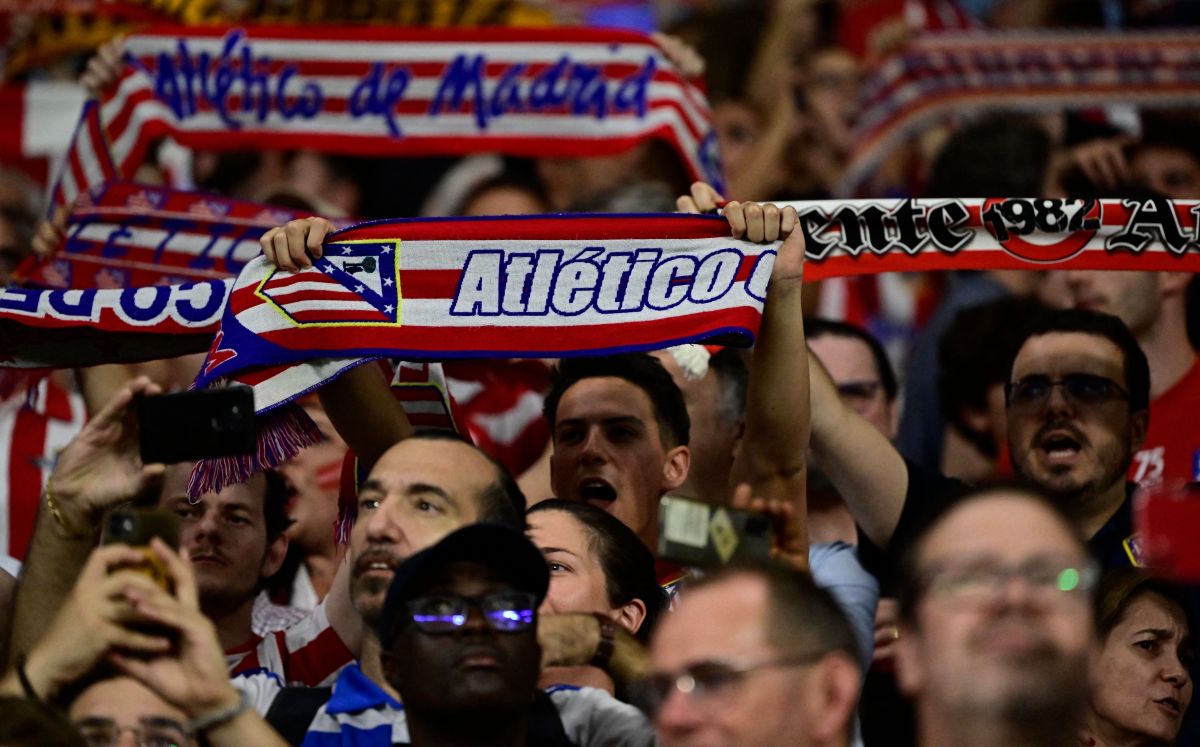 Atletico Madrid”roundly condemns the inadmissible chants that a minority of fans held outside the stadium before the celebration of the derby”, declares “zero tolerance with racism” and has contacted the authorities to make themselves available and identify the authors of the shouting outside the stadium, the club announced this Tuesday in a statement.

“Racism is one of the biggest scourges in our society and unfortunately the world of football and the clubs are not free from its presence. Our club has always been characterized by being an open and inclusive space for fans of different nationalities, cultures, races and social classes and a few cannot stain the image of thousands and thousands of athletes who support their team with passion and with respect for the rival”, says the rojiblanco club.

“These chants cause us enormous rejection and indignation and we will not allow any individual to hide behind our colors to utter racist or xenophobic insults. At Atlético de Madrid we have zero tolerance for racism, our commitment to the fight against this social scourge is total and we will not stop until we eliminate it. For this we have contacted the authorities to offer them our maximum collaboration in the investigation of the events that occurred outside the stadium and demand the identification of the people who participated in order to proceed with the immediate expulsion of those who are members of the club. “, Add.

Atlético also invites all professionals related to the world of football to “carry out a deep reflection”. “Making clear once again our strongest condemnation of these events, which do not have the slightest justification, We believe that what has happened in the days leading up to the derby is inadmissible. Fans are asked for sanity and rationality and, however, professionals from different fields generated an artificial campaign during the week, lighting the fuse of controversy without measuring the impact of their actions and demonstrations,” the statement explains.

“The pain that the rojiblanca family feels for this event is enormous. We cannot allow someone to associate our fans with this type of behavior and question our values ​​because of a minority that does not represent us. Our decision is firm and resounding and we will not stop until we expel them from the red-and-white family because they cannot be part of it”, he concludes.

In the derby against Real Madrid last Sunday, racist chants were heard against Vinicius.

Matheus Cunha hugged Vinicius Jr. and then exploded in the nets in defense of Koke

Dani Alves came out in defense of Vinicius Jr.: “Europe is full of racists”