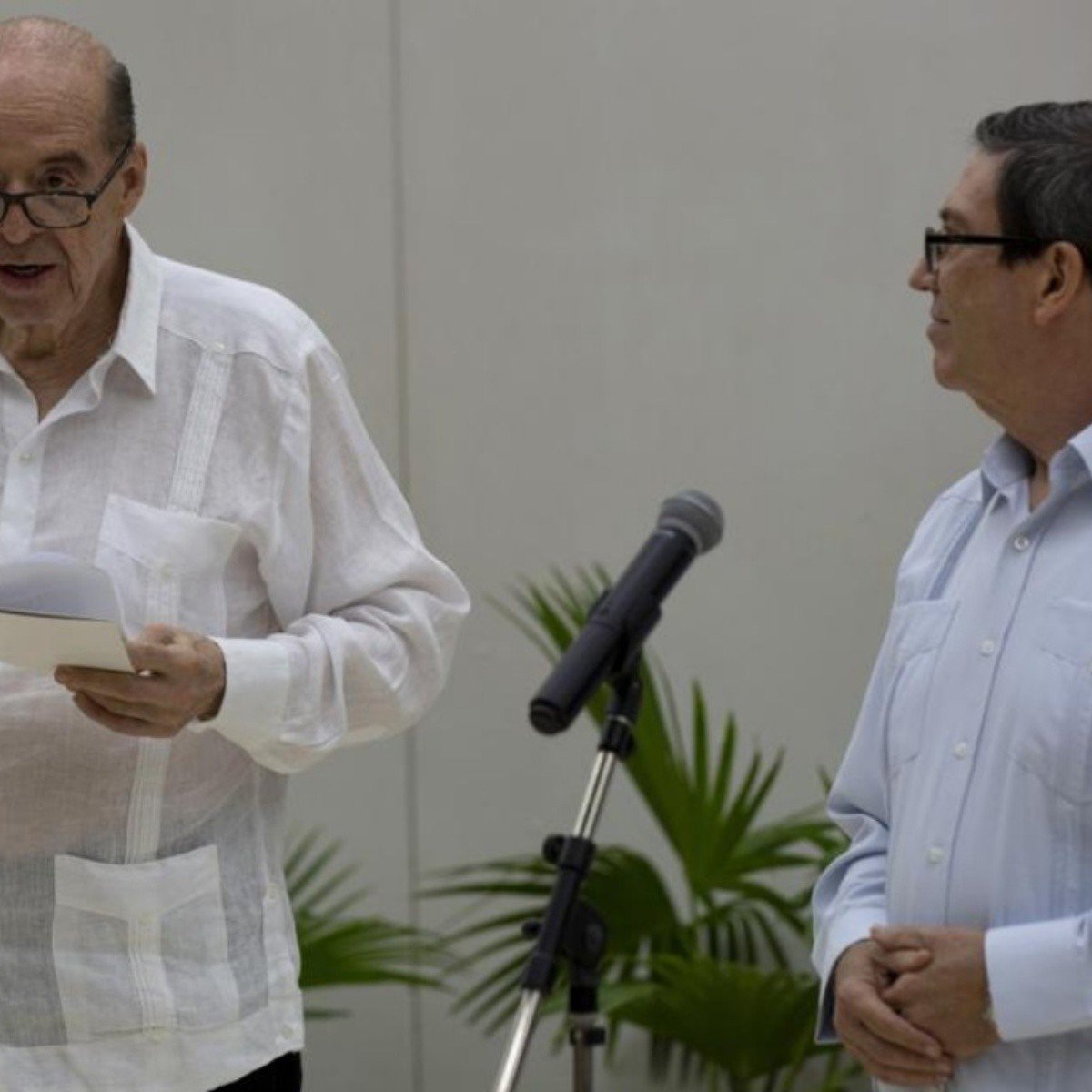 The delegations of the Colombian government and the guerrilla National Liberation Army They announced on Friday that they are committed to taking the necessary steps to try to reactivate the peace negotiations suspended four years ago.

After a first rapprochement in Cuba, the Colombian government reported that it recognizes the legitimacy of the dialogue delegation of the THE N and that the guerrillas share this desire for peace.

The newly sworn-in president Gustavo Petro It has maintained as one of its priorities the resumption of talks with the ELN to seek a negotiated solution to the confrontation that it has maintained with the State since its creation in the 1960s.

Colombia promised to adopt political and legal measures to guarantee the conditions that allow the resumption of talks with the ELN, including the recognition of the protocols of the negotiations, detailed the peace commissioner Danilo Rueda without detailing whether this meant the suspension of the talks. current arrest warrants against the main ringleaders.

Present at the statement was Israel Ramírez Pineda, alias “Pablo Beltrán”, one of the guerrilla commanders and former head of the peace delegation.

The last attempt to negotiate began in 2017 during the government of Juan Manuel Santos (2010-2018). The first cycles of negotiations were held in Quito, however, at the beginning of 2018 the table was transferred to Havana. However, they were suspended in 2018 by decision of Colombia after an attack by the guerrilla group on the police.

Several of the commanders of the THE N continue in Cuba since the breakdown of the negotiations. This generated diplomatic tension because the then Colombian president Iván Duque (2018-2022) demanded that Cuba extradite the command so that it would comply with judicial requirements, but Cuba refused, relying on compliance with the protocol of the negotiations that contemplated that in In the event of a breach, the command would have a few days to return to their camps.

Petro told the press from Bogotá on Friday that with the THE N The approaches are just beginning, without providing more details. “It’s a trial, let’s see,” she said.

The day before, Foreign Minister Álvaro Leyva was more forceful and stated that Colombia aspires to resume talks with the ELN a few hours after arriving in Havana, the former site of the peace negotiations.

The delegation that traveled to Cuba includes the special representative of the Secretary General of the United Nations in Colombia, Carlos Ruiz Massieu. In the past, the UN has accompanied and verified a bilateral ceasefire with the ELN.

“The Secretary General salutes the efforts of the President Gustavo Petro to deepen and broaden the peace in Colombia and has offered the support of the United Nations for the success of that effort,” an official spokesman for UN Secretary-General António Guterres said on Friday.

Also accompanying Jon Otto Brodholt, special envoy from Norway -which was one of the guarantor countries in the suspended negotiations- and Monsignor Héctor Fabio Henao, delegate of the Colombian Episcopal Conference.

Cuba was a mediator in the process that ended with the peace agreement with the Revolutionary Armed Forces of Colombia (FARC) in 2016.