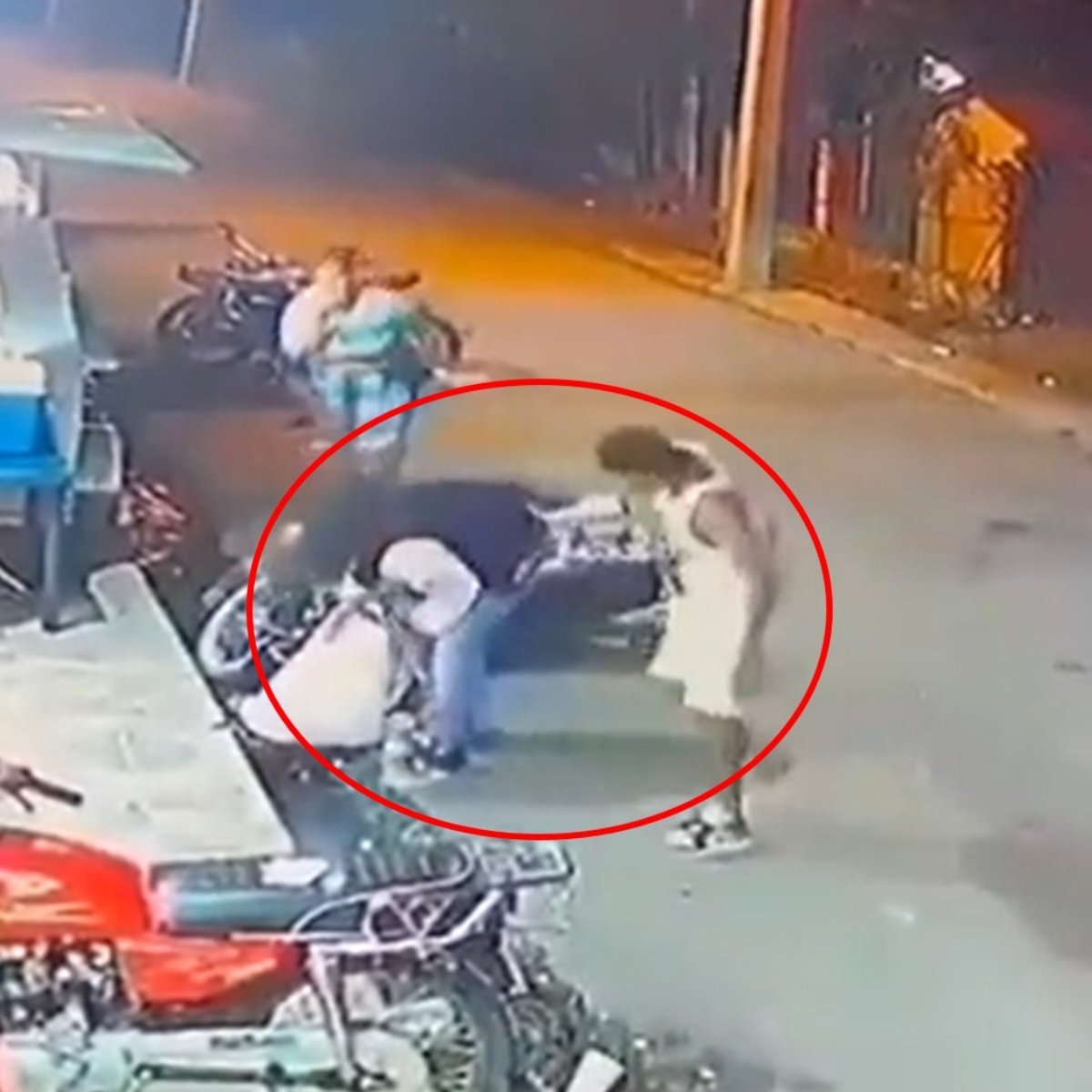 In Dominican Republican assault gone wrong after the robber shot and killed by accident to his accomplice, in a fact that was recorded and that is causing all kinds of reactions.

In the video that circulates on social networks, it can be seen how two people arrive on a motorcycle to a crowded place with the intention of assaulting them, but when they start the criminal act, one of the attackers shot by mistake.

The bullet hit the accomplice, who lost his life instantly at the scene. Meanwhile, the scene caused a stir before the group of people whom the criminals had thought of robbing.

They were going to rob a group of people and one of the criminals shot him and ended up killing his accomplice.

His girlfriend, also an accomplice, arrives, hugs the body and cries desperately.

The lifeless body of the second criminal was left lying on the streets of the Dominican Republic in an event that left the witnesses who witnessed the act dismayed. Moments later, the deceased’s girlfriend arrived, also an accomplice in the attempted robbery, who desperately hugged the body and burst into tears.

Although the local paramedics arrived at the site and tried to provide care to the man, he no longer showed vital signs, so he was declared dead and transferred by the authorities.

It may interest you: Combi assault attempt goes wrong

What is considered assault?

As we announced in AmericanPost.News A similar case was recorded in recent weeks in Mexico City where a man suffered an assault and ran over the criminals. In the case registered in the Dominican Republic, the thief who accidentally killed his partner is being investigated by the authorities.