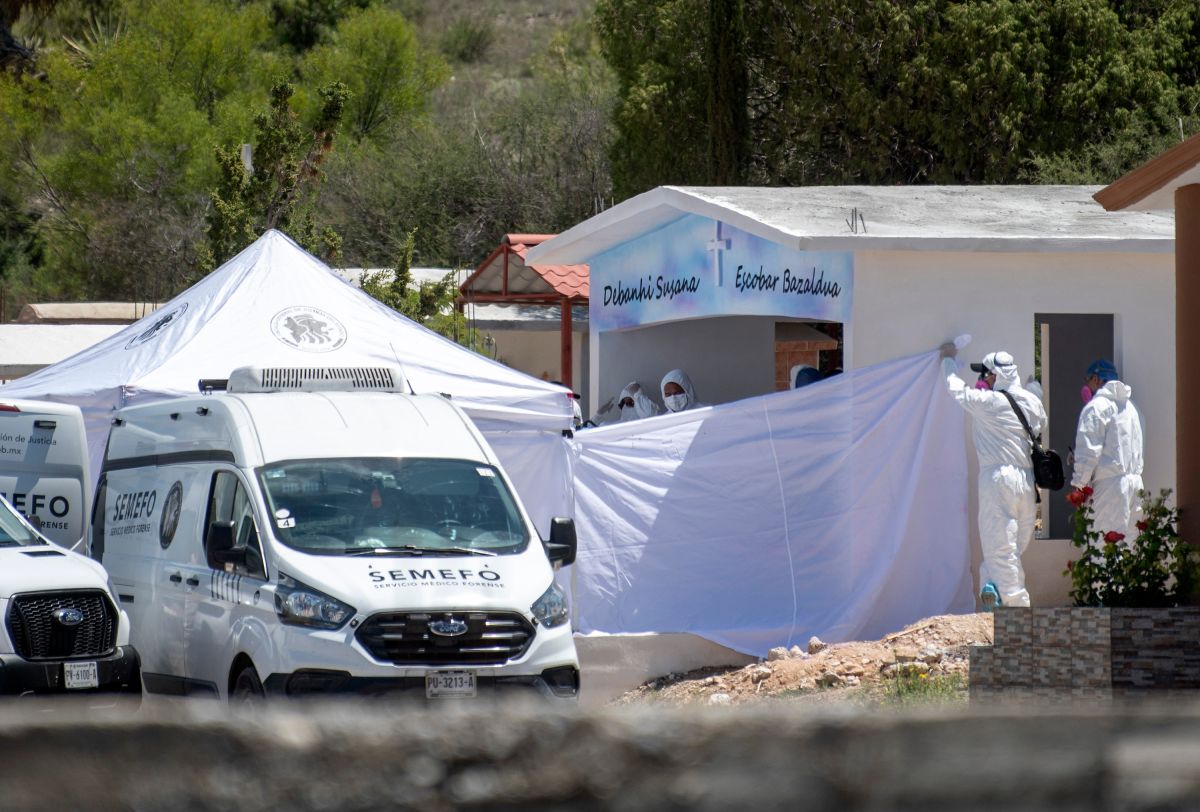 The third autopsy performed on the body of Debanhi Escobar, the 18-year-old found dead last April in the cistern of a motel in Nuevo León, Mexico, showed that she died of asphyxiation due to suffocation; nevertheless, the tests did not detect evidence of rape like the previous tests.

“There are sufficient elements necessary to establish that the cause of death of Debanhi Susana Escobar was due to asphyxiation by suffocation in its variety of obstruction in its respiratory orifices,” Dr. Felipe Edmundo Takahashi Medina, director of the Institute of Forensic Sciences of the Superior Court of Justice of Mexico City, reported this Monday.

The new findings overturn previous results that Debahni died from a blow to the head. The forensic staff also ruled out that Debahni drowned in the cistern.

Another important finding is that the law student died between three and five days before his body was found on April 21.

The evaluation further determined that no injuries or any other evidence indicating a sexual assault were identified.

The first autopsy on the victim’s body, whose remains were found in the cistern of the Nueva Castilla Motel, revealed that he died of a deep blow to the skull.

The results of the second necropsy confirmed the blunt blow.

This analysis further revealed that the blow was not accidental.

The second necropsy also confirmed Debanhi’s parents’ suspicions that she was rapeda detail that the first forensic results do not mention.

“The body shows traces of vaginal intercourse, violent and recent”, indicates the forensic report leaked to the Spanish newspaper El País and to the host Azucena Uresti of the Milenio group. Allegedly, the studies showed violaceous ecchymoses and bruises in the outer area of ​​the genitals.

The new results do not agree at all with what was previously reported.

To perform the third autopsy, the body of the young woman had to be exhumed. The inquiries were made at the request of the girl’s family.

As a result of the publication of the results of the third autopsy, his father, Mario, demanded the dismissal of the coordinator of the Semefo (Forensic Medical Service) and other officials. “With these expert reports, which are different and we have the confidence that he will seek the truth, because the conclusion is very different, There must already be culprits and those responsible, such as the coordinator of the SemefoI don’t know if he did it out of negligence, intent or omission, but it has to have consequences, I’ve already asked the prosecutor, I demand that they resign immediately,” he questioned in a live broadcast on his YouTube channel.

In addition, he asked that the case be investigated as a femicide.

“We can speak, right now, of a femicide, which is what we have always believed. Today’s results are an example of how the omissions of the institutions have to be taken into consideration so as not to affect the right to the truth”, added the father.

Debahni disappeared on April 9 after leaving a party alone where she had gone with two friends.
After an argument with the others, Debanhi got into a taxi by herself that the escorts had ordered.

In the middle of the crossing, the young woman asked the driver to stop and let her get off. The man agreed to the request and left her on the side of a section of the highway from Nuevo Laredo to Monterrey, known as the “highway of death.”

When the trail was lost Debahni was intoxicated by alcohol consumption. Images from the security cameras of the aforementioned hotel captured her running around the outside of the inn.