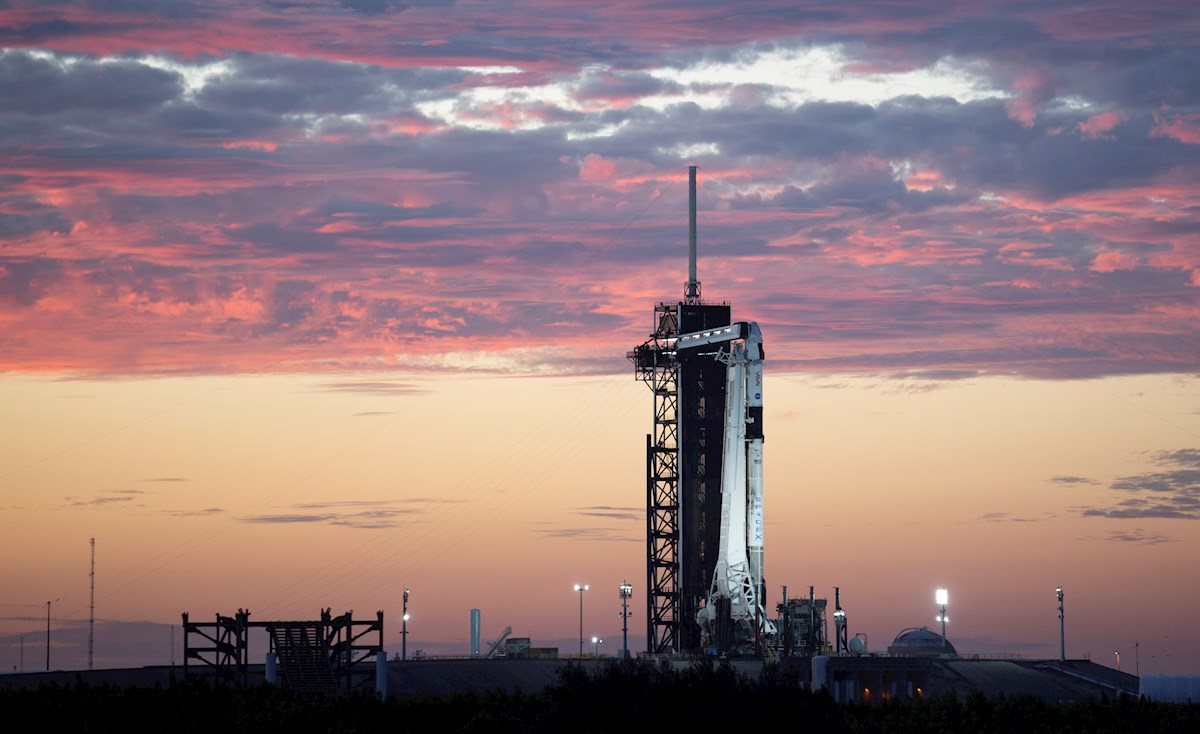 The US space agency NASA confirmed that everything is ready for the launch next Sunday from Cape Canaveral (Florida) of SpaceX Crew-3, the third manned commercial mission to the International Space Station (ISS, in English).

The takeoff is scheduled for next October 31, Halloween day, at 2:21 EDT (6:21 GMT), from the Kennedy Space Center, in central Florida, the agency reiterated this Wednesday after the review of the preparations for launch.

Four astronauts will travel aboard a new Dragon spacecraft, the Endurance, which will take off from platform 39A powered by a Falcon 9 rocket that had already been used last June.

The SpaceX Crew-3 team is made up of the American NASA astronauts Raja Chari, Tom Marshburn and Kayla Barron and the German Matthias Maurer from the European Space Agency (ESA).

“We are very excited to be here and to be sitting a few miles from the rocket in which we will travel,” Chari, mission commander, said Wednesday at a press conference in Cape Canaveral.

“Last night we were able to see Endurance in the hangar and we put our hands on our Dragon, so it was a very special experience,” he added.

For his part, Marshburn, the only one of the four who has gone into space before, said on his Twitter account that he is eager to travel in the Endurance capsule, which is already installed for takeoff.

Marshburn completed his maiden space flight in July 2009 and was on the ISS as a flight engineer in December 2012.

While aboard the station, he logged more than 146 days in space and more than 5 hours of emergency spacewalk to replace a leaking ammonia bomb.

The SpaceX Crew-3 astronauts will remain aboard the ISS for a six-month science mission, living and working as part of what is expected to be a seven-member crew.

Approximately 22 hours after launch, if all goes as planned, on Monday, November 1 at 12:10 EDT (4:10 GMT), the astronauts will arrive at the microgravity lab.

There they will relieve the crew of the SpaceX Crew-2, the Americans Shane Kimbrough and Megan McArthur, the Japanese Akihiko Hoshide and the French Thomas Pesquet.

The four will return to Earth in early November aboard a Dragon ship, Endeavor, which will land in one of seven landing zones in the ocean off the coast of Florida.

Previous missions were SpaceX Crew-1, which departed from Cape Canaveral in November last year, which in turn was preceded by the historic Demo-2 test trip, which began on May 30, 2020.

In Demo-2, Bob Behnken and Doug Hurley traveled to the ISS and within two months returned to Earth in the same capsule, which fell into the Gulf of Mexico in a controlled and smooth manner in August 2020.

Demo-2 was a landmark mission that allowed astronauts to be sent from US soil to the ISS nine years after its space shuttle program was canceled.

Since the last flight of the shuttle Atlantis to Earth orbit in 2011, NASA had been forced to use only Russian launch systems such as Soyuz to put its astronauts into orbit.

It may interest you:
NASA and SpaceX postpone takeoff of the third manned commercial mission to the ISS
NASA launches Lucy, the spacecraft to hunt asteroids
· How much did the Space X “Inspiration4” mission with civilians on board cost?