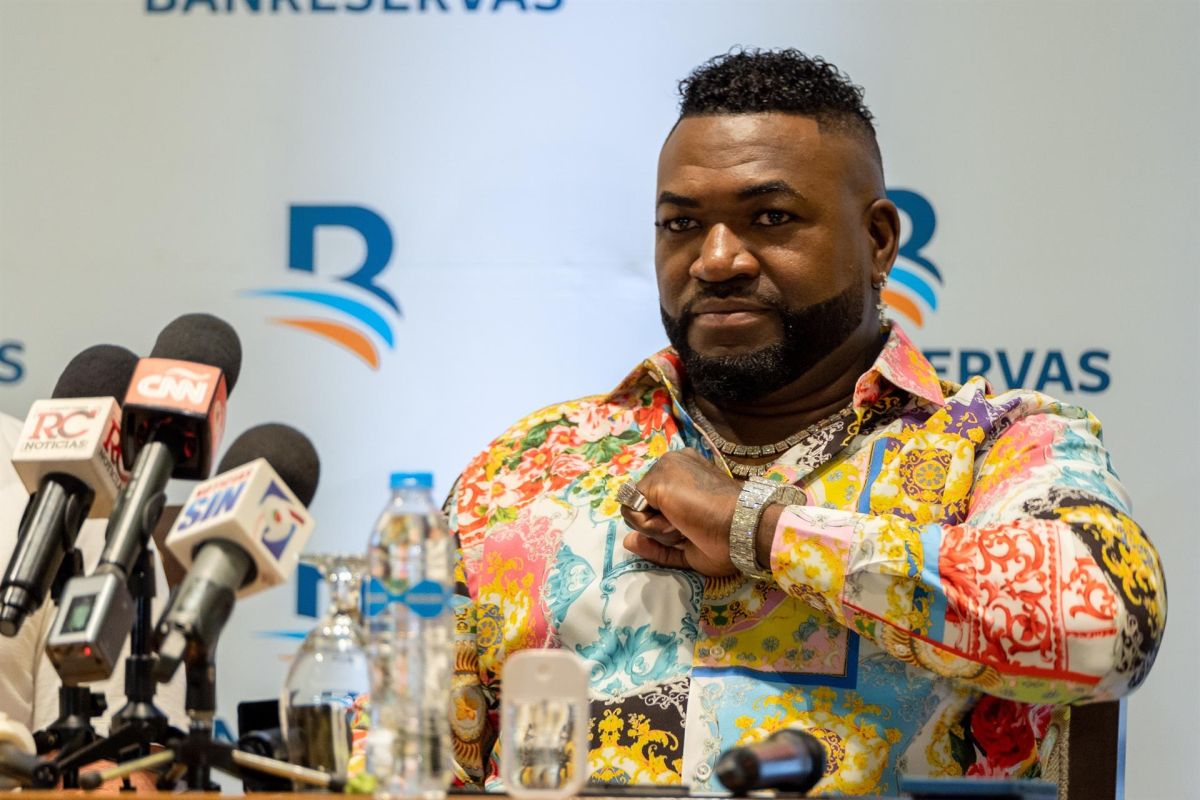 Former Major League Baseball player David Ortiz He said this Tuesday that it is still difficult for him to process his election to the Cooperstown Hall of Fame (HOF), which he defined as a achievement of a whole nation and a personal pride.

“I thank God and all the people who have had to do with this achievement, because this achievement belongs to a nation, because every time something like this happens, we raise the flag. It has been extraordinary”

The former slugger, who was elected with 77.9% of the votes in his first appearance on the ballot, he noted it as an honor to have received the call from Cooperstown.

“The simple fact of receiving that call is an honor for me,” said the historic former Boston Red Sox player in Santo Domingo, in which he was accompanied by Pedro Martínez, another of the four Dominican members of the Hall of Fame. .

Ortiz acknowledged that he hadn’t paid attention to how difficult it was to be selected on the Hall of Fame ballot for the first time, mainly because he played almost exclusively as a designated hitter in his career.

“It’s something very difficult, very extreme, especially in my situation, because the weak factor, that everyone was talking about, was that I was always a designated hitter and going into the first round is extremely difficult,” explained the former slugger, who admitted that he has not yet processed his election to big league immortality.

“It takes a while to process, we are shocked. This is an elite group of players that are out there. Sometimes I don’t even believe it, because of the respect I have for the one in the Hall of Fame.”

In the middle of this meeting the ‘Big Papi’ received a call from the president of the Dominican Republic, Luis Abinader, who congratulated him on his election and told him that “the country is celebrating”.

David highlighted the quality of his former teammate in the Red Sox and compadre, Pedro Martínez, from whom he said he learned a lot and appreciates the guiding role he has played in his life.

“He was one of the people who was always with me, in difficult times, when you think things are not going to work out, always telling me how I should do the right things,” explained the new baseball immortal about his relationship with Martínez.

Robot umpires are getting closer to reaching Major League Baseball