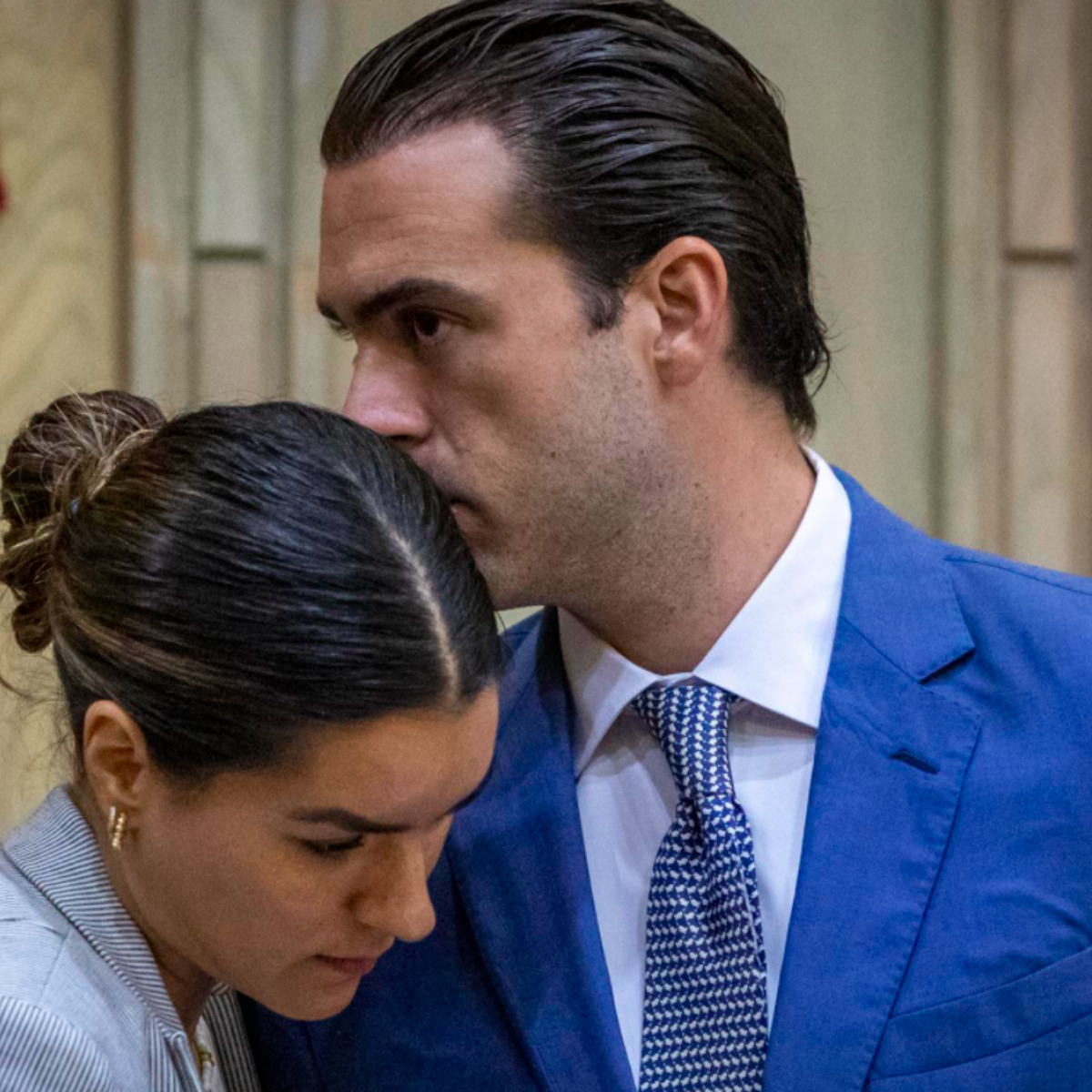 After several delays due to the COVID-19 pandemic, this October 4, the resolution of the trial faced by actor Pablo Lyle for the involuntary manslaughter of Juan Ricardo Hernandez three years ago has been announced.

After five days of trial, a jury found Pablo Lyle guilty, for which he now awaits a sentence, which could be from 9 to 15 years in prison.

As we told you in American Post News, Pablo Lyle’s wife was a key witness for the defense. However, it seems that her testimony did not help much, but now she has said goodbye to him before being transferred to prison.

This is the moment when @#PabloLyle taken by officers to prison after being found guilty. There he will wait until the day of sentencing, which will be the last days of October, to find out how long he will have to spend in jail. ⚖️ pic.twitter.com/73FAKLaY5Y

After the verdict of the six jurors was announced, the actor received the support of his family members, especially his wife, Ana Araujo. She assured everyone during the trial that she was still with the actor.

After the verdict was announced, Ana gave a passionate kiss to the actor, who, for now, will be waiting three weeks for his sentence.

His brother also approached him to hug him and kiss him on the cheek while the actor looked perplexed.

Although his lawyers will seek to extradite him to serve his time in a Mexican jail.

On March 31, 2019, Pablo Lyle got into an altercation after his brother-in-law made a wrong maneuver, and Juan Ricardo Hernandez got out to complain to him. The actor hit the 63-year-old man during this incident and left the place.

Three days later, Hernandez’s death was reported, and the process for which Lyle is now awaiting sentencing began.

The 35-year-old actor will allegedly spend 9 to 15 years in prison.