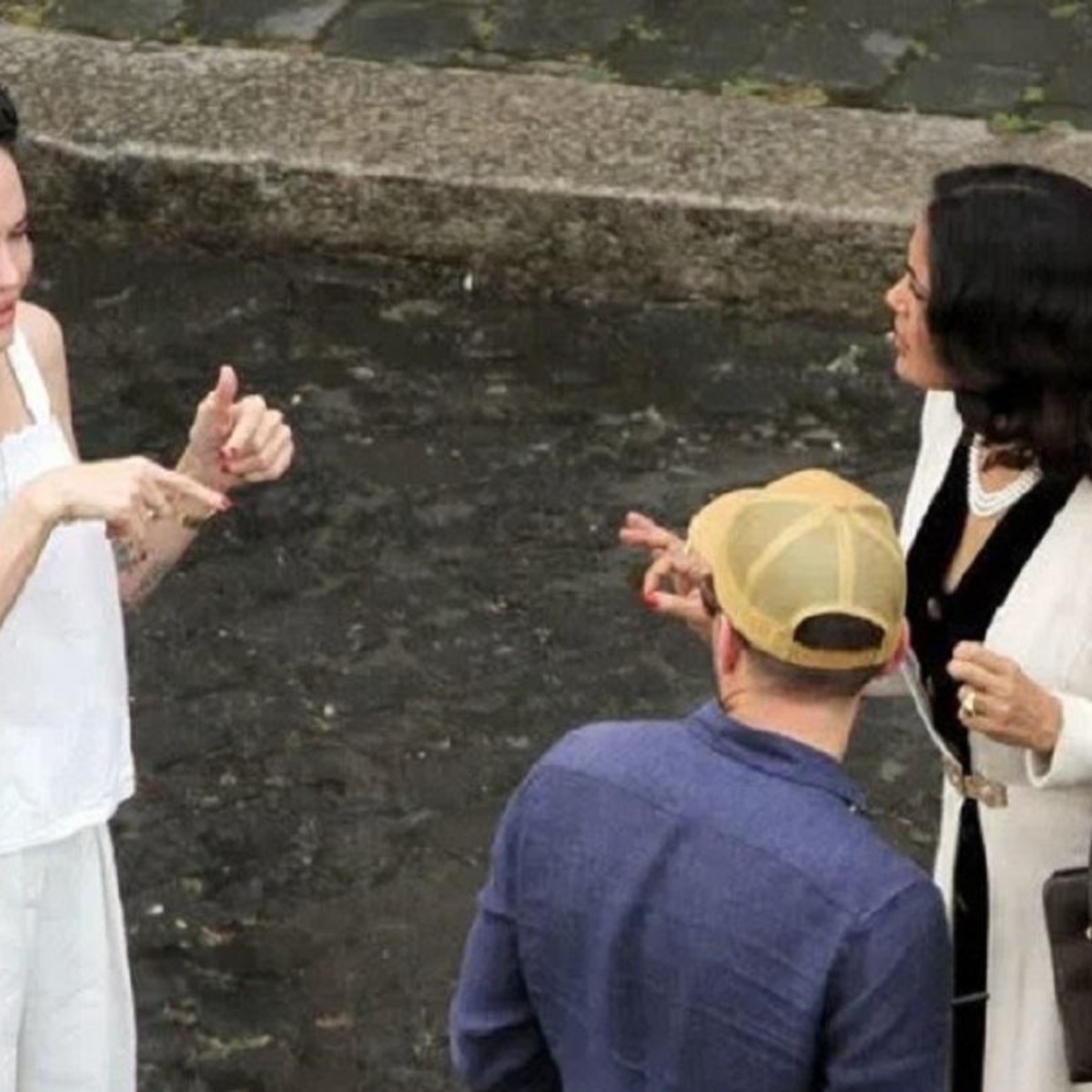 Angelina Jolie is one of the stars of Hollywood takes the helm of his new film. The American actress was seen on the set directing her new project Without Blood, in the eternal city of Rome, near the Colosseum.

It should be noted that the film It is set during the First World War. and bills itself as an exploration of universal truths about war, trauma, memory, and healing.

The film stars Salma Hayek, who was present on the set and acted under the direction of Jolie. Angelina returns to the director’s chair after a five-year estrangement from her, following her divorce from handsome Brat Pitt.

Angelina Jolie and Salma Hayek were seen in the middle of recording work, since the actresses are working together on Without Blood, a film that finds the protagonist of Lara Croft: Tomb Raider in the role of director and the Mexican as the protagonist.

In the images that emerged, both women can be seen during the filming of the film in Rome, Italy. This film comes some time after they shared Eternals on screen, a film from the Marvel Cinematic Universe in which they forged a close friendship.

Jolie was seen in her role as a director very concentrated and dressed in white, Hayek was portrayed in this new role that places her in the 1910s. The film is set in the middle of the First World War and is an adaptation of the international bestseller of the Italian novelist, Alessandro Baricco, Without Blood, published in 2002. Demián Bichir is also part of this production.

IT MAY INTEREST YOU: Angelina Jolie and Brad Pitt go to court for their children

What is the movie about?

Without blood [Without Blood] It is a story of massacre and revenge, in two times; in the first, the names of Sergio Leone and Capote’s In Cold Blood are evoked, while in the second, fifty years later, an encounter as dramatic as it is surprising arises.

It should be noted that the novel focuses on Manuel Roca and his two children, who live in the countryside, in an old isolated farm. One day, an old Mercedes with four men inside comes up the dusty driveway that leads to the house. As if he had always waited for that moment, Roca calls his children without wasting a second.