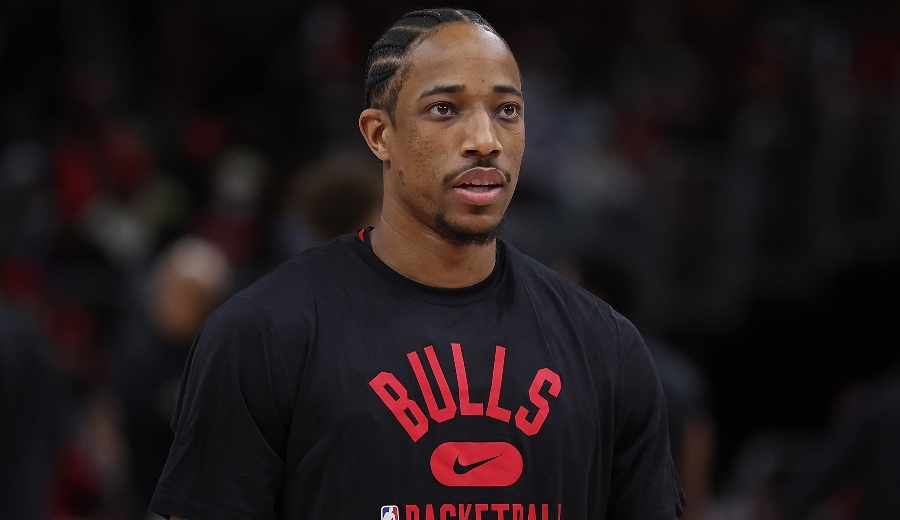 DeMar DeRozan has opened up with Taylor Rooks in a valuable interview about his career and life. The now Chicago Bulls player, in a harsh testimony, has recounted step by step how his three years were between 2018 and 2021, when his father became seriously ill in Los Angeles. He, far from visiting him sporadically, combined the games with his trips to California, even on game days.

These have been part of his most outstanding statements:

“I have learned the value of life and of saying I love you to someone. I lost several uncles when I was young to gun violence, at 16 I lost my grandmother and six days later my grandfather. You learn to appreciate those you love even more. That’s why I have a lot of respect for people, I want them to feel my energy. I lost a lot in the past, I was able to understand what death is.

I realize that life is one of those things where you will never have all the answers. During my youth, I ran away from many tragedies because I didn’t want to be the next one. He didn’t know how to deal with it. I felt like these things were never going to stop. We have emotions. There is nothing more real than emotions. You have to feel when you are happy, sad… that makes you more human.

My father got sick over Christmas 2018. I never talked about it. My last year in Toronto. I went two days at Christmas to the hospital with him. I spent the next three years traveling to see him. From Boston to Los Angeles, from Los Angeles to Toronto… I did the same thing when I was in San Antonio. He even traveled on game days. I did it many times. He came from LA and played that night. It was the hardest thing in my life. I was alone on the plane dealing with emotions. I was going to see my father and then straight to play in front of 20,000 people. I didn’t want to be a distraction to my peers, so I wasn’t loud on this topic. Consistently carrying those emotions behind the scenes was difficult. Even when he passed away. I flew, went to his funeral, came back and played. My teammates made it easy for me and were there. Basketball has always been my escape route»

Demar Derozan flew to LA alone for 3 years to be with his father in the hospital. Sometimes flying into the city right before playing a game the same night. In this clip, I have details that time.

“It was probably the hardest thing in my life to do.”

Our February issue is available for pre-sale: