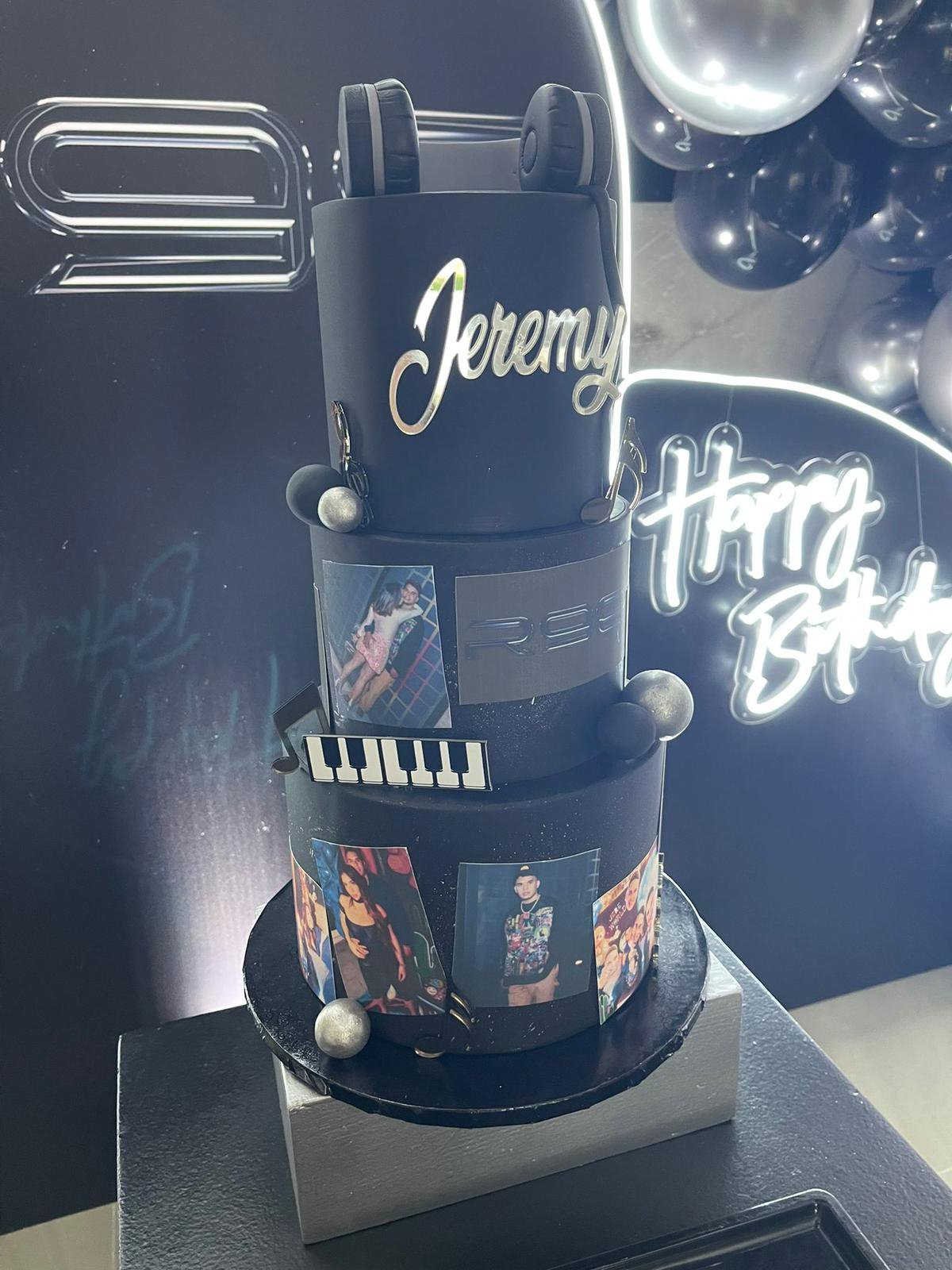 surrounded by friends, and with his wife Andrea de Castro Font Ayala, This is how Jeremy Ayala, son of Daddy Yankee, celebrated his birthday… How? with a surprise party that ended in a disco.

Jeremy, the son of the Cangry, celebrated his birthday in style at Bresh in Doral, Floridaalong with his wife, Andrea and closest friends.

Jeremy, who is a music producer, as he certainly has music in his veins, had a three-tier allegorical cakewhere he had images of some of the artists he works with and special moments of his life.

Jeremy is the middle of the three children that Yankee had with his only and current wife, Mireddys and the only boy.

The party began with a surprise at the house, which his wife Andrea prepared for him, and then they continued the party at Bresh where the influencer left nothing to chance to make her husband happy.

Drinks, toys, balloons, cushions, everything reflected Jeremy’s facewho is just as simple and humble as his parents, and you can see it even in his clothes, nothing fancy and little blin blin.

The great absentees were the parents, although they are not in Miami, but in Puerto Ricothis was a pure party of millennia. Let’s remember that we saw Yankee all last week supporting his friend and partner, Raphy Pinawho was sentenced to 41 years in prison and 3 years of probation for possession of illegal firearms in his home.

Going back to the party this ended in the wee hours of the morning and what was not lacking was the musiceven some of its artists sang live.

•Daddy Yankee: how much is the reggaeton player’s fortune and what business does he have