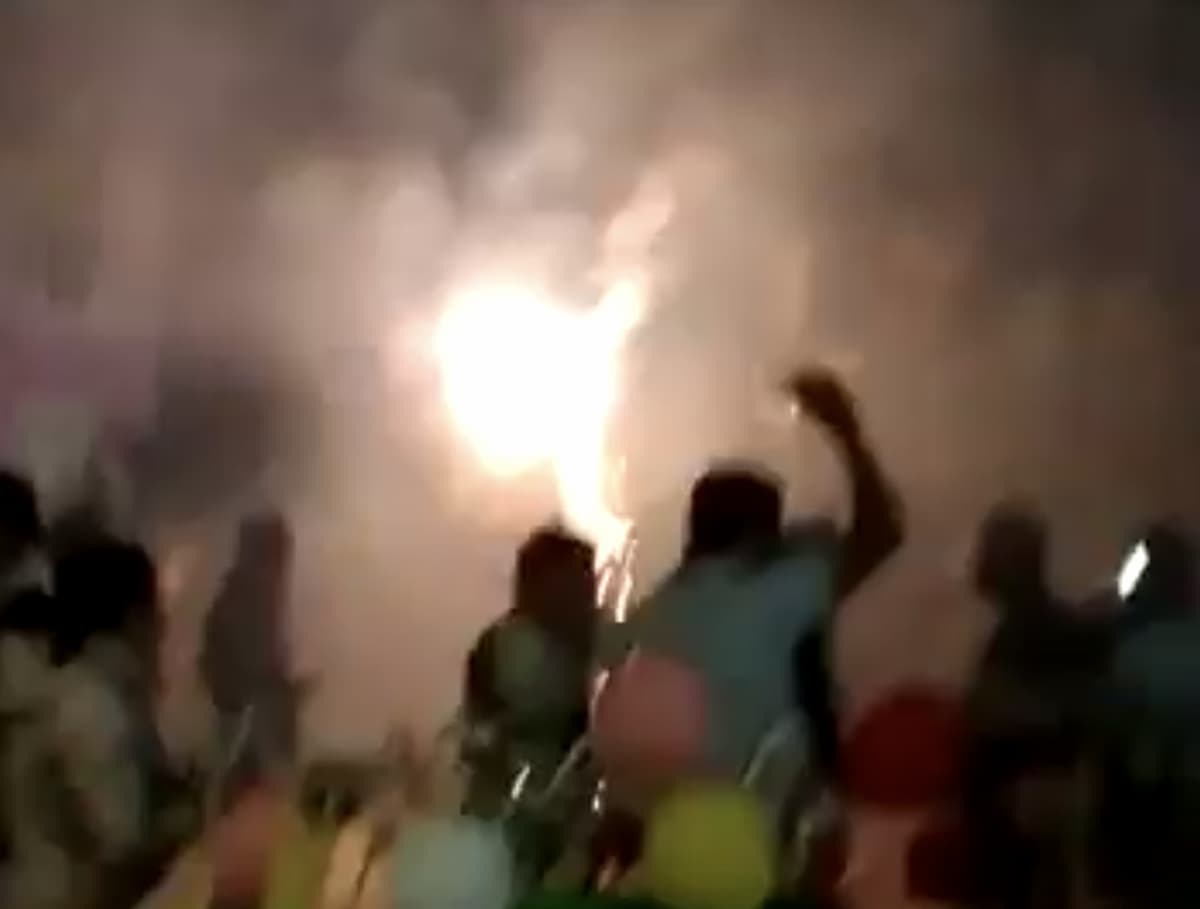 A video circulating on social networks shows the moment of the explosion that took place during the patron saint festival of the town of Santiago Tianguistenco, State of Mexico, and left at least 40 people injured.

According to Aristeguinoticias, one of the attendees died on Sunday.

In the recording, almost a minute long, you can see the moment when people are having fun with the fireworks show until a loud explosion is heard.

What started as a moment of fun early Sunday morning in Villa de San Nicolás Coatepec ended with a tragedy in which 13 people are still hospitalized.

In an informative card, the Government of Tianguistengo informs that of the 40 people injured:

Currently, six of them continue to receive medical attention in state hospitals located in Toluca, four in the “Adolfo López Mateos” Medical Center, their health condition is reported to be serious, while two minors continue in the “Nicolás San Juan” General Hospital, with a delicate health report.