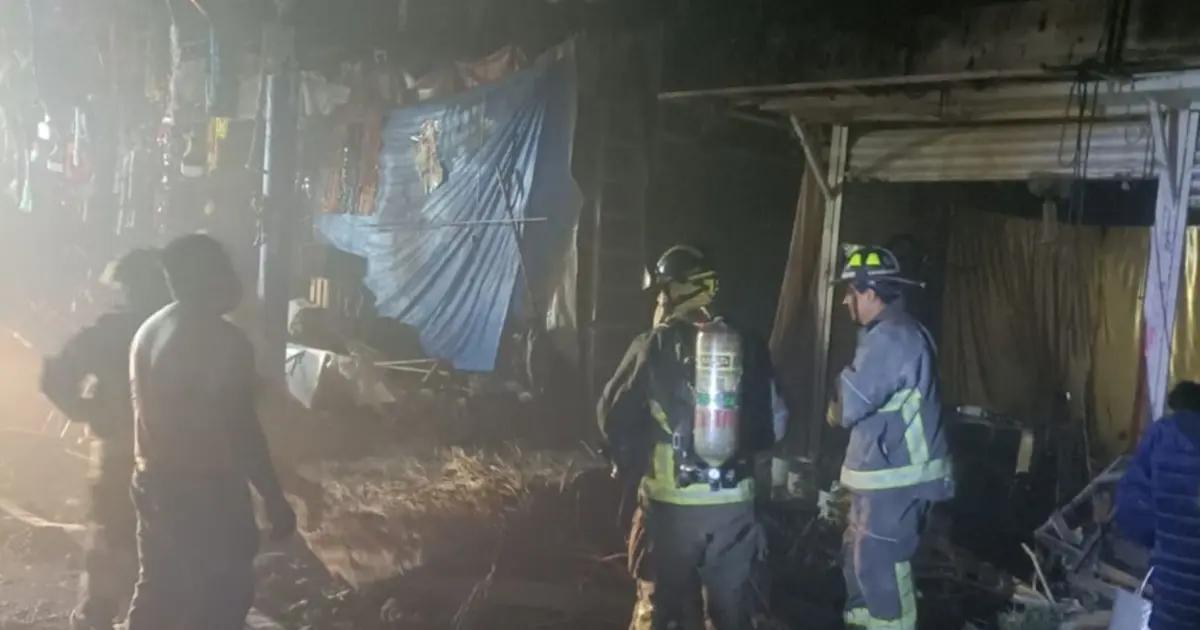 Through its official social networks, the Fire Department of Mexico City reported a fire report in the Magdalena Mixhuca neighborhood in the municipality of Venustiano Carranza. It immediately went to the area to verify the situation.

Minutes later, the firefighters reported that the fire broke out on Morelos Street, specifically inside the well-known Jamaica market, where a store was burning. Hence, they extinguished the fire and did the removal work.

Unfortunately, they reported that the fire caused a dry foliage ornament shop to burn to the ground, but there were no injuries or deaths. The service was concluded after the work of the firemen, and the fire did not spread to other premises.

The Secretariat of Integral Risk Management of Civil Protection (SGIRPC) and the Secretariat of Economic Development were also present in the area; the latter reported that the General Directorate of Supply initiated the protocol of attention, through which they will assess the damages and will follow up the affected merchants.

Local media reported that it could have been a short circuit in poorly placed facilities, whose fire quickly generated a large amount of smoke, clouding the view of the entire market. Despite this, the merchants helped to control the fire before the firefighters arrived, which prevented a disaster.

The Jamaica Market, located on Congreso de la Unión Avenue and Morelos Avenue, is known by the capital and tourists for being one of the largest markets specializing in the sale of flowers, floral arrangements, seasonal flowers, and everything that has to do with foliage.

This great construction was opened to the public in September 1957, so it accumulates 65 years of existence, and in 2016 it was declared an Intangible Cultural Heritage of Mexico City due to its great history and traditions, while the Ministry of Tourism considers it one of the strongest attractions for foreigners visiting the capital.