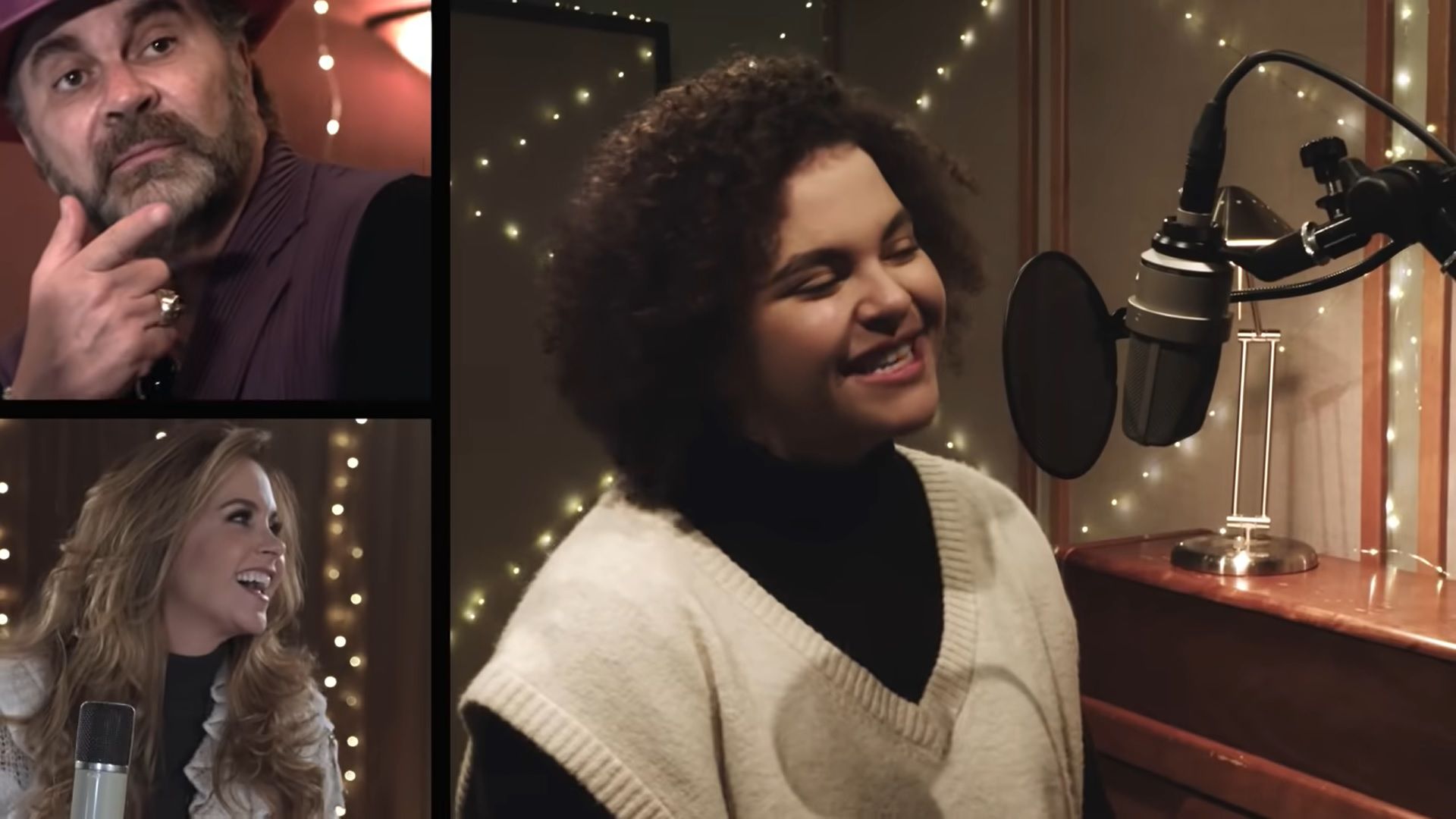 Manuel Mijares, Lucero, and their youngest daughter Lucerito Mijares surprised everyone by releasing a song together to celebrate the Christmas holidays.

Together as a family, Mijares and Lucero reunited again to perform a collaboration to celebrate Christmas Eve and Christmas, but now in the company of Lucerito Mijares, who continues to captivate the public with her voice in Noche de Paz.

“I wish that this Christmas song will accompany you during the holidays and brighten your days,” shared the singer of ‘El Privilegio de Amar’ through her social networks, and added: “I am very happy with this Christmas gift! Thank you for the nice comments, I’m so happy that you like it and share it with us and your loved ones.

Although this is not the first time they have sung together, as both Lucero and Mijares have performed together with their daughter, this is the first time the three of them have recorded a song, and they did it with the Christmas classic Noche de Paz.

Although this album only consists of this special song, fans of the performers celebrated that, once again, they are collaborating as a family for such a special date. “Wooowww and wow, there are no words to express the emotion it feels to hear them sing, separately they are great but the 3 of them together singing is indescribable what they make us feel”, was one of the comments of the fans that Lucero thanked on social networks.

In addition to this special release, the singer of Soldado del Amor and his ex-wife have worked together on more projects, posing for the cover of the publication Caras and announcing their first in-person concert Hasta Que Se nos hizo, in Puebla on February 13.

The family of singers performed together for the first time in Siempre amigos, their first presentation after ten years of their divorce. From home, they performed their greatest hits, among them El privilegio de amar. In addition, they counted on the participation of their two children: Lucero and José Manuel, who also collaborated with their talent in the event via streaming.

Thanks to the success of this meeting, rumors of a tour of the former couple began to spread, but so far, they have only announced a date for Hasta Que Se nos hizo.

However, the singers also participated together in the talent reality show El Retador, which led them to be judges together for the different competitors, accompanied by Itatí Cantoral, which allowed the public to get to know Lucero and Mijares’ current relationship.

“They are the best ex-husbands I have ever met in my entire life, ladies and gentlemen, no kidding. What parents ex-husbands, if that’s how the divorce worked out for them, it’s great that they’re doing it again. They are an incredible couple. I couldn’t have had better partners, for me it’s a really great show,” said the actress in an interview for Las Estrellas.

On her part, Lucero said that between her and her ex-husband, there is a very good friendship that has allowed them to continue delivering to their fans the music they like and to work together to create new projects, such as the expected concert tour.

“Hopefully we will soon have good news to organize dates, and to know if we can do live shows and sing together, both Manuelito and I”, said the star of Soy tu dueña without giving more details.