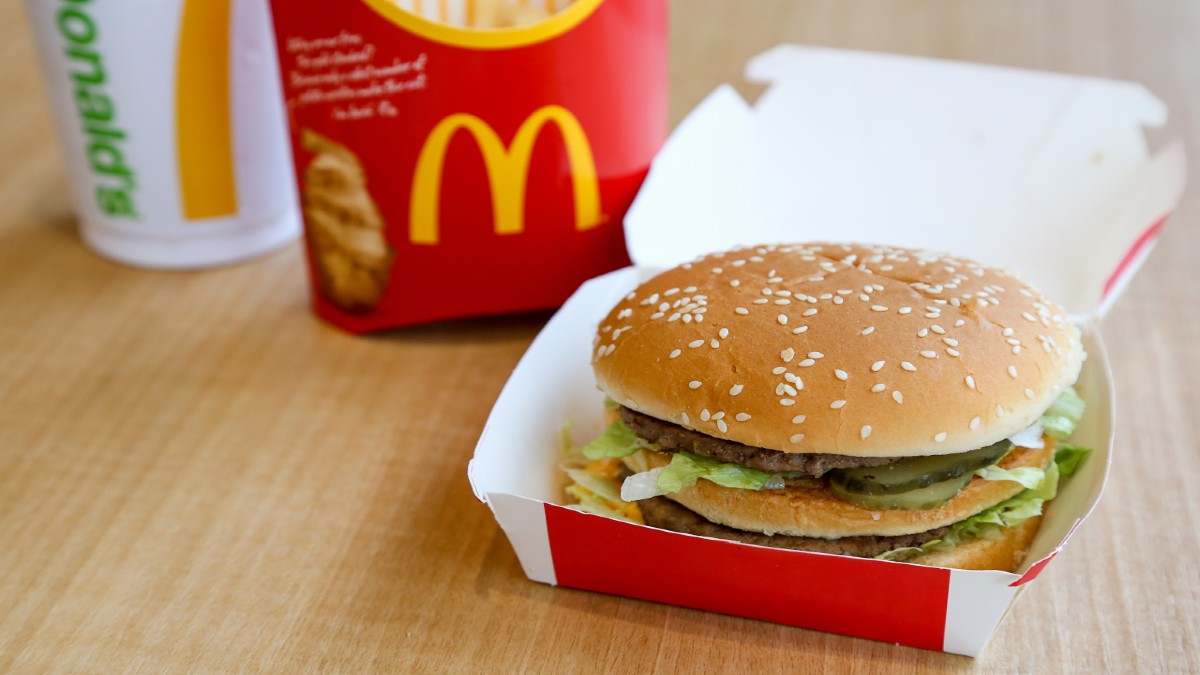 
Inflation is a word that you have surely heard a lot in recent weeks. Understanding this economic concept can be complicated; but nevertheless, there is an easy way to digest it through the price of a Big Mac.

One of the most famous creations of the McDonald’s fast food restaurant has been taken as a simple measure of international reference for understand the purchasing power of currenciesits comparison in the international exchange market and, of course, inflation.

Let’s go by parts. First, how does the price of a Big Mac help us understand indicators like inflation and its impact on the economy?

The Big Mac hamburger was created in 1967 by Jim Delligati, the owner of a McDonald’s restaurant in Pennsylvania. This product was launched in all franchises in the United States and today can be purchased in more than 70 countries, according to a report published by Visual Capitalist.

The Big Mac has in common that, outside of countries with cultural particularities like India, in practically all the world it is prepared with the same ingredients and it has the same distribution system, although, yes, the price varies from country to country.

These characteristics gave way to creation of the so-called Big Mac Index, designed in 1986 by the specialized financial publication, The Economist. The basic concept is that this hamburger can be used as a reference for comparing basic products in different nations.

Other points that the index shows are associated with the exchange rate of the currencies of the countries in which the Big Mac is sold, the idea is that its price, when compared in foreign exchange operations, show if a currency is overvalued or undervalued.

For example, according to an analysis by James Eagle for Visual Capitalist, the price of a Big Mac in China is ¥24.4 (yuan), while at any McDonald’s in the United States, the price to pay is $5.81.

Based on this price difference and considering the implicit exchange rate against the real exchange rate, it is determined that the yuan is 34% undervalued.

In the analysis carried out, which considered the world prices compared and converted from the local currency to the dollar, between 2004 and 2022, it is also shown that Switzerland is the country in which the price rose the most in nominal terms, going from $4.88 to $6.98; however, in real terms, this food had its highest increase in Venezuela, where its price increased from $1.48 to $5.06, that is, 243%.

The comparison also works for determine the cost of living in different countries, but have the same currency, like the US dollar, for example. The Big Mac Index would show where the hamburger is more or less expensive.

The above leads us to talk about purchasing power, an indicator that can also be understood through the price of a Big Mac. This concept refers to the amount of goods or services that can be purchased with a given amount of money.

This is when we have to talk about inflation. Since the pandemic began, this indicator has not stopped rising and last January it stood at 7.5% in their annual comparison. This means that the prices of products and services are now more expensive.

Through the visualization of the movements in the prices of a Big Mac, the index created based on this McDonald’s hamburger, it is possible understand the inflation of the cost of this food and, therefore, of a group of base products.

The data offered by the Big Mac Index allows economists to identify inflationary movements over time and compare them with the official reports on inflation, in our case from the Department of Labor.

But nevertheless, the Big Mac Index has also been criticized for not considering national variables such as the cost of labor, in addition to the fact that McDonald’s does not have franchises throughout the world, for example, in Africa and, mainly, because it lacks diversity, since the only product considered is: a Big Mac .

You may also like: 45% of Americans believe the economy is headed in the right direction, according to Edward Jones and Morning Consult survey