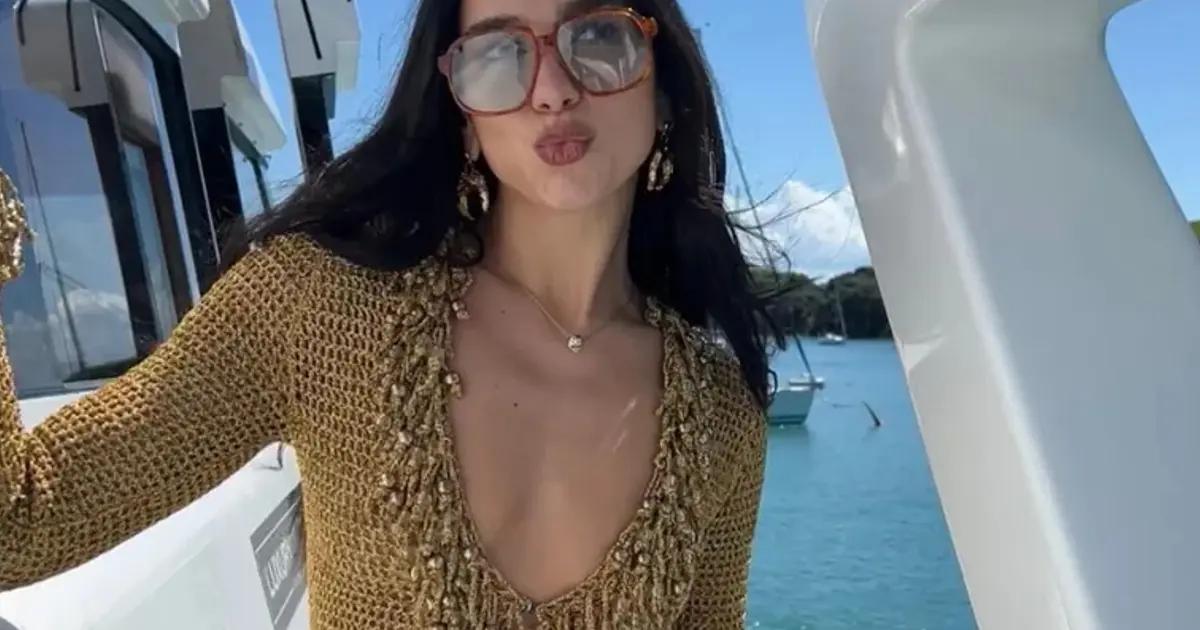 Dua Lipa owns a luxurious mansion in California. Her meteoric career has led her to enjoy some of the benefits of being famous, as evidenced by the purchase of this particular residence in Studio City, a privileged area of Los Angeles in the United States. The property was purchased in partnership with Anwar Hadid when they were still a couple.

After the separation, Dua Lipa’s mansion is in the middle of a legal dispute to define in whose name it would remain. One of the most striking details of the place is its integration with the nature of the area. Even the urban project tried to design it as if it were a kind of “tree house,” and the result was a success.

The interior of Dua Lipa’s mansion in California

Dua Lipa is known not only for her music, but also for her refined good taste when it comes to real estate acquisitions. Her Los Angeles mansion was not exempt from this rule present in each of her purchases. In the case of this property, you can appreciate the great integration with the natural environment that surrounds it, which she also managed to combine with luxury and comfort.

The architect in charge of the design of Dua Lipa’s residence was John Lautner, who made the house as functional as it is eccentric. Eucalyptus and oak trees surround the singer’s house, inspired by the “tree house” model, where the rooms and the garden are in direct contact with the native flora of the wooded area of Los Angeles.

In addition, glass is prevalent in the structure because the residence is surrounded by huge windows that allow the outside to be appreciated. As natural light is concentrated, damage to the environment is reduced.

What happened between Dua Lipa and Anwar Hadid?

Gigi and Bella Hadid’s brother, also a model, started a relationship with the pop singer, soon positioning them as one of the favorite couples. It was 2019 when they were first linked after Dua was spotted attending Anwar’s 20th birthday party in a meeting that raised speculation.

The following month, the couple attended a London music festival, and by August of that year, the two confirmed their relationship via Instagram. However, the breakup came on December 23, 2021, after weeks of speculation that they were already separated.

Rumors that the relationship had come to an end began when an anonymous person left this information on a celebrity gossip account, Deux Moi. Subsequently, media outlets like The Sun backed it up and a source from People also gave their version: “Dua and Anwar are taking a break from their relationship and spending some time apart. They are working things out right now,” the publication said at the time.

Meanwhile, the cause of the breakup would be their busy work schedules. As time went by, although many fans expected to see them together again, they did not resume their relationship.