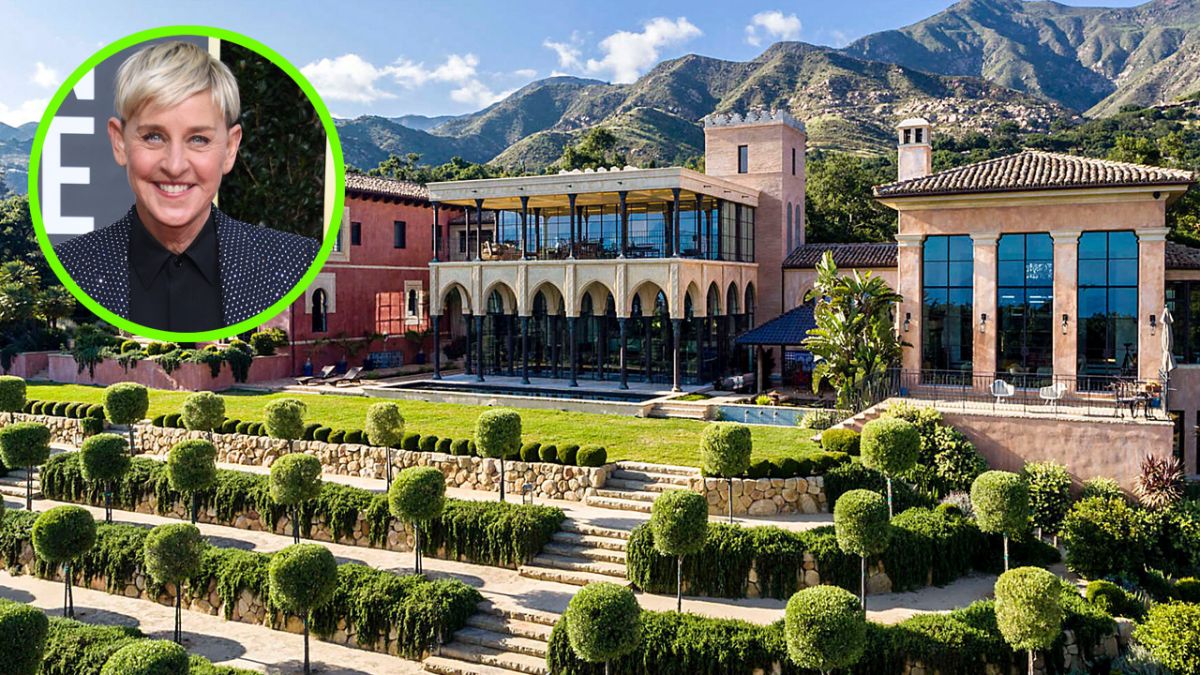 The host Ellen Degeneres64, once again shook the real estate market with the purchase of one of the most spectacular mansions in Montecito, Californiawhich resembles the emblematic Alhambra in Granada, Spain.

The property, which was on the market for almost three years, was acquired on February 24 by the wife of Portia de Rossi on $21 million dollarsa figure infinitely lower than the $35 million dollars intended by its former owner.

The house, which is known as Villa Tragarawas designed and built in 2014 by the director of commercials Kinka Usher, who was in charge of equipping it with the highest quality materials brought from Europe.

“Almost everything in the mansion is red, itself custom-built and elegantly expensive, from the hand-carved front door, to the intricately worked windows, to the beautiful floors, most of which were imported from Europe. There are hammam-inspired bathrooms, numerous Corinthian columns, and radiant-heated floors throughout.

According to the technical sheet, released by various media specialized in the sale of real estate, the residence has an extension of 11,947 square feetwith four bedrooms, with four full bathrooms and one half bathroom.

It also has a hall, a kitchen, a breakfast room, a dining room, a living room, a main room, a billiard room, an office, a cinema room, a library, an aquarium with exotic fish, an elevator, a garage for three vehicles, among other rooms.

Outside, on his lot 2.45 acreshas a terrace, with extensive green areas, with a heated pool with its respective spa area, with a pickleball court, with a bocce court, with koi ponds, with a tennis court, with a pergola, with a bonfire, with fountains, with waterfalls , with guest house, with barbecue area, among other amenities.

As well as attracting attention for its interiors and exteriors, the property also stands out for its location, which is simply enviable, giving its tenants unparalleled views of the sea and the landscape.

To see more images of this jewel of architecture, click here.

Do you remember her? This is the false and millionaire mansion of Verónica Castro in Acapulco