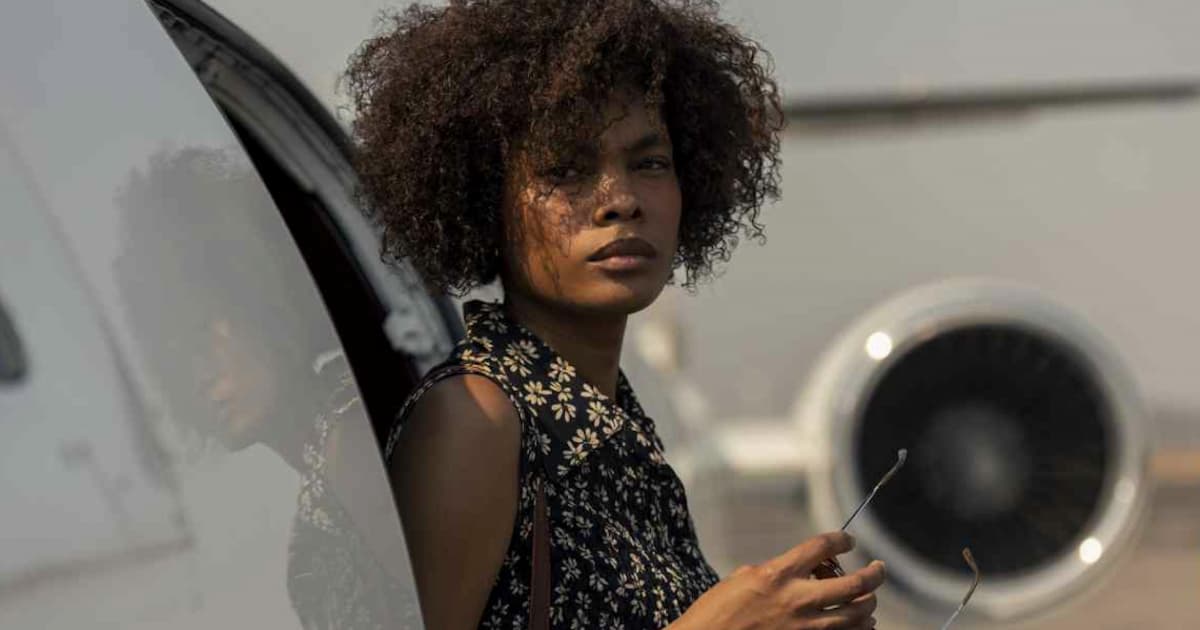 On November 5, 2021, Netflix began broadcasting the latest season of the popular series “Narcos,” this time centered on the 1990s, after the imprisonment of Miguel Ángel Félix Gallardo and amid the war between cartels to take over the drug business in Mexico.

Throughout its ten episodes, the series narrates the rise to power of Amado Carrillo Fuentes, known as “El Señor de Los Cielos” (Lord of the Skies), who was the leader of the so-called Juarez Cartel.

For Cuban viewers, this new series season has a special attraction, as one of its secondary characters is Carrillo Fuentes’ Cuban girlfriend, Marta Venus Cáceres. Several episodes of the new installment also take place in Havana.

Cáceres, played by Cuban actress and model Yessica Borroto, was identified by the Cuban government as one of the “Lord of the Skies” love affairs, who frequently traveled to the island to see her.

According to information the Cuban government delivered in 1997 to the then-Mexican Attorney General’s Office, “Carrillo Fuentes was affectionately related to the Cuban citizen Marta Venus Cáceres.” However, she did not know the true identity of the narco, who called himself Juan Antonio Arriaga. For many, he was a simple Mexican tourist with high purchasing power, known by the nickname “El Patroncito.”

In the plot of this new season, Marta meets the narco in a luxury hotel in Havana, where she is a pianist. Carrillo Fuentes approaches her, and from then on, every time Amado visits the island, he spends time with her. The relationship grows, and the narco even takes her off the island and gives her property in Chile.

What appears in the series does not seem to be far from reality. According to DEA information released in 2001, the powerful Mexican drug trafficker paid millions of dollars to the Cuban government to use the island as a refuge for business and love. This was confirmed to the newspaper El Nuevo Herald by one of Carrillo’s lieutenants, Alejandro Bernal, who was later extradited to the United States.

“He stayed there. The compadre [Carrillo] stayed there in Cuba. Suppose you want to get to Cuba and stay there living in peace, five million dollars to Fidel. And nobody touches you. But that’s not new. It’s been going on forever,” the drug trafficker told the Herald. “Cuba is a paradise, my king, if you’re not going to kill anyone or talk about politics.”

According to Bernal, Carrillo rented a hotel room in Havana and a house in a city residential neighborhood where he spent long periods with his friend. He also claimed that Carrillo had done extensive charity work on the island.

Mexican authorities admitted in 1997 that Carrillo Fuentes enjoyed privileged access to Cuba, where he allegedly laundered millions of dollars in investments. After denying the reports, Cuban Ambassador to Mexico Abelardo Curbelo Padron told the Mexican press that if Carrillo had been to Cuba, he would have done so under another identity.

Yessica Borroto, who plays Marta Caceres in “Narcos,” is a 29-year-old Cuban actress and model. She has modeled for Channel, Puma, Lambertz, Dey, and Cuban brands such as Clandestina and Prietos’ Style. Her face is increasingly recurrent in Cuban TV series and video clips. According to Vistar magazine, she is one of the most sought-after models in the Cuban industry.

She had previously acted in the Italian film Non è un Paese per Giovani (2017) and the series “Cuatro Estaciones en La Habana” (2016), also from Netflix. In addition, her film Sound of Freedom (2022) is about to be released.

According to her biography on the internet, Borroto was born in Havana in 1992, and her full name is Yessica Borroto Perryman. In addition to being an actress and model, she is a presenter and singer.

A death under suspicion

One of the plot lines explored in the new series season is the numerous doubts about the death of Carrillo Fuentes, in July 1997, supposedly in an operating room while he was trying to have plastic surgery.

At Santa Monica Hospital, located in Polanco, one of the most exclusive areas of Mexico City, someone by the name of Antonio Flores Montes arrived to undergo surgery by a renowned Colombian doctor: Ricardo Reyes.

The doctor knew that his patient was Amado Carrillo Fuentes. The latter would have died during the operation “due to the residual presence of pharmacological agents of anesthetic type,” according to the autopsy report released at the time.

The following day, his body was transferred to the García López Funeral Home, one of the most exclusive in the Mexican capital, which would transfer the body to Culiacán and then to Badiraguato.

His death certificate at the Santa Monica hospital was under the false name Antonio Flores Montes.

That same afternoon, the PGR informed in a communiqué that “El Señor de Los Cielos” had died. The DEA endorsed the information.

The official version states that he went into cardiac arrest after eight hours of surgery, but some witnesses affirmed that the drug lord had come out of the operating room alive.

His body was shown publicly a week later, in the coffin. A mustache protruded from his face, which aroused suspicions for someone who was about to undergo surgery on his face. Assumptions arose about a double, one of Carrillo Fuentes’ strategies to evade the authorities and his rivals.

The death of the three doctors who had participated in the operation, including the Colombian Reyes, contributed to these doubts. Nobody knew who kidnapped and murdered them.

The disappearance of a commander of the Judicial Police of the District, Jose Luis Rodriguez “El Chiquilin,” to whom the press attributed a suspicious resemblance to Carrillo Fuentes, coincided in those days.

The suspicions were fueled two years later, in 1999, by journalist José Alfredo Andrade Bojórquez, in his book “Desde Navolato Vengo: biografía de Amado Carrillo Fuentes,” in which he described the disappearances of those who had suggested that Amado Carrillo Fuentes was not dead. The author of the biography also disappeared in November of the same year.

Journalist Omar Sanchez de Tagle of Animal Politico asked the PGR for the histopathological studies performed on the corpse in July 1997 and the results of the alleged DNA tests.

The Special Deputy Attorney General’s Office for Organized Crime Investigations (SEIDO) replied that there was no expert or DNA evidence to know the cause of death publicly. Seven different areas of the PGR, one of the most corrupt agencies in Mexico, affirmed that there are no documents on previous investigations, circumstantial records, or open investigations involving the leader of the Juarez Cartel. The only information available were two press releases about his death in 1997.

More than 20 years after the alleged death of the “Lord of the Skies,” there is no certainty about his death. Doubts about whether the body exhibited by the Attorney General’s Office was that of Amado Carrillo continue to this day. There are also versions that he is still alive, in Argentina or Chile, and collaborates with the DEA.

When he died, the DEA and Forbes magazine estimated his fortune to be around 25 billion dollars in business and properties, accumulated in 17 years as a drug trafficker.

The final chapter of the series also hints at a reunion of Carrillo Fuentes with his Cuban girlfriend in Chile.

In 2023, they will launch another series dedicated to The Lord of the Skies.