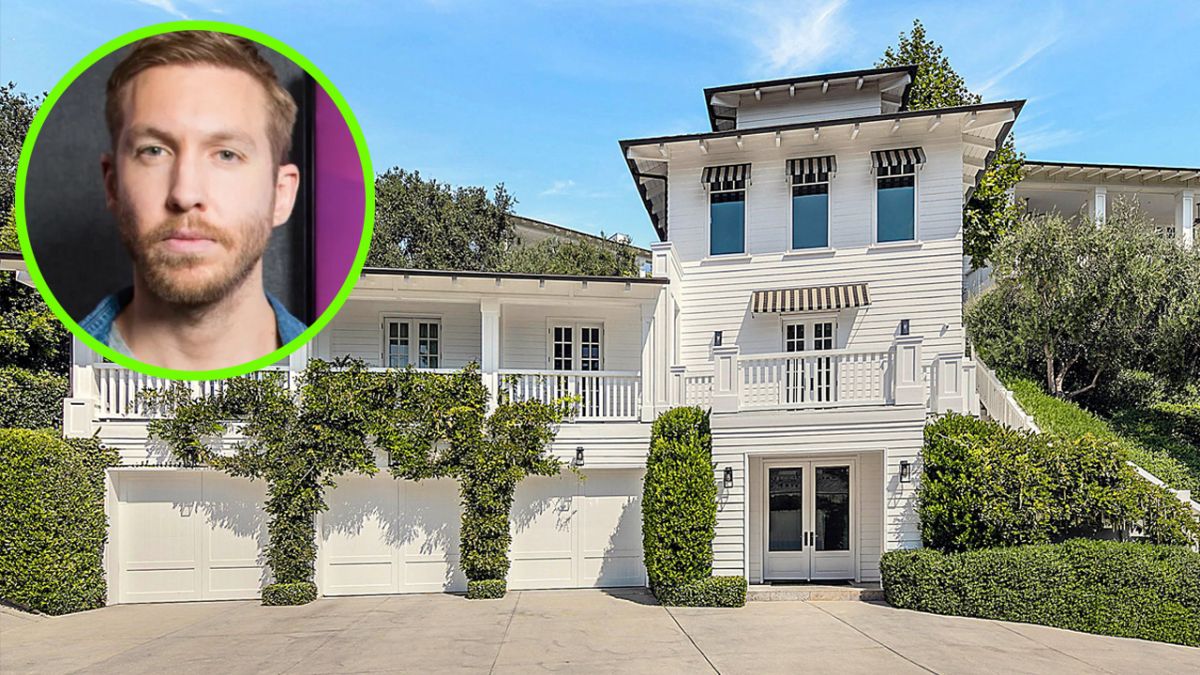 the scottish performer Calvin Harris38, who is considered one of the best DJs in the world, is looking for a new owner for the huge mansion he owns in the Beverly Hills area of ​​California.

The also producer is asking $25 million dollars for his home, a figure infinitely higher than what he paid in 2014, but it is all due to the millionaire investment he made for its expansion and remodeling.

The current building, as we could see in the technical sheet, has a total of five structures, distributed in: main house, guest house with recording studio, security office, gym and garage for five vehicles with cinema included.

The kitchen is open, very spacious and connects to several rooms. It is equipped with white cabinets, high-end appliances and two huge islands that can be used to prepare food, but also as a breakfast area.

The master bedroom has more than enough space for a large bed and a living room, as well as spectacular views of the mountains that surround the residence.

The bedroom is completed by a fireplace, a dressing room and a full bathroom.

Outside, on his lot 2.69 acresthe impressive mansion has a terrace area, with extensive green areas, with a swimming pool with its respective spa area, with a pool house, with a barbecue area, with a sports field, with a bonfire, with an orchard, with a solar dome, among others. amenities.

To see more images of the home that Eiza González’s ex is selling, click here.

After getting rid of Jenni Rivera’s mansion, Nick Lachey sells a house to Naomi Osaka

Get to know the inside of the house that the journalist León Krauze sells in Santa Monica, California

This is the prison to which Emma Coronel, the wife of ‘El Chapo’ Guzmán, was transferred