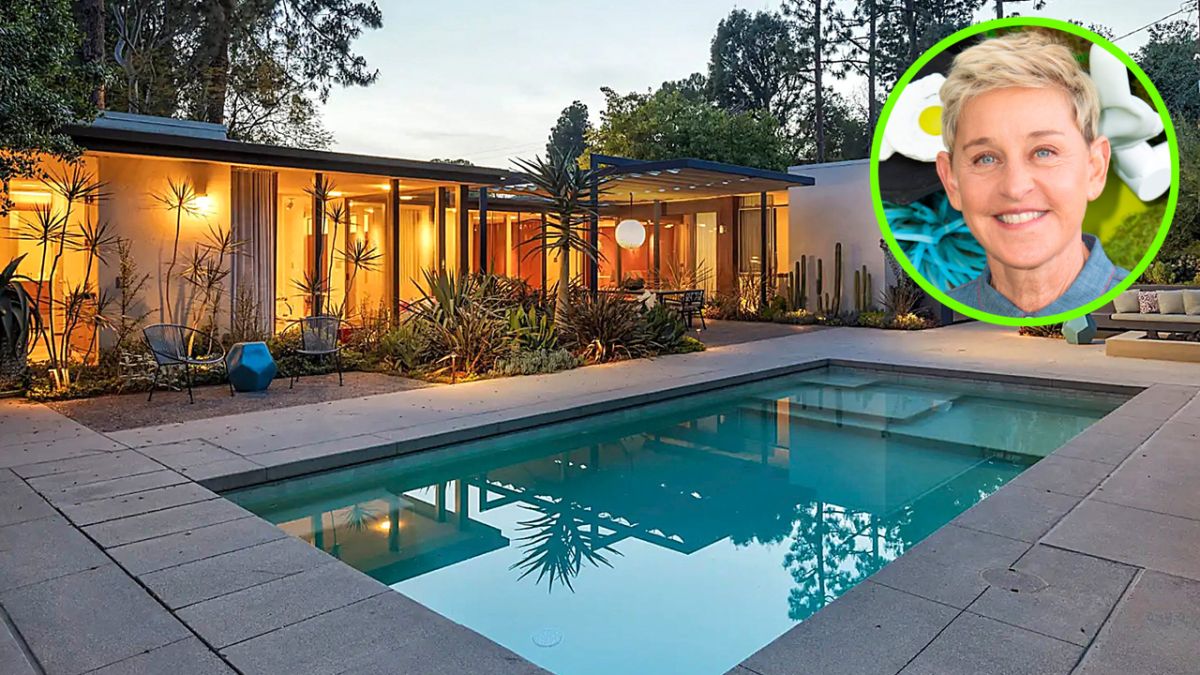 The host Ellen Degeneres64, did it again, when it became known that he had just gotten rid of the mansion he bought in Beverly Hills just eight months ago.

The sale of the spectacular property was carried out in an off-market operation, but it is known that it was bought by the Israeli Guy Ossearywho since 2005 lives in the house next door and since 2015 has another one right there.

So far it is unknown if Ellen and Portia made any improvements to the residence, as well as the plans that Madonna’s representative has with his new investment, so we will have to be attentive to the details that arise in the future.

The house, according to the technical sheet released by various media specialized in the sale of real estate, was built in 1961 and has an extension of 4,614 square feet.

The kitchen is somewhat narrow, but quite spacious. It is equipped with a brown cupboard, with high-end appliances, with a central island that can be used to prepare food and as a breakfast bar. It also has room for a dining room table for four people.

The main bedroom, which overlooks a garden through a large window, has space for a large bed, as well as a fireplace, a large dressing room and a bathroom with a double vanity, a toilet, a shower with a transparent screen and a bathtub.

Outside, on his lot 0.42 acreshas extensive green areas, with a swimming pool with spa area, with terraces, with a games room, with a barbecue area, among other amenities.

Despite its age, the property was recently restored by architect John Bertram and by the designer Sarah Shetter, who respected the original design of the dwelling. The gardens were designed by Judy Kameon.

Security and privacy are other highlights of the property, as it is located in a gated community.

To see more images of his new abode, click here.

Eugenio Derbez went from having a $4,250,000 mansion to a $14,000,000 mansion in eight years
We take you to see the beautiful mansion of ‘Walo’, the famous vocalist of Banda MS
Richard Gere celebrated May 5 with the sale of his enormous New York country house
Eugenio Derbez: This is the inside of the incredible new mansion for which he paid $14,000,000