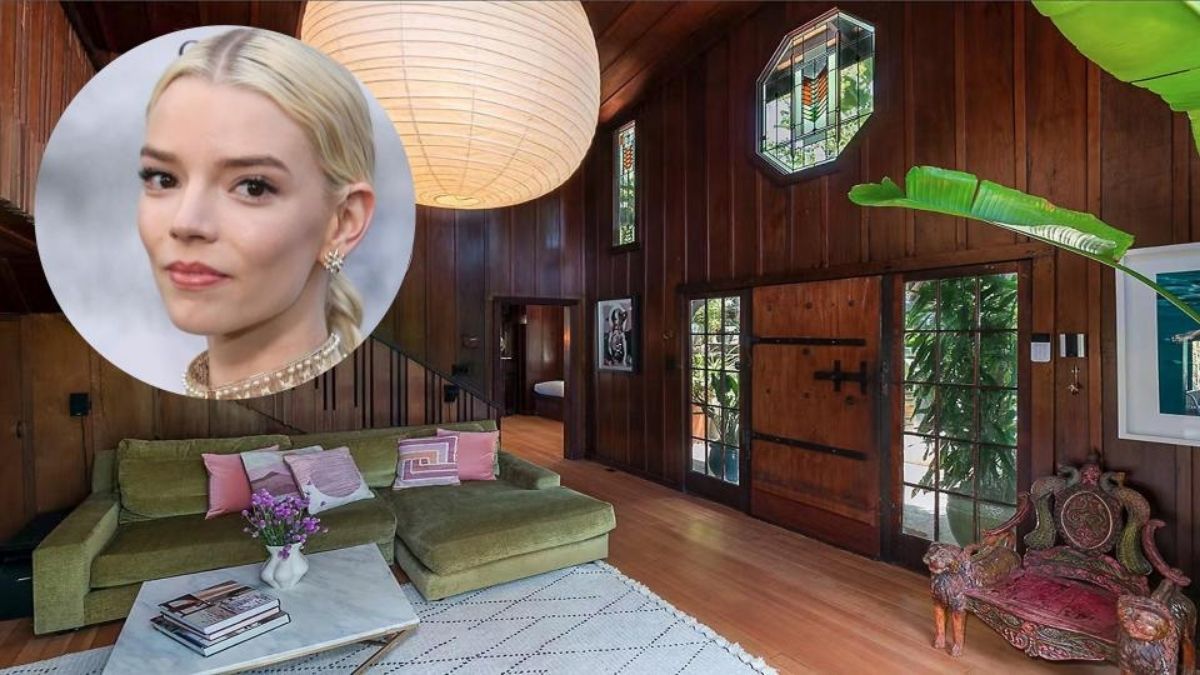 The actress Anya Taylor-Joy captivated everyone with her leading role in the Netflix miniseries ‘The Queen’s Gambit’. Critically acclaimed, she has managed to represent major brands like Dior and more.

Although the miniseries were the target of a lawsuit lately, Anya Taylor-Joy’s work in ‘The Queen’s Gambit’ was recognized with a Golden Globe Award, a Screen Actors Guild Award and a Critics’ Choice Television Award. She was also nominated for BAFTA Awards and Primetime Emmy Awards. Taylor-Joy is of American-British nationality and has Argentine and Spanish origin, so she embodies many of the world’ cultures.

Recently, the renowned 26-year-old actress bought a historic mansion in the Hollywood Hills, California, after paying $2.3 million dollars. The actress paid the exact figure with which this house entered the real estate market.

Could be interesting: Meet the house that the late Taylor Hawkins bought after his debut with Foo Fighters

This new property has a very interesting history, starting with the discussion that is held regarding the year of its construction. Some say it dates from 1921 and others say it is from 1904. If the latter date, this property would be one of the oldest in the Hollywood Hills.

The property is said not to have been owned by actors or other Hollywood stars in recent years, but some reports have suggested that Ian McKellen, Daniel Craig and Robert Downey Jr. once stayed at the property.

Among the property’s features, stand out are the high wood-paneled ceilings and large windows, to remind the tenants that they live surrounded by nature.

The kitchen is open plan with brown and green cabinets. The entire property is quite attractive in that it resembles a large tree house.

Outside the house you can also enjoy the large trees that surround the place. It has a terrace, jacuzzi and barbecue area, all ideal for spending afternoons and evenings outdoors.