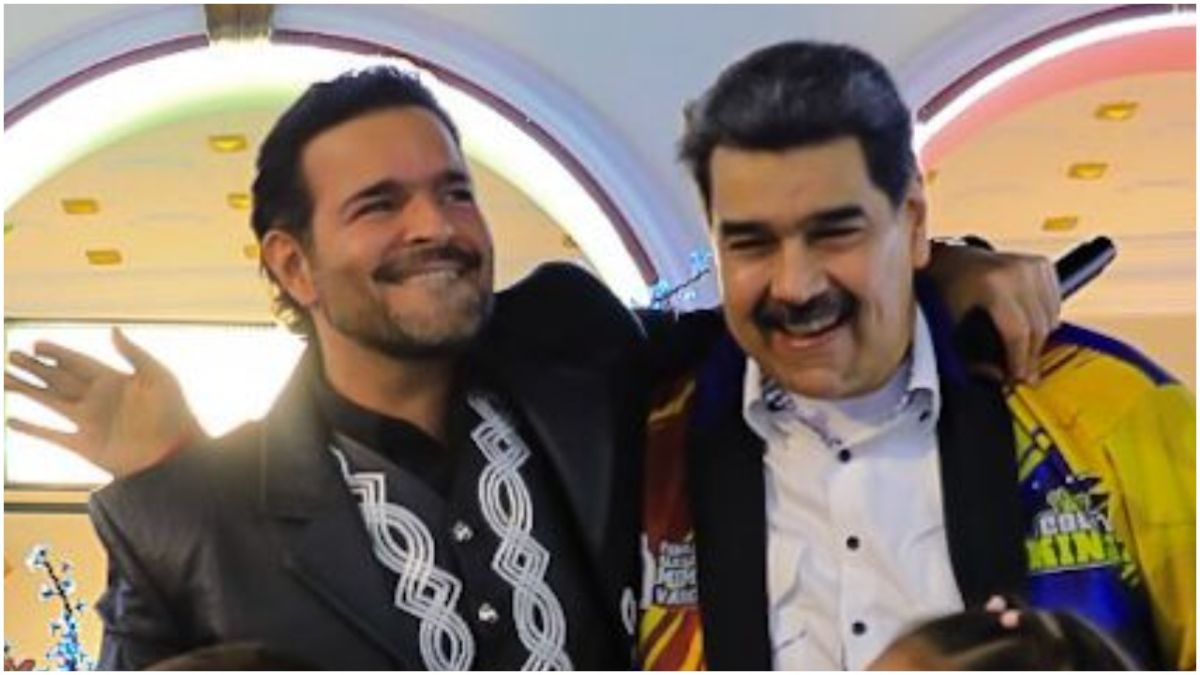 In recent hours the Mexican interpreter Pablo Montero, 47, has been on everyone’s lips, but did not do so because of his participation in ‘The House of the Famous’ or by his alleged relationship with a much younger woman, but he did it because he had been the luxury guest of Nicolas Maduro, to whom he sang ‘Las Mañanitas’, ‘El Rey’ and other songs on the occasion of his 59th birthday.

The celebration of Hugo Chávez’s successor took place in the emblematic Miraflores Palace, a site that has served as the home of several presidents of the South American nation.

The palace, which is located in the city of Caracas, was ordered to be built in 1884 by the then president, Joaquin Crespo, in the old grounds of the Hacienda La Trilla.

The work was carried out by the Italian count Giussepe Orsi de Mombello, who was in charge of giving it the touch and style that characterizes it so much.

At first it was planned to be the home of the then president and his family, but the work was delayed so much that it was until the year 1900 that it was concluded, being until then that it housed the first president, the General Cipriano Crespo, who was in power from 1899 to 1908.

Inside, in addition to the typical rooms, it has multiple rooms dedicated to holding the most diverse events.

Among its rooms are the Néstor Kirchner Room, the Ambassadors Room, the Boyacá Room, the Pantano de Vargas Room, the Simón Bolívar Room, the Sol del Peru Room and the Ayacucho Room.

It also has a presidential office, a chapel, among other rooms, while outside it has a central patio, multiple statues, fountains and Venezuelan flags.

Get an inside look at the mansion from the movie ‘House of Gucci’… it’s available for rent!

They assure that Julio Iglesias Jr. could go to prison for owing the taxes of his mansion in Florida