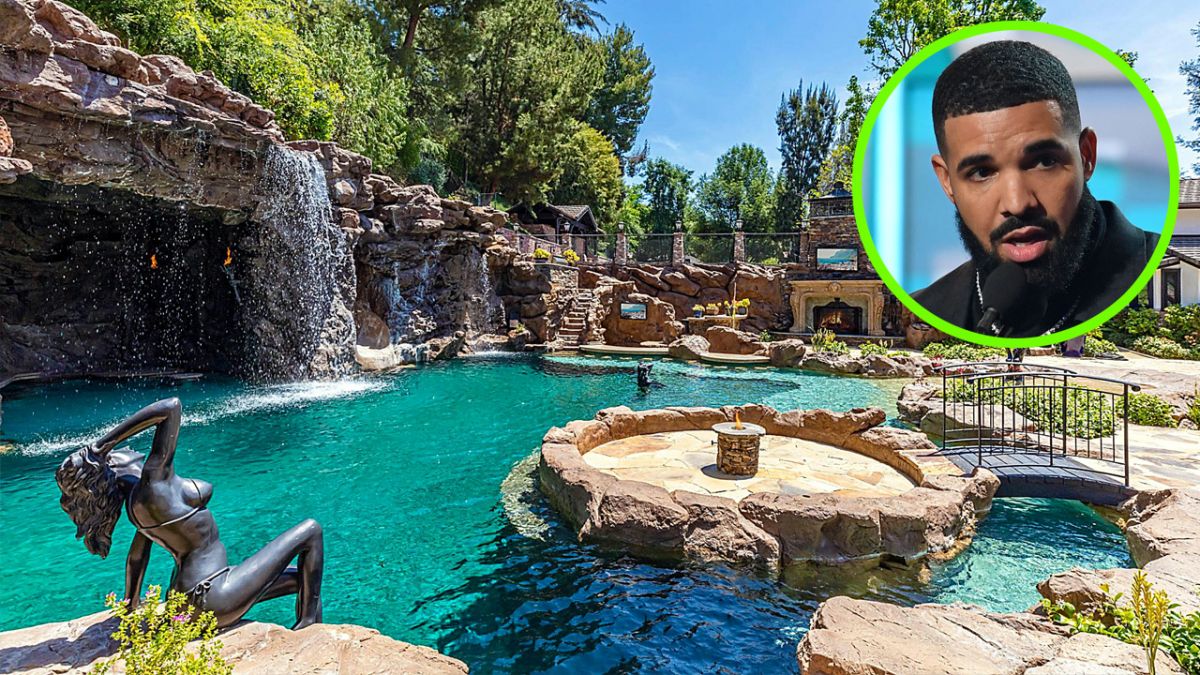 canadian singer Drake35, decided to put up for sale the imposing mansion he owns in Hidden Hills, California.

According to information from various media specialized in the sale of real estate, the interpreter of ‘One Dance’ is asking $14.8 million dollars for his luxurious residence known as Yolo.

The property, located in a gated community and Tudor architectural style, has an extension of 12,500 square feet, with seven bedrooms and nine bathrooms.

It is completed by a hall, a kitchen, a dining room, a living room, a main room, a television room, a cinema room, a bar, a wine cellar, a tasting room, a recording studio, a laundry room, garage for five vehicles, among other amenities.

The kitchen is open and not so wide. It is equipped with blue, gray and brown cabinets, with high-end appliances and a central island that can be used to prepare food, but also as a breakfast area.

The master bedroom, which is probably where Drake used to sleep, has more than enough space for a large bed and two living rooms. It also has a bar, a large dressing room and a bathroom with a double vanity, a bathtub, a walk-in shower and a fireplace.

Outside, on his lot 3.11 acresthe property has a terrace, extensive green areas, fountains, statues, a resort-style pool with its respective spa area, a beach volleyball court, and a multipurpose court.

“Retreat to your private oasis featuring a huge pool with spa grotto, swim-up bar, waterfalls, an 80-foot rock slide, and surrounded by TVs to watch the big game or enjoy a floating movie,” it’s like the real estate pages promote their sparkling pool.

The house also has a mechanical bull, a stable and an arena, so it would not be surprising if the new owners have horses or other types of livestock.

In case the Drake house is not considered large enough for future investors, there is the possibility of acquiring the two neighboring lots for a total of $22.2 million dollars.

With the accession of these lots, the musician’s property would go from 3.11 at 6.7 acreswhich would double its size.

To see more images of the mansion that Drake put up for sale, click here.

The sale of this mansion occurs shortly after it was revealed that Drake himself had taken out the wallet to become the New owner of Robbie Williams’ former Beverly Hills abode.

This is the house in which Iran Castillo enjoys Demian, his little baby

They sell for $9.5 million, with everything and furniture, Michael Jackson’s former mansion in Las Vegas