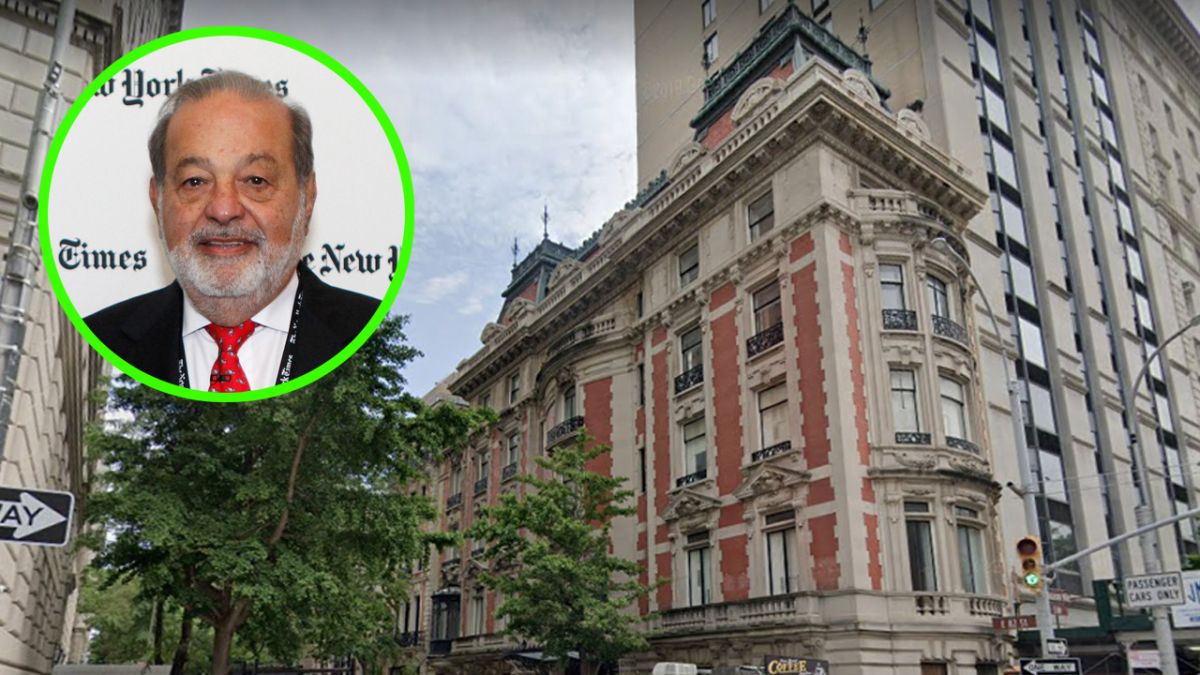 The Mexican businessman Carlos Slim, 81 years old and considered the richest man in his country, would have made the decision to leave his luxurious New York mansion, located on Fifth Avenue, due to its strong paranormal activity.

According to Tiktoker Carlos Name, the historic property, which is also known as Benjamin N. Duke House, records inside events that would not have a logical explanation.

“The house that Carlos Slim left in New York is rumored to be unused due to its strong paranormal activity. One night the butler heard loud noises and when he went down he saw the carpet, which covered the entire floor, rolled up and his furniture destroyed ”, the influencer shared in his video, which already has more than 460 thousand reproductions.

The residence, which dates back to 1901 and is of Beaux Arts architectural style, had as its first inhabitant the businessman Benjamin N. Duke, who was then president of the American Tobacco Company.

Later it passed into the hands of several members of his family, being until 2006 that he ceased to belong to the Dukes.

The billionaire of Lebanese origin acquired the property because he wanted to have a fixed place for when he had to travel to the Big Apple to close a business.

Despite his initial plans, the taste did not last long, because in 2015 he launched it on the market for $ 80 million dollars, Without, until now, I have found someone interested in buying it, although it already appears as ‘Off Market’ in specialized real estate sites.

The residence, which is spread over eight floors and is unfurnished, has eight bedrooms and 10 full bathrooms.

In total it has 25 rooms, among which are the hall, kitchen, dining room, living room, main room, balconies, elevator, among other rooms.

In addition to attracting attention for its interiors and for its limestone and red brick façade, the house also does so for its location, being located a few steps from the Metropolitan Museum of Art and Central Park.

To see more images of the interior, click here.

VIDEO: This is what the ‘humble’ ranch of Julión Álvarez is inside in La Concordia, Chiapas

Meet the mansion that Juanita, Michael Jordan’s ex, sold out in Chicago