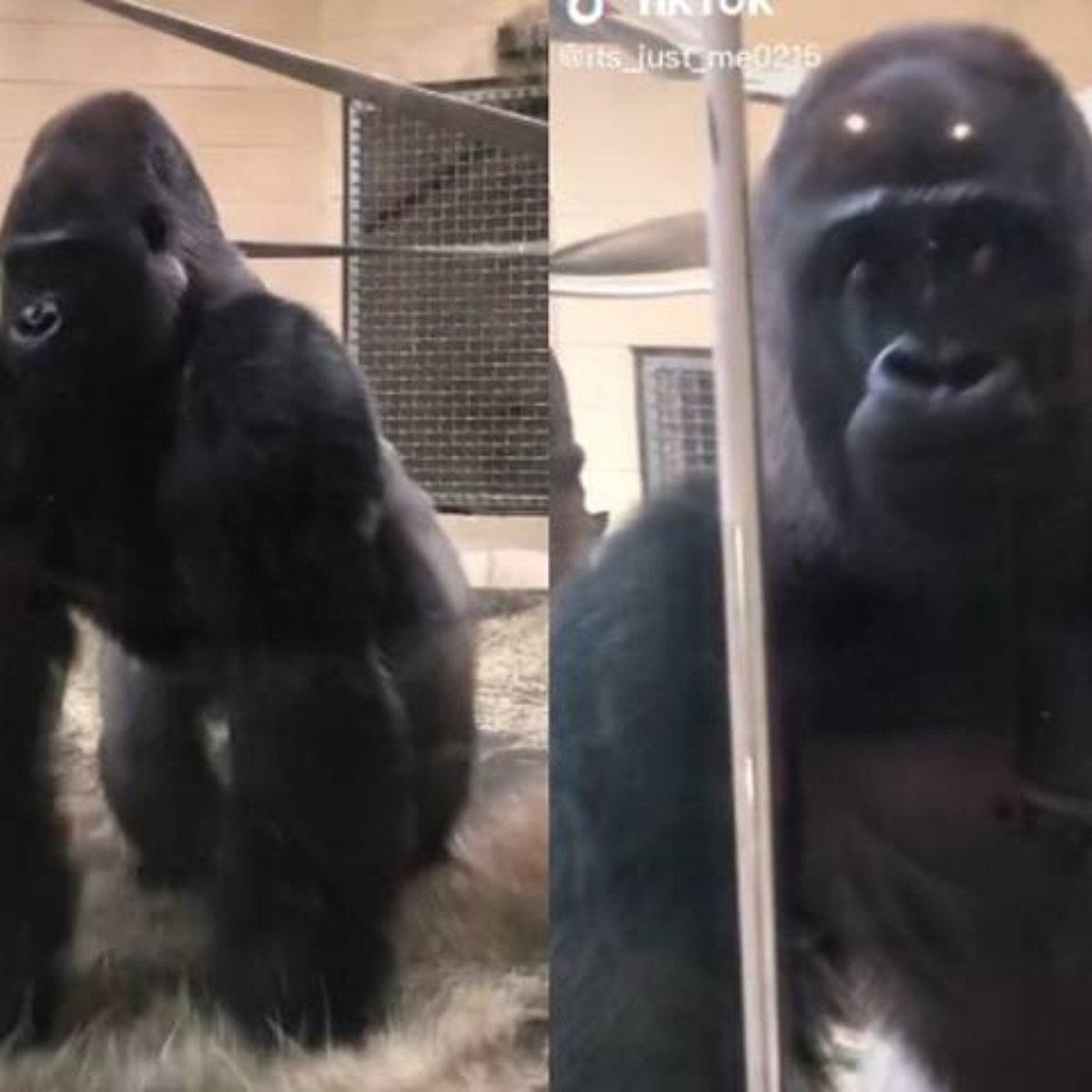 A male gorilla named “Cenzoo”became the sensation of social networks after making a surprising appearance, usually when we think of this type of living being, we tend to think that it is a violent specimen, to which we must have a lot of respect and observe carefully, and even from afar.

But the friendly gorilla at the Riverbanks Zoo in Southern California let see a funny stagesomething almost impossible to think, but the facts were captured in a clipwhich has gone around the world, causing laughter and leaving one or another square eye.

The woman who captured the unprecedented moment, spoke to the CNN network, and expressed that she felt very amazed and even felt that she froze when she saw the animal of just over 1.80 meters and almost 160 kilograms, slide up to her.

The video of tiktokshows the funny moment when Cenzoo unexpectedly leaves his enclosure, and slides along the floor with his feet and arms, until he reaches the security glass, but here the matter did not stop, because the great ape turns around and hits his “butt” to the glass, then he turns around and goes back into his hiding place.

The woman reported that during the minutes in which he reacted unexpectedly, she felt that the gorilla was going to break the tiny safety glass and that this would end tragically, however fortunately the situation was different,“He gave me a ‘don’t mess with me’ look”assured.

According to the compilation made by AmericanPost.Newsthe zookeepers, explained after the peculiar video, that the gorillas can react by running towards their target, reaching high speeds, before stopping right in front of them, if they feel threatened, at this point they decide whether to attack or simply show off an upright posture to send a strong message to his enemies, in this case Cenzoo, lashed out at the woman to let her know that he is the boss of the place.