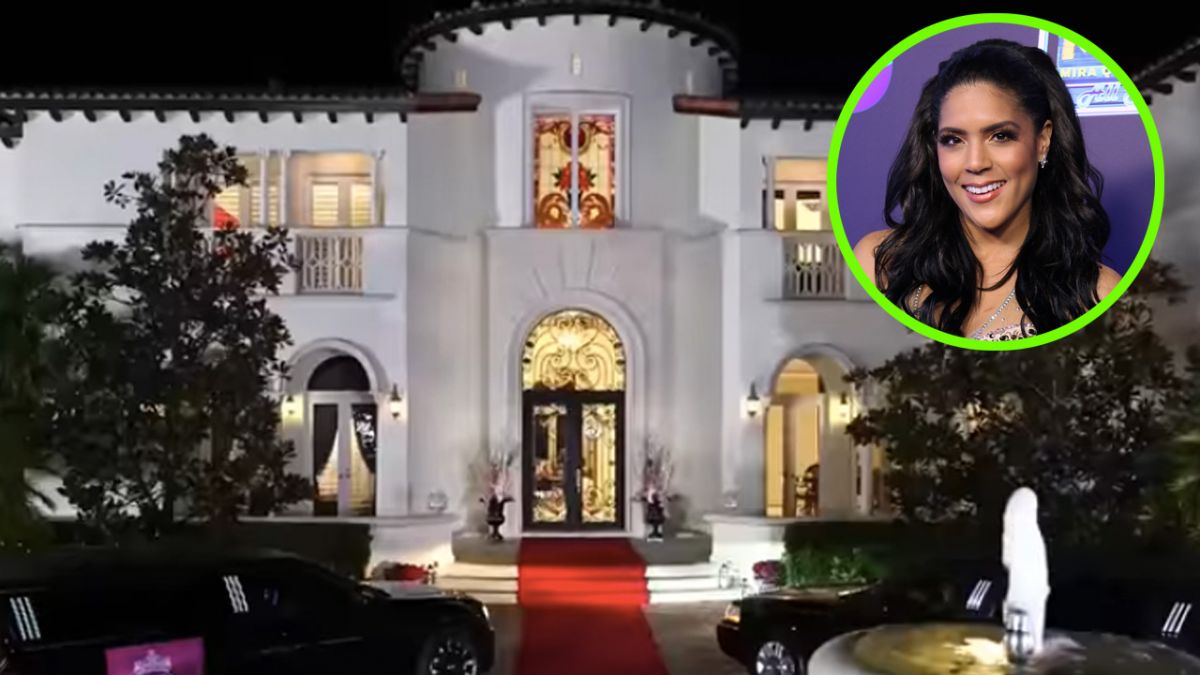 The Dominican presenter Francisca lachapel, 32 years old and who is part of the magazine program ‘Wake up America’ couldn’t help but get nostalgic after visiting the mansion of ‘Our Latin Beauty’, a place where he went through great moments and that changed his life forever.

The property, which It was where the successful Univision reality show was recorded in the year 2015, was visited by the wife of Francesco Zampogna, which led her to relive the days before her coronation as the winner of that edition.

“This is too much for me. You do not know the emotion that I feel because I am walking towards the mansion of ‘Nuestra Belleza Latina‘ that was used in my year. Can you imagine what my heart feels when walking to this mansion, where I lived with 12 women, where I gave everything to be able to take myself home, give my country, my people, that crown of ‘Nuestra Belleza Latina ‘Francisca shared at the beginning of her video.

In his material, lasting almost four minutes, little Gennaro’s mother showed in detail some of the exteriors of the imposing residence, which included a swing where he used to sit to write, the extensive green areas, the training areas, a swimming pool, a jacuzzi, a bar and a terrace.

“There is a swing that I would sit there, and the girls too, to think, to talk. I sometimes sat down to write and read. Of course, that was when we had time, because we were busy 24/7, ”Lachapel recalled.

He then exhibited the interiors of the imposing residence, which has multiple bedrooms and bathrooms, but during the reality shootings they only had access to one bedroom and one of the toilets.

“The room where the 12 girls had to live, that did surprise me because they put us at 12 together, we used the same bathroom and everything in a similar house,” the Caribbean woman recalled.

The interior tour began with the lobby, which from there was shocked by the size and the great luxuries that the residence had.

“I remember that when I walked through that door, I stood here in the center and said ‘My God, what a house’ and walked and walked,” Francisca recalled about her first impression of the house.

He then showed from a distance the rooms that the staff used to make up the participants, as well as the dining room and the kitchen area.

Get an inside look at Chiquis Rivera‘s luxurious new mansion in Indian Springs, California

Get to know the house of Teresa Rodríguez, the journalist who said goodbye to Univision’s ‘Here and Now’