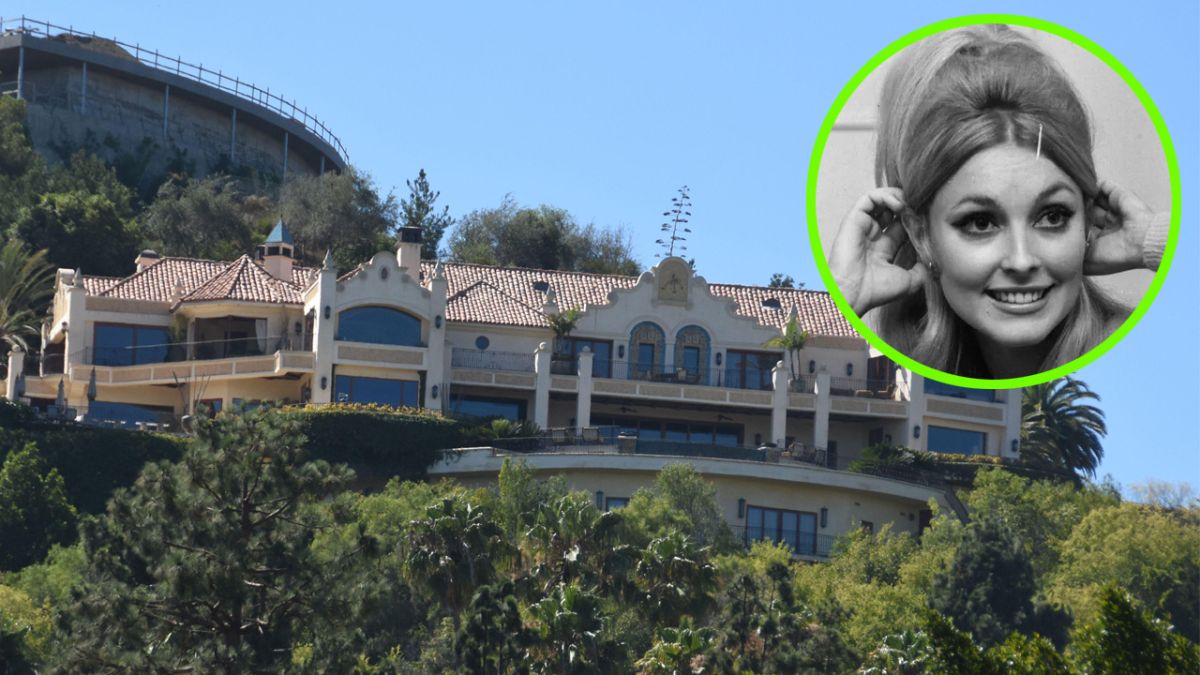 More than 50 years have passed since heinous murder of Texan actress Sharon Tate, who was killed, along with four other people, by members of the Manson ‘family’ when he was inside his luxurious mansion in Beverly Hills, California.

The Hollywood sex symbol, who at that time I was 26 years old and pregnant, was back in the news a few hours ago, when it became known that the lot where his house was located was put up for sale, which has already been demolished.

In its place was erected an imposing estate, known as ‘sky Stay’, which began to be built in 1996, but it was not completed until years later.

The current owner is Jeff Franklin, creator of ‘Full House’, who bought it in 2007, for $6 million dollars, but it was not finished yet.

Fifteen years later the house returned to the market and did so for the stratospheric amount of $85 million dollars, a figure infinitely higher than that paid by Franklin.

According to the technical sheet, released by various media specialized in the sale of real estate, the building of Andalusian architectural style and that was designed by the architect Richard Landry, has an extension of 21,000 square feet, with nine bedrooms and 18 bathrooms.

It also has a hall, a kitchen, a breakfast room, a dining room, a living room, a main room, an aquarium, a television room, a bar, a family room and a piano room.

As well as a game room, gym, movie theater, spa, beauty salon, underground garage for 16 cars, balconies, among other rooms.

Outside, on his lot 3.60 acres, has a terrace, extensive green areas, a guest house, two Jacuzzis, a koi pond, a lazy river, a cabin, as well as a resort-style pool with three waterfalls, a grotto, a bar and a their respective slide.

In addition to attracting attention for its rooms and its amenities, the residence also stands out for its enviable location, being located in one of the highest points in beverly hills, so the views from there are unique and spectacular.

Before being released for sale, at a figure that only a few can afford, the beautiful home was put up for rent for $$250,000 monthly.

To see more images of this mansion that is shaking up the California real estate market, click here.

Jhonny Caz, from Grupo Firme, opens his house and proudly shows it off with his fiancé