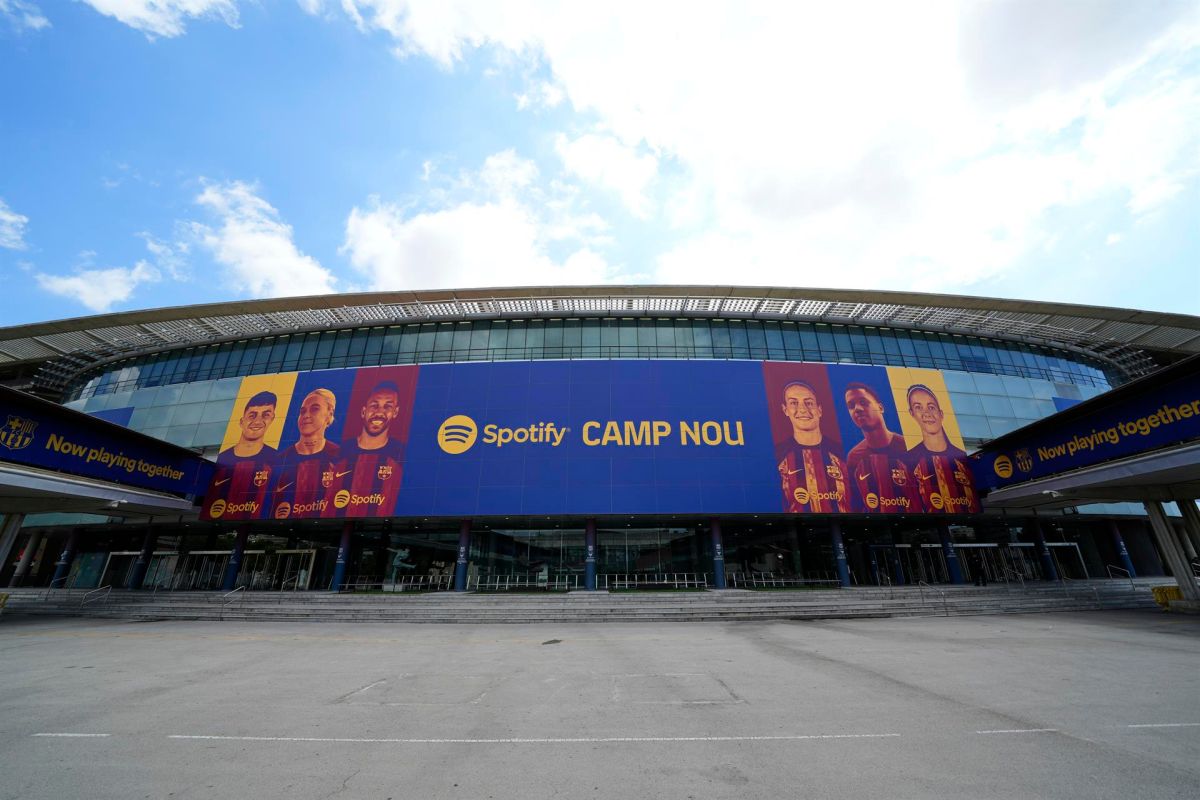 Barcelona and Spotify launched this Friday the alliance with which the streaming audio platform becomes the entity’s main sponsor, which adorned the main facade of the Camp Nou with the Swedish company as the protagonist along with players from the men’s and women’s first team.

In addition to sponsoring the fronts of the competition and training shirts for the men’s and women’s soccer teams, the Swedish multinational becomes the ‘Title Partner’ of the Barça stadium, which is renamed Spotify Camp Nou.

As of this Friday, the grandstand facade of the main venue of the Catalan entity sports a new mural with the players of the first women’s and men’s teams Pedri González, María León Ansu Fati, Alexia Putella, Pierre Emerick Aubameyang and Aitana Bonmatí, along with the name of Spotify Camp Nou in the center.

yesAs reported by the Barça club, a delegation of company executives is scheduled to visit the club’s facilities, that integrates from this Friday the image of the platform in its different spaces and supports.

In addition to the facade, Spotify will also have a presence inside the stadium, in the seats of the stands, the bench of the first team and the visiting team, and through other assets at the foot of the lawn. Once the Camp Nou works are finished, the brand is expected to appear on other advertising media on the site.

Likewise, the name of the company will appear in other assets such as the advertising panels used in the press room and the mixed zone, as well as in other institutional activities held at the Camp Nou and the Johan Cruyff Stadium.

The collaboration with Spotify also provides for the association with the Barça Academy. Ayes, the brand name will also appear on the front of the shirt of the club’s Academy Pro teams.

In the digital field, Spotify will also have a presence in the audiovisual content created in the training sessions of the football teams and which will be disseminated on the entity’s social networks.

With this agreement, Barcelona will enter approximately 70 million euros ofover the next four years, counting variables for performance.

The new VAR: FIFA will use artificial intelligence in Qatar to detect offsides

Would Chicharito be the savior? Chivas de Guadalajara fans demand a reinforcement for the injury of José Juan Macías