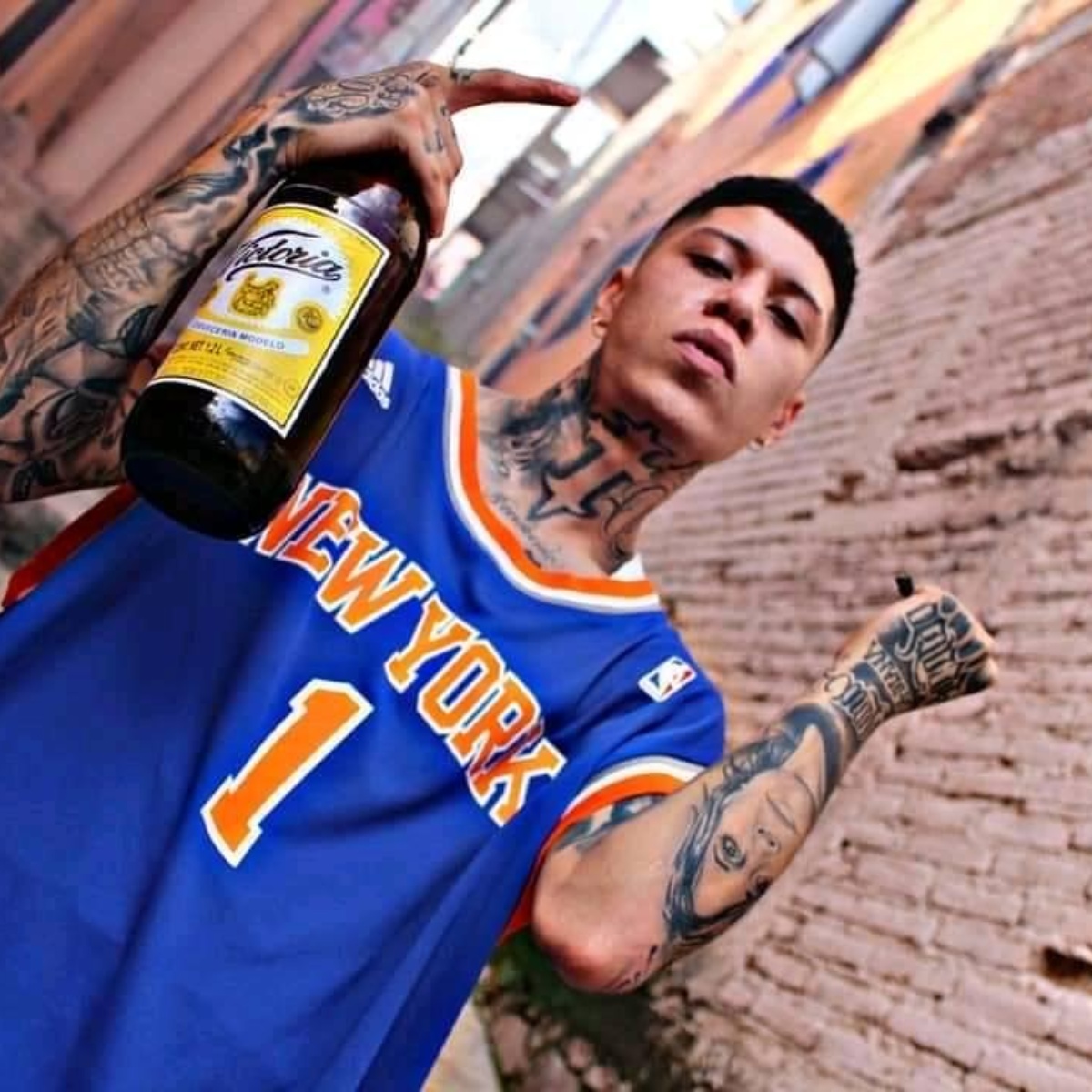 The designer Ernest Serna Reyesknown in the world of TikTok as @srbrander, caused a furor among netizens by showing off the visuals of the “Chela Klan”, a brand of beer inspired by Santa Fe Klanthis at the request of one of the fans of the Guanajuato rapper.

Through his TikTok profile, the talented designer shared a video of just 15 seconds, in which he reveals that was inspired by the style and tattoos of the also composer to give life to the logo and image of the beerwhich could be a complete success if an entrepreneur is interested in the idea and makes it a reality.

“Chela Klan: Between death and vice” is the slogan of this fictitious brand of beerwhich has caused great fury on social networks and has fascinated fans of the hip-hop artist, who is currently awaiting the birth of his first child with Maya Nazor.

Santa Fe Klan and its impact on Spotify

The Santa Fe Klan began his career as an artist on the urban scene when he was just 13 years old.. From an early age he was interested in the world of music and today he has a wide musical repertoire that includes more than 50 songs, all available on the Spotify platform.

With more than 9 million monthly listeners, the rapper from Guanajuato has managed to become a prominent exponent of the hip-hop scene in Mexicowhich has helped him get thousands of fans of all ages, who dance and sing his songs with so much feeling.

It may interest you: Santa Fe Klan confessed that at the beginning he had to exchange records for fruit

What is the real name of the Santa Fe Klan?

AmericanPost.News previously mentioned to you that the real name of the Santa Fe Klan is Ángel Jair Quezada Jasso. At just 22 years old, the rapper has had great solo successes and is one of the biggest talents on the 473 Music record label.