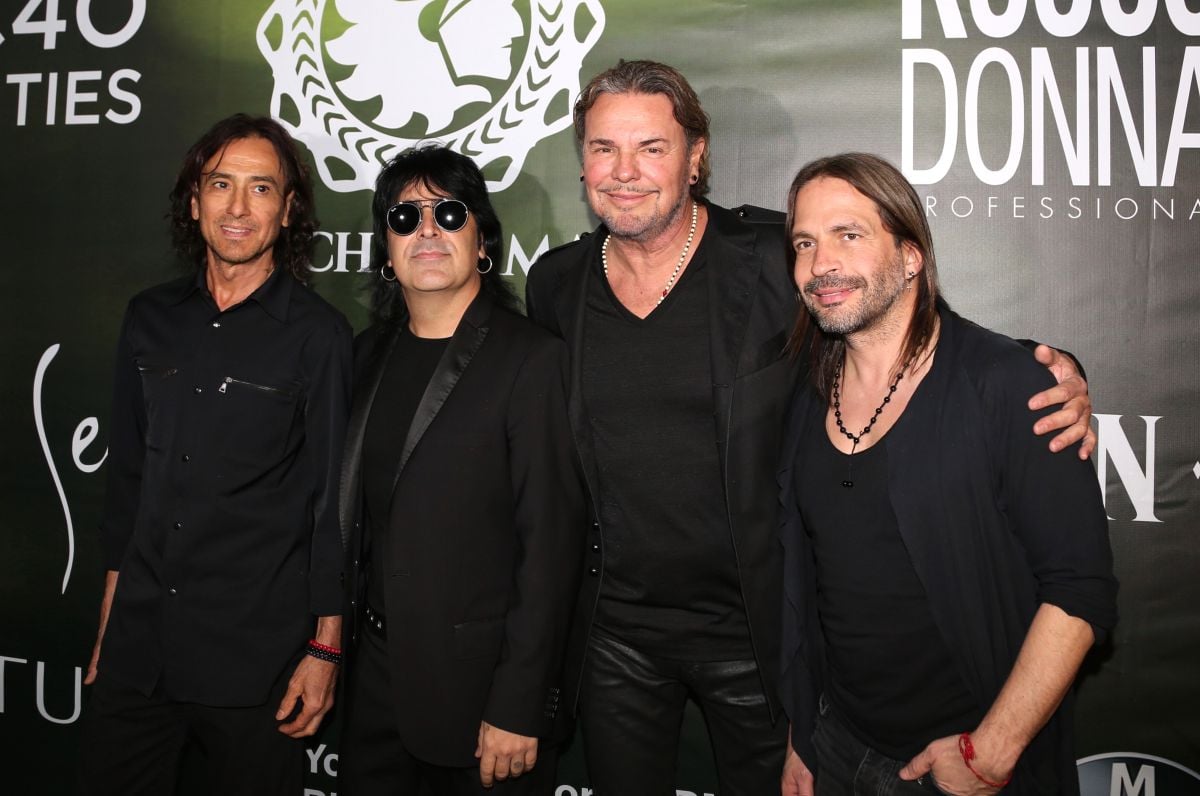 Last Saturday a video went viral where it is seen that the group Maná had a presentation in California, and it is that the images can be seen when a fanatic is going to go on stage and At the moment of hugging him, she climbed on top of him so that he could carry her and they fell.

The reason for their presentation is due to what was The Kla Forum, in California, United States, and that is that while they performed the show, the members of the aforementioned band They told the woman to go up on stage for a moment, and you can see that she goes very happy to where Fher was.

Fher’s reaction was quite comical, Right there she got up with a smile on her face and then asked her name and she quite happily replied “Nancy”. Later, the interpreter of ‘Rayando el sol’ asked him: “Hey, But do you play American football or what? No ma**, with everything“He said while laughing.

The group took the opportunity to share the funny moment through their personal Instagram account that lasts 39 seconds. In addition, the audiovisual was accompanied by the following message: “Like when you go to wrestling instead of a concert. #ManaLaResidence. Are you ready for the sixth night at @thekiaforum?

The fanatic who knocked him down commented on the publication and apologized while telling him that it was a great emotion for her to see him so close and the adrenaline was what caught her in a moment like that.

“A thousand apologies for Fher, the adrenaline won me“, was the message that he shared and that the group fixed.

However, hours later they responded from the same account and the band’s vocalist explained that when he arrived at the hotel his “old woman” called him out and had “another round.” Although he stressed that the moment in which they both fell to the ground was very funny.

“Hello Nancy, hahahaha, the fall was fun and the good thing is that there was a mattress! I felt like a fighter in the Arena Mexico. La broc * is that my mom arriving at the hotel put me together a panchote and I had another round … And I ended up sleeping in the lobby, hahahahaha. Cheers!”.